Tyranny of the Beat Pt. II

Imagine how free and relieved we might feel if, just for a time, we could lose the ticking clock and there was no pulse haunting us? 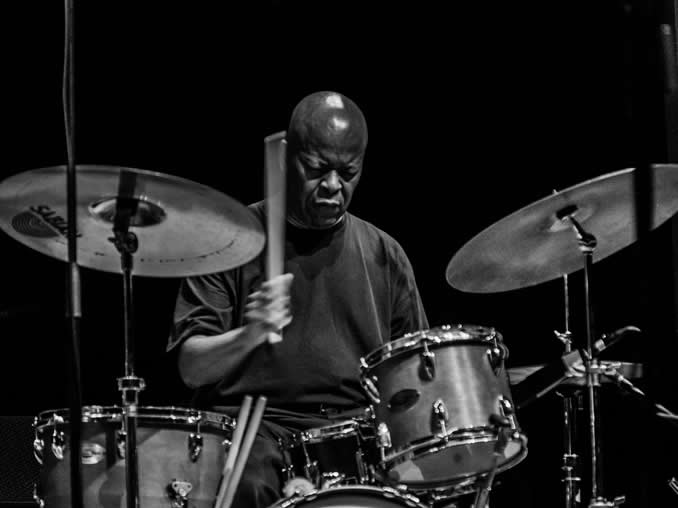 [dropcap style=”font-size:100px;color:#992211;”]L[/dropcap]Looking at the history of popular music, in the sixties jazz relinquished its status to pop/rock as the Western world’s dominant musical form. Traditional jazz genres, working with a recognisable beat, had been played out to a point of ‘heard it all before’. Newer approaches—John Coltrane’s out-there experiments, fire jazz, free jazz—all abandoned regularity of rhythm in favour of an expanded space where anything was possible. The result was mass rejection. People didn’t want open horizons and limitless vistas; to minds steeped in the beat, anything else sounds tricky, difficult and a touch scary.

As pop and rock advanced, rhythm gained ever increasing prominence in the form of both metal and of punk: the former focused on rhythm as part of a quest for heaviness, the latter did so as part of a desire for ‘anyone can do it’ simplicity and democratisation. The decline of rock looked little different to the fall of jazz; traditional beat-driven rock—grunge, Britpop, the overhyped NYC scene of the early 2000s—was exhausted. Outside of it there were numerous alternatives, whether the noise scene, the improvised music of ‘New Weird America’, power electronics, drone, but once again, instead of breakthrough and a popular embrace of new sonic possibilities, there was a terrified retreat and a reconsolidation around the beat.

This was the point where hip hop took the mantle as the West’s most powerful cultural form while dance, as a defined musical genre not just a pursuit, became the world’s most popular music. What we have, today, is a culture in which the music consumed by a majority of people has the dominance of the beat written into its DNA. It’s near impossible to conceive of hip hop (a form originating in the looping of percussion breaks to create breakbeats) or dance (where beats-per-minute is often fundamental to the definition of a subgenre) without the beat. The rejection of rock’s new forms in the nineties was even more extreme than that of jazz’s wild new potential in the sixties. Essentially, the latter took place in a freer era where zones void of music still existed. The key mantra of the sixties was Timothy Leary’s ‘turn on, tune in, drop out’. The phrase shrewdly captured that fundamental to what was occurring was a shift in the prevalence of technology: this was about devices, music playback, sound. By the nineties, most households were filled with musical playback devices; ears were plugged by portal music devices; most vehicles came with a tape deck or CD player; and music was ubiquitous in most public spaces. The beat had been ingrained into a higher percentage of day-to-day living than ever before.

“People absorb an implicit sense of rules without being told, it’s a Pavlovian reflex. The internal policeman is what Burroughs called ‘Control’ with a capital C. Once things get digital you can do anything, a tremendous amount of editing and transformation, but people are implicitly drawn to simplicity. That’s interesting from many perspectives in terms of how people think about art and design. I’d be willing to go toe-to-toe with psychoanalysts and people doing critiques of society to argue that it’s all about a fear of complexity. The world is already complex enough, most people are struggling to live let alone to thrive.” DJ Spooky discussing the reaction to his album Songs of a Dead Dreamer

More than just a matter of time, the beat now booms across a greater geographic space than ever. The idea that the sixties possessed a monolithic culture isn’t entirely accurate. The power of key broadcasters was indeed high, but most broadcasting was local and contained by national borders. This ensured a very fragmented landscape of approved consumption, it meant regional or national music forms could survive and thrive, it gave the possibility that one could be unaware of sound. As late as 1980, Kurt Cobain was able to sit in the Pacific North West, consuming images of the Sex Pistols through magazines; while having no clue what punk sounded like because it was impossible to locate the records locally or to hear it on the radio, he wrote his first songs and developed his earliest material while trying to imagine punk music in his head. Physical space existed where small communities could imagine sounds all their own and allow them to gestate—the entire US underground of the eighties was built on this ability to avoid the radar of popular culture. Now, near-instantaneous transnational connectivity means ever less space for alternatives to thrive. The possibility of escaping the beat has dwindled.

Educated since birth to accept the beat, smothered in it for so long we’ve evolved to accept it as readily as oxygen, with a technological framework pushing it into the very corners of our time and space, it doesn’t surprise me that there’s not more resistance. Who thinks to reject the stomp of jackboots when they’re everywhere, every day, and we’ve welcomed them into our homes? The beat is the appropriate sound for the age we’re in. The working day is divided by time sheets, calendar reminders, productivity metrics: quantified and marked time. By choice we now soundtrack our private time in the same way. We don’t ‘wander lonely as a cloud’, we count steps, pace and stride. We don’t luxuriate in the mellow sway of a pool, we measure lengths and laps. We embrace music that slow claps us toward the grave because the idea of time is now so ingrained we’re perturbed by its absence even as we seek out timelessness in dance, alcohol, drugs, sleep. Imagine how free and relieved we might feel if, just for a time, we could lose the ticking clock and there was no pulse haunting us?

This is not a wholesale rejection of the beat. No, think of this as more like dietary advice, a suggestion that slimming down one’s consumption might be of benefit and that expanding one’s palette is a virtue. There are alternatives to fast foods and there are ways to escape the beat. Take it slow, seek out something beyond the four/four, get used to music moving in unexpected ways—even hip hop has its beat-resisters like JPEGMAFIA. From there, take a shot at the kind of jazz where percussion ceases to be the constant slave clap and becomes a narrative tool and solo voice in its own right. Try William Hooker! Give Chris Corsano a chance! Maybe try some improvised music where instruments and musical qualities are equal friends and take their turns to enthral. Then, after all that, perhaps put the beat away and find some of the music that lives beyond the sound of one’s own heartbeat. Resistance is possible. Resist the beat.

Read Tyranny of the Beat Pt. I here