[dropcap style=”font-size:100px; color:#992211;”]I[/dropcap]nformation without judgement is the malaise of our times.

Data is ubiquitous and instant, honed into comforting patterns by the loudest voices and most meme-ready soundbyte merchants. The right image with a pithy quote can entrench a mindset, validate an untested opinion or swing an election. Nuance, discussion, peer review, challenge, connections and, particularly, doubt are sacrificed at the altar of the entitled attention span which craves sensation and entertainment in all things. The gameshow glitz of the twenty-minute TED talk, the clickbait headline, the baseball cap slogan; all race for the universal sub-floor of data-enhanced credo stasis.

Carving skywards through that downward current slices Trebuchet, connecting thought and concept in ways no algorithmic search engine ever will, trusting that you, the reader, is capable of holding an exegetical thread for longer than the seconds of an animated gif or bullet-pointed memo. Demanding it of you, in fact.

Remember how it felt to be challenged?

Issue two has gone to press and now nestles provocatively amongst the myriad titles of the UK news stand. Deciding on a topic was simple – architecture and structure parenthesise the lives of every human on the planet, it is natural that we should wish to explore their natures, applications, practicalities and design. 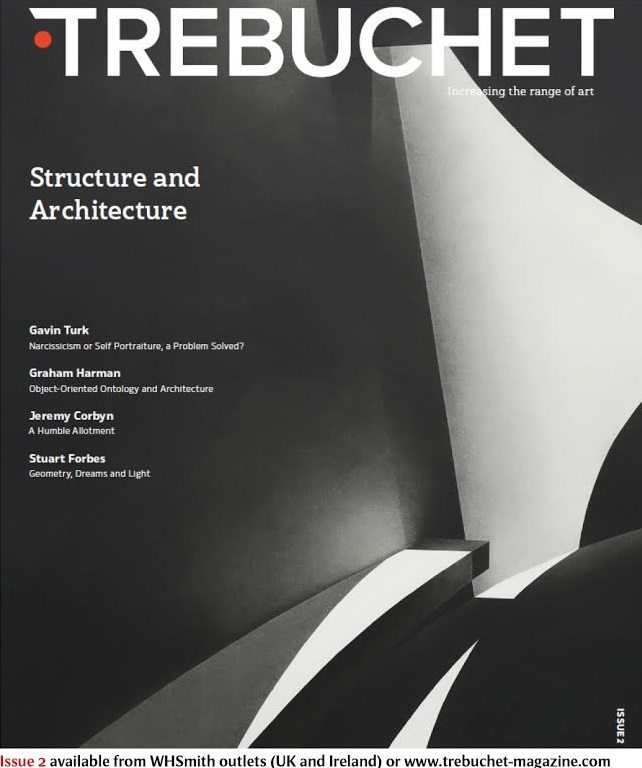 Publications devoted to the practice of architecture already exist, it was never Trebuchet’s intention to emulate or displace those. Instead, we focus issue two on the deeper elements of what constitutes structure and architecture. Stephen O’Malley speaks with barely-contained glee on the technicalities of shaping sound to wed a sonic component to the incorporeal ephemerality of cloud sculpture; Graham Harman opines on how we’ve been looking at structures with an inappropriately anthropocentric point of view all this time; Sean Keenan delves into the corpus of myth and metaphor to gauge whether or not we’ve changed our attitude to building in the last 6,000 years and Professor Bobby Acharya explains why our very understanding of space (and, by extension, what we choose to build in it) is an oversimplified and limited view of a multiverse composed of significantly more dimensions than three.

Elsewhere in the issue, some of the most creative of international architects explain what makes a great building, what makes a bad one, and how to design cutlery for use in the Antarctic. Ex-Pistol Paul Cook reveals the ghostly track of one of London’s hidden rivers, in the process providing the reader with a slew of Eureka! moments as the water-shaped logic of the capital’s streets and structures finally becomes evident. 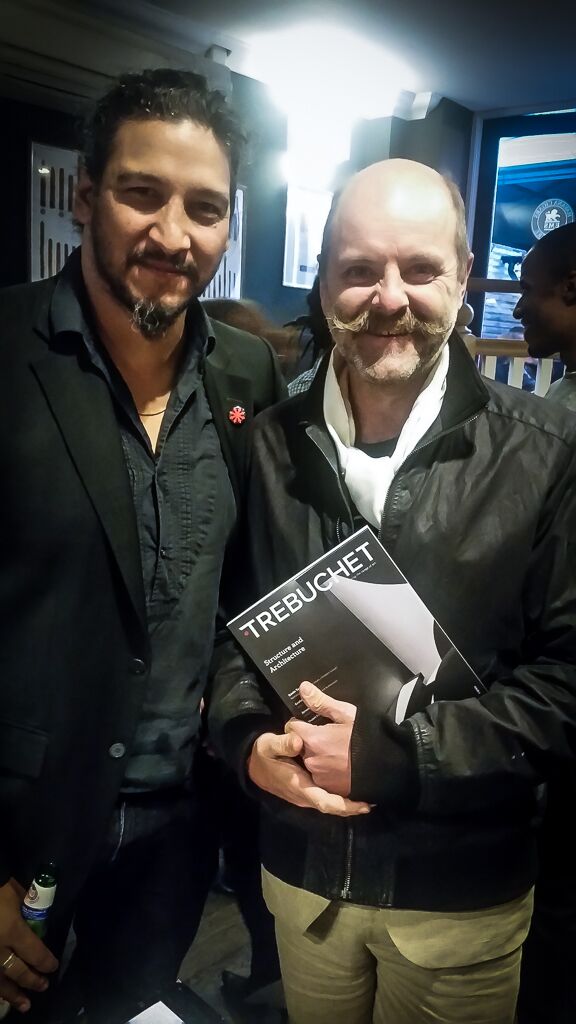 Nicola Anthony and Marc Nair plot (via poetry and visual art) the juxtaposition of hypermodern construction with age-old behaviour in Singapore and Myanmar, and Julio Etchart reveals more of Jeremy Corbyn’s character in a selection of allotment photos than a year’s worth of parliamentary debate. Throughout, Trebuchet investigates the way space is constructed: artistically (Tom Ormond, Gavin Turk), conceptually (Clifton Evans), sonically (Coldcut, Stephen O’Malley) and, of course, architecturally (Stuart Forbes).

We’re pretty proud of it, and were prouder still to put copies into eager hands at the issue’s mid-September launch at the Soho Whiskey Club, kindly (and lavishly) sponsored by Port Royal Patties, Tom of Finland Origanic Vodka and The Glenlivet. Photos from the night 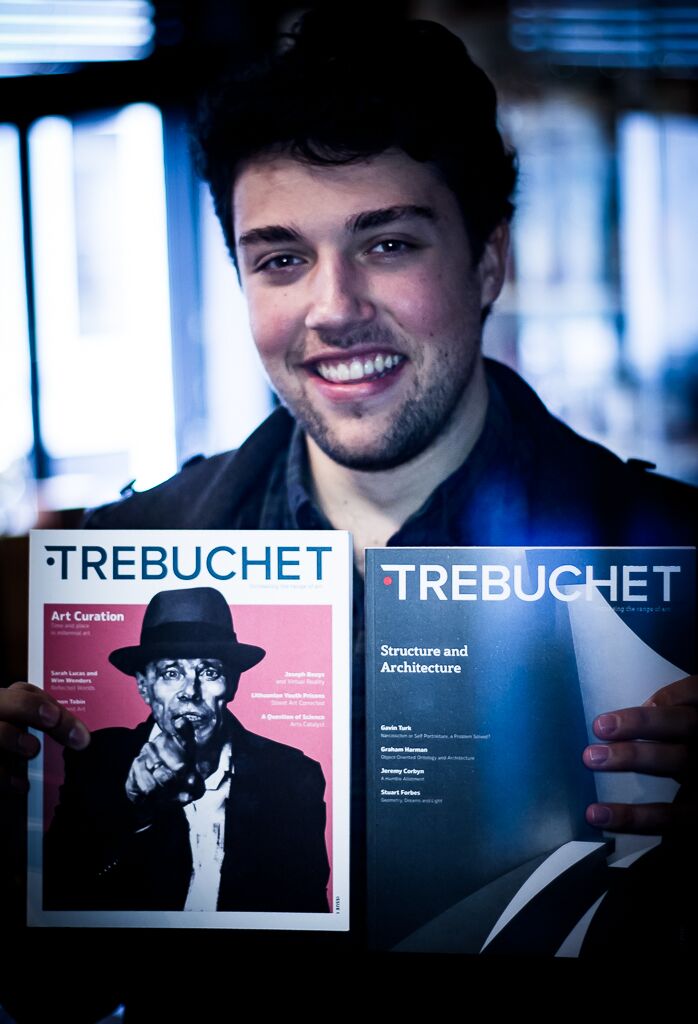 Thanks to all present for their support, encouragement and curiosity. Thanks too, to all subscribers, purchasers, and those of you reading these words. Trebuchet offers a complex and nuanced commentary on complex and nuanced subjects, it exists to offer more than the clickbait memefarm smartphone-attention-span oversimplification of the tl;dr media majority, and without you, it couldn’t exist.

Next Story:
Can a Tablet Teach Kids to Juggle?