A hard hitting aggressive storm of riffs and drums introduces a ferocious metalcore sound to begin a relentless sonic assault. You get the feeling that this is something which won’t let up any time soon. With a deep growl signalling the start of ‘shit going down’ (to use a popular phrase), this track just charges on. Decorated with harsh, screamed vocals which border on metalcore at moments, but still retain that heavier edge (much like At The Gates and The Haunted), it just keeps on with its crushing and relentless groove. With plenty of flow, it is a track which demands headbanging and moshing. In a live setting, I would happily oblige.

From here on out the album is, for the main part, full on intensity.

“Salvation In Sacrifice” continues the onslaught. After a clean intro with an ominous feel, the crashing cymbals and heavy riffs bring on the start of the groove laden metal domination. With a callback to earlier 21st century metal delivered in the vein of Machine Head and Lamb of God, the hammering riffs and aggressive growling vocals push forwards, periodically punctuated by harsh screams in the chorus.

Lead wise, its tight and intricate, slowly snaking its way along a melodic tightrope between technique and flair. The standout points though are the dynamics of the breakdown sections, which really give the groove a massive effect, making it feel heavier than it actually is.

“Ominous” is exactly that. The dissonant feel and droning melody in the intro has an unsettling undercurrent to it and the powerful riffs hit hard with a slow and steady groove. Low growled whispers bring the verse in and they grow in presence as it rolls on. The feel of an explosive breakaway looms, and the harsh screams leading to the lyrically intense and venomous chorus deliver. Staying relatively steady with its simple riffing groove, it helps create an intimidating atmosphere which persists through the entire duration of the track, even infecting the lead section with its sinister feel..

“The Birth of Suffering” has another clean intro. This time it is more intricate and melodic. The acoustic arpeggios have a bright sound which is a fitting contrast compared to the dark feel they generate and,0 as this progression turns distorted, it simplifies a little but stays gloomy. Steady paced riffs litter the verse, giving a solid foundation for the venomous vocal delivery. As it progresses, the riffs become more intricate. The descending, twisting riff adds more heaviness before the simple, well phrased and voiced chorus hits, acting as a momentary reprieve from the harshness. Near the middle of the track it cleans up. A simple repeated clean lick keeps the tension going as faint cymbals clash, before it explodes into a very Gojira-esque section. With a massive sound and presence, it smashes away, with a complexity to the riffs and a powerful tone to boot.

“The Cleansing” is a short two minute clean instrumental reprieve from the musical maelstrom so far. Steady paced, laid back and melodic, it almost has a bluesy quality to its uplifting vibe. It could very well be the musical light at the end of the tunnel, but “Exhume The Venom” which follows, is the freight train behind the light smashing you into oblivion. 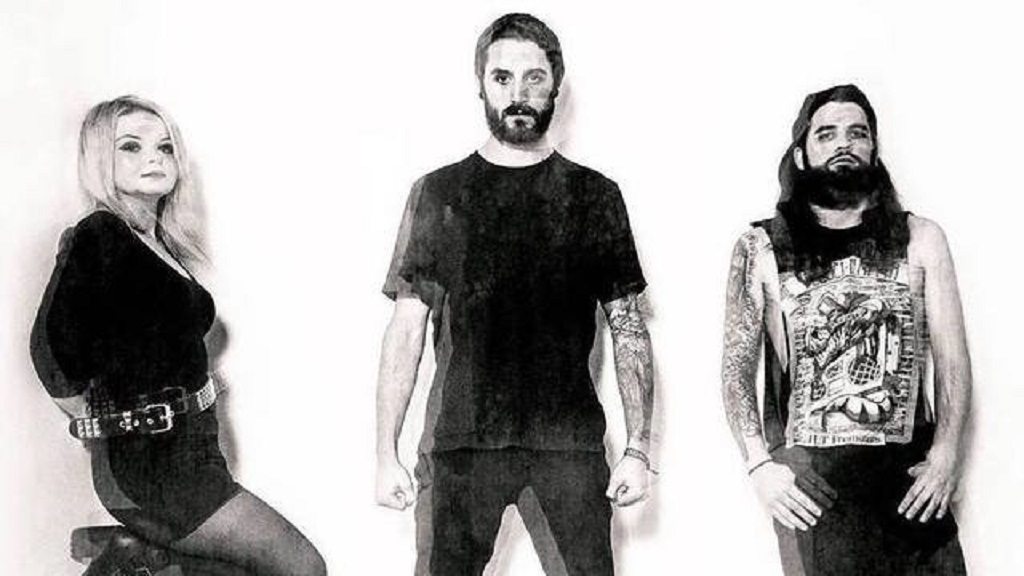 With its harsh screamed vocals and hardcore feel, “Exhume The Venom” is just as scathing in its delivery as the previous tracks. With that early metalcore/hardcore sound and delivery, the big grooves are perfect for headbanging to as they hammer away at a solid and stable pace. The angry lyrics, spelling out tales of violence and retribution, work harmoniously with the aggressive riff work, livng up to the venomous aspect in its title. Halfway through, it eases up a little in screamed lyrics as the deep primal roars take prominence, but the harsh screams behind them keep the intensity going to the final note.

“Void” has some serious low end to its tone. Powerful and steady, the monolithic riffs ring out to a slow drum beat which keeps it all locked in place. The thick sound of the low register riff work sounds hollow at times, but the thunder behind it and that unmistakable low register more than makes up for the sterile feel. The growled vocals work well with this sound, giving it the missing fire and intent (mostly of the ill variety). With some similarities to the Nu-Metal era, you could think that listening to this has sent you back to 2001! There are brief flurries of speed and complexity round the mid-section which lead to a rather dissonant passage with spoken word vocal delivery, setting up for the big headbang section before wrapping the track up and setting the scene for the album closer.

“The Gates Of Hell” is nearly nine minutes, making it an epic of sorts. Opening up with piano melody lines over metalcore riffing, it gives a slightly grandiose feel to the start of the track. The way the piano lines dance across the chugging riffs works brilliantly and the subtle lead melody from the guitars helps keep that feel going until the verse hits. Harsh screamed vocals over heavily muted riffs chugging out a subtle progression are set to a backdrop of rhythmic tightness from the bass and drums. The growled vocals come in, adding more edge to the track and, once again, the piano lines come back, spicing it all up. This pattern persists (albeit with some slight variations like less emphasis on muting the riffs and adding a bit more depth to the vocals where needed), but the steady paced groove drones on unimpeded.

Halfway through it cleans up. This, given the length of the track, is to be expected, as longer tracks often need some variety and this has been the pattern throughout the release. The subtle arpeggios ring out with a gentle to them underneath the lightly distorted melodic lead line. Shifting to a harmony melody, the track retains the grand and heavy feel but the gentle delivery eases it, allowing for a build up to begin. Distorting, getting harsher and shifting the groove a little, it kicks back in with some power and keeps going (interestingly, with a slightly uplifting feel). Returning to the original progressions again, the fierceness is back, and whilst the track has managed to keep the listener engaged, its relative simplicity and lack of intricate or technical lead sections does hinder it. The distortion eventually fades out, allowing a brief pause before a sombre piano melody comes in, bringing the album to a close.

Overall, Throne Of Bones is a solid offering of groove laden metalcore. Elements of thrash and death metal distributed throughout the eight tracks deliver on the heaviness and intensity stakes, proving that it remains hard hitting from the opening notes to the sombre finish. The simplicity, whilst a blessing in an age of polyrhythmic shifting and technical indulgence, does hinder it when it comes to diversity. For those wishing for a nostalgia kick back to the metalcore days of the early 2000s, this is for you!

Next Story:
Brexit: The Betrayal of the Young