The Police State Makes Its Move 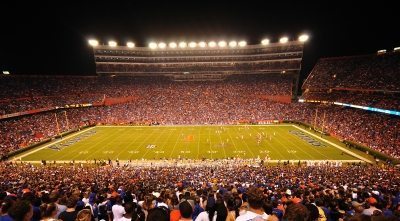 Retaining One's Humanity in the Face of Tyranny

For days now, we have endured demonstrably false propaganda that the fallen soldiers of U.S. wars sacrificed their lives for "our freedoms." Yet, as that noxious nonsense still lingers in the air, militarized police have invaded OWS sites in numerous cities, including Zuccotti Park in Lower Manhattan, and, in the boilerplate description of the witless courtesans of the corporate media, with the mission to "evict the occupiers".

The U.S. military and the police exist to protect the 1%

Hundreds of NYC riot police forcibly evicted Occupy Wall Street from Zuccotti Park early on Tuesday, Nov. 15, 2011. U.S soldiers died protecting what and who again? These actions should make this much clear: The U.S. military and the police exist to protect the 1%. At this point, the ideal of freedom will be carried by those willing to resist cops and soldiers. There have been many who have struggled and often died for freedom–but scant few were clad in uniforms issued by governments.

Freedom rises despite cops and soldiers not because of them. And that is exactly why those who despise freedom propagate military hagiography and fetishize those wearing uniforms–so they can give the idea of liberty lip service as all the while they order it crushed.

When anyone tells you that dead soldiers and veterans died for your freedom, it is your duty to occupy reality and inform them of just how mistaken they are. And if you truly cherish the concepts of freedom and liberty, you just might be called on to face mindless arrays of fascist cops and lose your freedom, for a time, going to jail, so others might, at some point, gain their freedom.

I was born in Birmingham Alabama, at slightly past the mid-point of the decade of the 1950s. Many of my earliest memories involve the struggle for civil rights that was transpiring on the streets of my hometown.

My father was employed at a scrap metal yard but also worked as a freelance photojournalist who hawked his work to media photo syndicates such as Black Star who then sold his wares to the major newsmagazines of the day. A number of the iconic photographs of the era were captured by his Nikon camera e.g., of vicious police dogs unleashed on peaceful demonstrators; of demonstrators cartwheeled down city streets by the force of fire hoses; of Dr. King and other civil rights marchers kneeled in prayer before arrays of Police Chief Bull Connor's thuggish ranks of racist cops.

In Birmingham, racist laws and racial and economic inequality were the progenitors of acts of official viciousness. The social structure in place was indefensible. Reason and common decency held no dominion in the justifications for the established order that was posited by the system's apologists and enforcers; therefore, brutality filled the void created by the absence of their humanity.

And the same situation is extant in the growing suppression of the OWS movement in various cities, nationwide, including Liberty Park in Lower Manhattan. The 1% and their paid operatives–local city officials–are striving to protect an unjust, inherently dishonest status quo. Lacking a moral mandate, they are prone to the use of police state forms of repression.

Dr. King et al faced their oppressors on the streets of my hometown. Civil Rights activists knew that they had to hold their ground to retain their dignity…that it was imperative to sit down in those Jim Crow-tyrannized streets when necessary in order to stand up against the forces of oppression.

At present, we have arrived at a similar moment. If justice is to prevail, it seems, the air of U.S. cities will hold the acrid sting of tear gas, the jails will again be filled, the brave will endure brutality–yet the corrupt system will crumble. Because the system's protectors themselves will bring it down by revealing its empty nature, and the corrupt structure will collapse from within.

Yet, when riot police attack unarmed, peacefully resisting protesters, the mainstream media often describes the events with standard boilerplate such as "police clash with demonstrators."

This is inaccurate (at best) reportage. It suggest that both parties are equal aggressors in the situation, and the motive of the police is to restore order and maintain the peace, as opposed to, inflicting pain and creating an aura of intimidation.

This is analogous to describing a mugging as simply: two parties engaging in a financial transaction.

Although mainstream media demurred from limning the upwelling of mob violence at Penn. State as involving any criteria deeper than the mindless rage of a few football-besotted students unloosed by the dismissal of beloved sport figure.

Yet there exists an element that the Penn. State belligerents and OWS activists have in common: a sense of alienation.

Penn. State students rioted because life in the corporate state is so devoid of meaning…that identification with a sports team gives an empty existence said meaning…These are young people, coming of age in a time of debt-slavery and diminished job prospects, who were born and raised in, and know of no existence other than, life as lived in U.S. nothingvilles i.e., a public realm devoid of just that–a public realm–an atomizing center-bereft culture of strip malls, office parks, fast food eateries and the electronic ghosts wafting the air of social media. Contrived sport spectacles provisionally give an empty life meaning…Take that away, and a mindless rampage might ensue…Anything but face the emptiness and acknowledge one's complicity therein, and then direct one's fury at the creators of the stultified conditions of this culture.
It is a given, the cameras of corporate media swivel towards reckless actions not mindful commitment…are attuned to verbal contretemps not thoughtful conviction–and then move on. And we will click our TV remotes and scan the Internet…restless, hollowed out…eating empty memes…skimming the surface of the electronic sheen…

These are the areas we are induced to direct our attention–as the oceans of the earth are dying…these massive life-sustaining bodies of water have less then 50 years before they will be dead. This fact alone should knock us to our knees in lamentation…should sent us reeling into the streets in displays of public grief…

Accordingly, we should not only occupy–but inhabit our rage. No more tittering at celebrity/political class contretemps–it is time for focused fury. The machinery of the corporate/police state must be dismantled.
If the corporate boardrooms have to be emptied–for the oceans to be replenished with abundant life–then so be it. If one must go to jail for committing acts of civil disobedience to free one's heart–then it must be done.

Yet why does the act of challenging the degraded status quo provoke such a high decree of misapprehension, anxiety, and outright hostility from many, both in positions of authority and among so many of the exploited and dispossessed of the corporate/consumer state.

For example, why did the fatal shooting incident in Oakland, California, Nov. 1, that occurred near the Occupy Oakland Encampment–but, apparently, was wholly unrelated to OWS activity cause a firestorm of reckless speculation and false associations.

Because any exercise in freedom makes people in our habitually authoritarian nation damn uneasy…a sense of uncertainty brings on dread–the feeling that something terrible is to come from challenging a prevailing order, even as degraded as it is.

Tyrants always promise safety; their apologists warn of chaos if and when the soul-numbing order is challenged.

the ruling elite want to suppress the very impulse of freedom

Granted, it is a given that there exists a sense of certainty in a prison routine: high walls and guards and gun mounts ensure continuity; an uncertainty-banishing schedule is enforced. Moreover, solitary confinement offers an even more orderly situation…uncertainty is circumscribed as freedom is banished.

The corporate/national security state, by its very nature is anti-liberty and anti-freedom. Of course, its defenders give lip service to the concept of freedom…much in the manner a pick-pocket working a subway train is very much in favor of the virtues of public transportation.

A heavy police presence has ringed Zuccotti Park from the get-go, and whose ranks have now staged a military style raid upon it, a defacto search and destroy mission–because the ruling elite want to suppress the very impulse of freedom. These authoritarian bullies don't want the concept to escape the collective prison of the mind erected and maintained by the corrupt jailers comprising the 1% who claim they offer us protection as, all the while, they hold our chains…all for our own good, they insist…for our safety and the safety of others.

Although, from studying on these prison walls, the thought occurs to me…that what we might need is protection from all this safety.