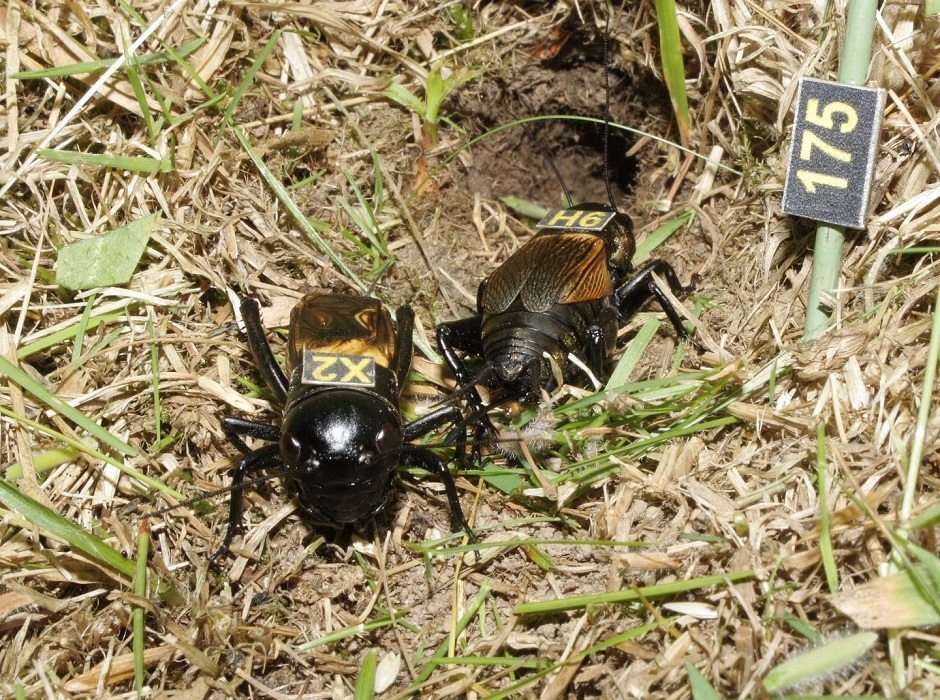 We haven’t seen such a thing since Jiminy in Pinocchio. Oh, the feels!

As insects grow old their behaviour becomes increasingly predictable according to new research published in the journal Behavioural Ecology. The study, which set out to understand how personality alters with age, found that behavioural traits tend to become entrenched as crickets age.

The results suggest that older crickets may struggle to respond to changing environmental conditions and would therefore be at a disadvantage relative to younger individuals in the face of changes in climate, habitat or diet or in the event of a natural disaster.

In the study, carried out by the University of Exeter, wild field crickets (Gryllus campestris) were set personality tests to measure their shyness, their inclination for activity and exploration and their tendency to leave a refuge.

The researchers found that the crickets, which had an adult lifespan of about 25 days, all had different personalities but, unlike humans, they tended to become more active as they grew older.

David Fisher from the University of Exeter’s Penryn Campus in Cornwall said: “Even animals that only live for a very short time show signs of ageing, just like humans. Our results show that behaviour in field crickets tends to become more ingrained as the individuals age.”

Project leader Professor Tom Tregenza also from the University of Exeter said: “This has important implications for our understanding of the survival prospects of older animals as it suggests that they may be less able to respond to changes in their environment.”

The study was carried out in a Spanish meadow wired up with 140 video cameras to capture the lives of an entire population of wild insects. Crickets were caught, tagged, tested and released back into their burrows. The entrances to the burrows were monitored to enable the same individuals to be re-captured. They then underwent further personality testing to determine how their responses changed with age.