Often described as the ‘Agnes Martin of Italy’, Bice Lazzari remains largely unknown outside her country of birth. 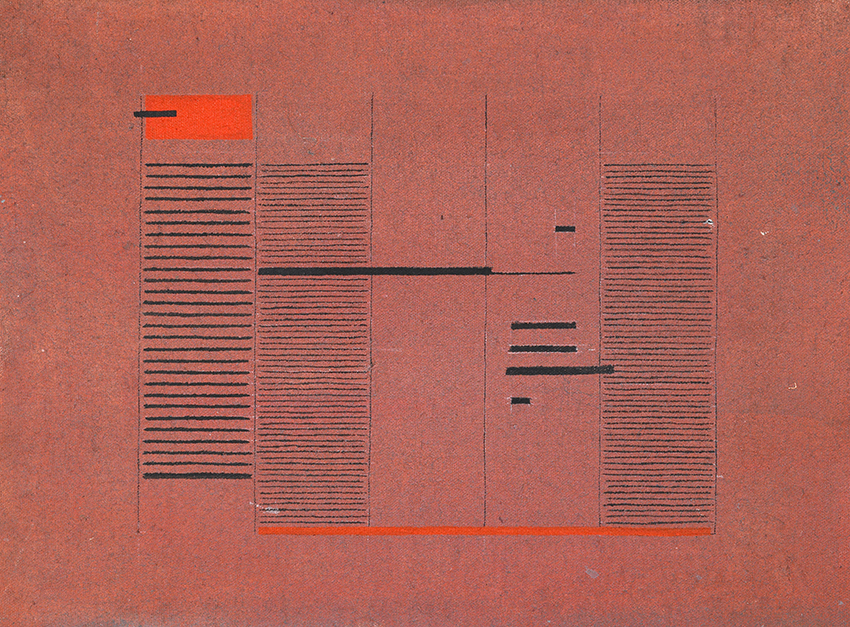 Opening on 14 January 2022, an upcoming exhibition at The Estorick Collection, organised in collaboration with the Archivio Bice Lazzari in Rome, aims to introduce new audiences to the pioneering practice of Bice Lazzari.

Born and raised in Venice, Lazzari studied at the renowned music school Conservatorio di Musica Benedetto Marcello di Venezia (named after the composer Benedetto Marcello) and began to paint in the early 1920s. While she was initially interested in figurative art, she was advised, as a woman, to become a designer and so, in 1935 she moved to Rome where she collaborated with architects and decorators on abstract designs for clients.

It was not until after the Second World War that she was finally able to devote herself to painting and later, to the creation of abstract art, establishing a reputation as one of the most innovative Italian abstract artists of the 20th century. She wrote, “I arrived at abstract art without any teachers or models. I knew nothing about abstract painting abroad because of the provincial climate of cultural isolation that held sway at that time.”

By the 1950s, Lazzari was painting abstract compositions that encompassed the gestural techniques of Art Informel. Drawing on her earlier studies, her mark making was often inspired by music, creating a distinct rhythmic quality that seems to flow across multiple works. In 1964, she was forced to stop working with oil paint due to the damaging effects to her eyes and began experimenting with acrylics which led her towards more minimal, hard-edged abstraction.

Including over 40 artworks from across the course of her artistic career, the exhibition seeks to trace the evolution of Lazzari’s practice and her wider contribution to the development of abstract art in the twentieth century. Next Story:
Poetry in the Precision: Jordan Ann Craig