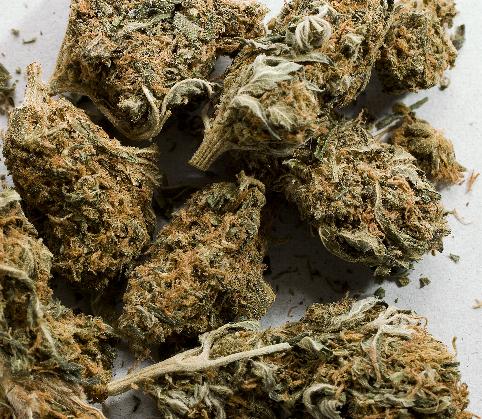 ..and you won’t even have to listen to Jam Bands!

Though marijuana is a well-known recreational drug, extensive scientific research has been conducted on the therapeutic properties of marijuana in the last decade. Medical cannabis is often used by sufferers of chronic ailments, including cancer and post-traumatic stress disorder, to combat pain, insomnia, lack of appetite, and other symptoms.

Now Prof. Yosef Sarne of Tel Aviv University’s Adelson Center for the Biology of Addictive Diseases at the Sackler Faculty of Medicine says that the drug has neuroprotective qualities as well. He has found that extremely low doses of THC — the psychoactive component of marijuana — protects the brain from long-term cognitive damage in the wake of injury from hypoxia (lack of oxygen), seizures, or toxic drugs. Brain damage can have consequences ranging from mild cognitive deficits to severe neurological damage.

Previous studies focused on injecting high doses of THC within a very short time frame – approximately 30 minutes – before or after injury. Prof. Sarne’s current research, published in the journals Behavioural Brain Research and Experimental Brain Research, demonstrates that even extremely low doses of THC – around 1,000 to 10,000 times less than that in a conventional marijuana cigarette – administered over a wide window of 1 to 7 days before or 1 to 3 days after injury can jumpstart biochemical processes which protect brain cells and preserve cognitive function over time.

This treatment, especially in light of the long time frame for administration and the low dosage, could be applicable to many cases of brain injury and be safer over time, Prof. Sarne says.

While performing experiments on the biology of cannabis, Prof. Sarne and his fellow researchers discovered that low doses of the drug had a big impact on cell signalling, preventing cell death and promoting growth factors. This finding led to a series of experiments designed to test the neuroprotective ability of THC in response to various brain injuries.

In the lab, the researchers injected mice with a single low dose of THC either before or after exposing them to brain trauma. A control group of mice sustained brain injury but did not receive the THC treatment. When the mice were examined 3 to 7 weeks after initial injury, recipients of the THC treatment performed better in behavioral tests measuring learning and memory. Additionally, biochemical studies showed heightened amounts of neuroprotective chemicals in the treatment group compared to the control group.

The use of THC can prevent long-term cognitive damage that results from brain injury, the researchers conclude. One explanation for this effect is pre- and post-conditioning, whereby the drug causes minute damage to the brain to build resistance and trigger protective measures in the face of much more severe injury, explains Prof. Sarne. The low dosage of THC is crucial to initiating this process without causing too much initial damage.

THC: Preventative and long-term use

According to Prof. Sarne, there are several practical benefits to this treatment plan. Due to the long therapeutic time window, this treatment can be used not only to treat injury after the fact, but also to prevent injury that might occur in the future. For example, cardiopulmonary heart-lung machines used in open heart surgery carry the risk of interrupting the blood supply to the brain, and the drug can be delivered beforehand as a preventive measure. In addition, the low dosage makes it safe for regular use in patients at constant risk of brain injury, such as epileptics or people at a high risk of heart attack.

Prof. Sarne is now working in collaboration with Prof. Edith Hochhauser of the Rabin Medical Center to test the ability of low doses of THC to prevent damage to the heart. Preliminary results indicate that they will find the same protective phenomenon in relation to cardiac ischemia, in which the heart muscle receives insufficient blood flow.

Source: American Friends of Tel Aviv University. Eurekalert.  American Friends of Tel Aviv University supports Israel’s leading, most comprehensive and most sought-after center of higher learning. Independently ranked 94th among the world’s top universities for the impact of its research, TAU’s innovations and discoveries are cited more often by the global scientific community than all but 10 other universities.

Previous Story:
Come as You Are (Hasta la Vista) [FILM]