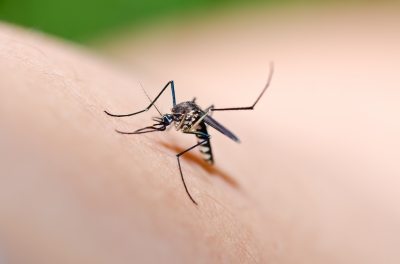 Next up: an app emitting a mosquito-repellent signal? Please?

Each year, malaria kills over 600,000 people, more than half of them children. Researchers with the non-profit Innovations for Poverty Action (IPA) and Harvard University found that simple text message reminders to take malaria medication can help in the fight against the disease by boosting the rates at which patients complete their medication regimen.

One challenge in fighting malaria is that the disease has evolved resistance to many drugs that formerly worked, according to Julia Raifman, a Ph.D. candidate in the Harvard School of Public Health, who co-authored the study. Only one class of drugs, artemisinin-based combination therapies (ACTs) remains effective and available.

“When patients don’t complete their full medication regimen, diseases can develop resistance to treatment. And with infectious diseases like malaria, drug resistant diseases can spread to others” Raifman said. “Even in the United States, studies show that about half of people don’t adhere to their medications—it’s easy to forget, or to think you’ve beaten the disease because you feel better. We’ve already begun to see resistance to artemisinin in Southeast Asia. It would be catastrophic if that became widespread and there was no effective treatment for the most deadly form of malaria,” she added.

Research staff in Ghana recruited more than 1,100 people outside pharmacies and healthcare facilities, who then used their mobile phones to enroll in an automated system. The system randomly assigned half to receive the text message reminders to take their medication at the 12 hour intervals corresponding to when the pills were to be taken. The local staff followed up with the participants several days later at their homes to check how many pills they had taken. Those who received the texts were significantly more likely to finish the full regimen.

Next Story:
Trick or Treat! A Celebration of Samhain