Trick or Treat! A Celebration of Samhain 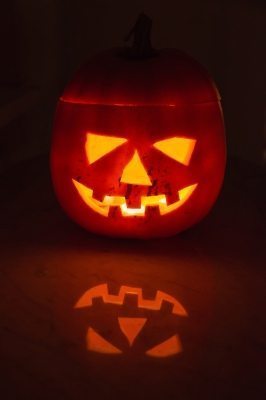 [dropcap style=”font-size:100px; color:#992211;”]L[/dropcap]
amenting commercialisation and its tendency to obscure the core narrative of seasonal celebrations is a common repast of yuletide op ed columns.

Twisted by social media post-journalism, the quippy comeback is to remark that there is a growing tendency for religion to mar the traditional gluttony and cathartic overspending of the Christmas period. Hallowe’en though, makes no call for the once-yearly display of hypocrisy in sub-zero temperatures that is midnight mass.

A harvest celebration at its root,  Hallowe’en (or All Hallow’s Eve), as a title, refers more to the Christian All Saints’ Day on November 1st than it does to Samhain : the pre-Christian observance of the Autumn solstice, and is one of those typical accretions of meaning which societies accrue when they have experienced a number of dominant belief systems over their history.

Nevertheless, it is the festival of Samhain from whence our contemporary experience of Hallowe’en stems. Variously portrayed by tubthumpers of dubious motivations as a slavering death god needing to be placated annually by sacrificial bonfires, or as some dread grim reaperesque character, the vision of Samhain as avenging deity stems from 18th century Celtic revivalism and has little precedent in extant folkloric sources. True, there is a minor character named Samain mentioned in the Tain cycle of Irish mythology, but his main grudge is at having had his magical cow stolen.

Instead, the term Samhain refers to the end of the Celtic year, and to this day simply signifies ‘November’ in the Irish language. Digging deeper, the word has connotations of ‘summer’s end’. Where things get interesting is when the word is mistaken for ‘Samana’ – the Hindu/Aryan god of death, and meaning accrues. Add to this the Celtic belief that the boundaries between the living an the dead became more fluid on the night, and we begin to see the germ of our own colourful parade of ghosts, ghouls, witches, zombies, reapers, fiends and SKELLINGTONS.

The fudging of ritual and imagery from across cultures may as well continue. A global culture can expect cross-pollination between its mythologies. This is the function of myth – to carry a core metaphor through the convergence of multiple narrative strands, each ostensibly different but each with the crucial information at the heart. In Hallowe’en’s case, the core metaphor is that old human staple – the death/rebirth fertility cycle. 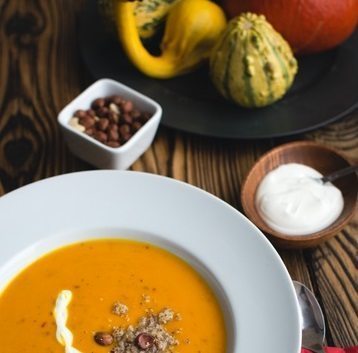 Not that we should be surprised by this – it is a common theme in post-nomadic cultures, whose dependence on the resurgence of planted (interred) crops was crucial enough to continuing survival that it be hammered into the collective consciousness with the full semiotic armoury of image, metaphor, symbol, narrative and ritual.

Get that harvest in and stored, celebrate it, then plant again for the next time around – there’s a long hungry gap until the new shoots arrive (and that occasion’s own celebration of rebirth, fertility and abundance, best known to us now as Easter – oestrogen, oestre, egg, Easter eggs, etc).

So, hollow out a pumpkin if you like, even if the pumpkin was only ever an Irish-American substitute for the more appropriate turnip from the aul’ country. Paint a death’s head on your face, even if that imagery belongs more to the Mexican Day of the Dead than the Celtic roots of Hallowe’en, and annoy your neighbours on the trick-or-treat circuit, the resulting haul of chemically-enhanced sugars an apt throwback to the harvest festival of Samhain, a celebration of abundance and cheer before the drawing-in of night and hungry times.

We all need a bit of that.

Next Story:
I Am Glacier, Hear Me Sing