Takahito Irie is currently exploring the notion of the post-internet world as part of DegreeArt.com’s Post Digital – Are we there yet? exhibition.

The show aims to probe the intersection at which our physical and virtual realities collide, questioning the process of creating art in a digital age and crucially, its very definition. Post-Digital (and Post-Internet and even Post-Media) is at the heart of numerous contemporary discussions, articles, conferences, exhibitions and publications. These discourses expose the uncertainty surrounding our relationship with the digital, but also question whether we have truly reached a new, post-digital age. Have we reached the end of the digital era, or are we merely witnessing a transformation in the way we comprehend, practically and theoretically, its role in art and our wider society? 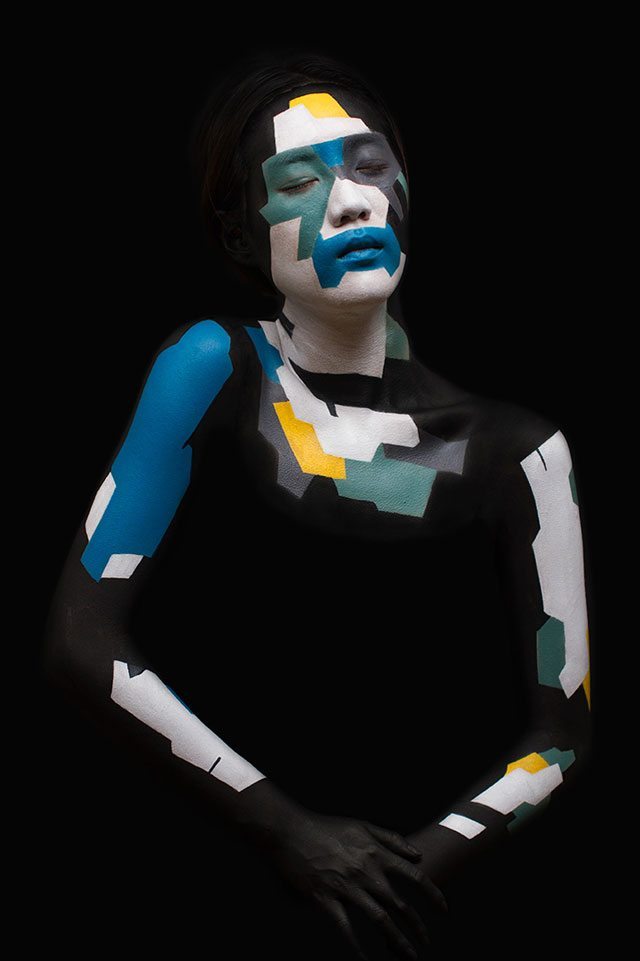 Born in Hiroshima, Japan, Takahito Irie is concerned with human to human and human via technology communication.

“From my point of view, the “Post Digital” is a situation where we take more care about humanity with body experience after digital experience.” Explains Irie.

His latest series is entitled H/U/M/A/N/M/A/C/H/I/N/E and features models painted in almost war paint like fashion with a technological twist. Talking us through his use of body paint, Irie elaborates on the patterns he uses,

“The design of patterns on the body become body shapes of their own, in other words I can say it is from the identity of the model including colour and shapes. [I] always [use] body paint, like Kabuki (Japanese traditional make up style), [and] African body paint, anytime there is a cultural concept. I’m also trying to project our cultural backgrounds on to the bodies.”

Being from Hiroshima, Irie references the importance of the historical factors of the area in his work,

“As people know, the city Hiroshima has a big history due to the atomic bombing. It was the World’s first city where the height of technology distorted the entire city, and every year we were reminded of this on the peace memorial day. When I was small, I didn’t think about my background, but after I lived in other cities such as; Tokyo, Seoul and Beijing, I always found that there is relationship between the city and people living in the city, and how these affect our lives.”

Admitting that the advanced technology of his native Japan has been a strong influence on his art, Irie explains,

“My creativity develops depending on where I am. As the city changes, my identity, and my ideas are developed all the time.” Irie sites Japanese Gundam Robots as an influence on his “human machines” explaining “I like the Sci-fi stuff. We always harbour desire and imagination for future life, and humans are making it real. This fits in with the kind of vision in Japanese animation and robot animation which are alerting us for our future.” 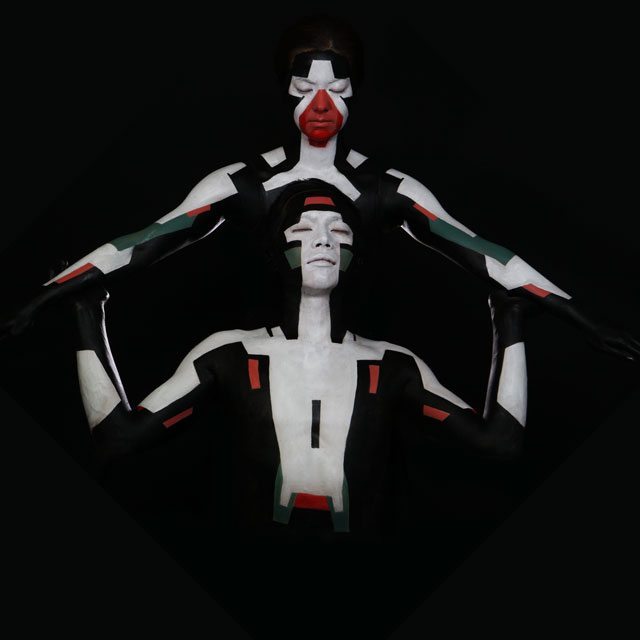 Working with the mediums of photography, film and paint, Irie explains his love for mixed media in relation to his practice, “I’m always thinking I would like to take specific medium to explain my idea. Because our body has five senses and is always communicating in various ways, I believe that my challenge and mission is to make fun ways of communicating expressions via all mediums in relation to our bodies.” Irie always selects the models he uses in his work through his friends, believing their characters affect the patterns and poses he constructs in his work, enthusing about his selection process, “If people’s looks change, the attitude and character will be changed.”

In conjunction with the Post Digital exhibition, which showcases the works of ten artists across the platforms of video, photography, installation and mixed media pieces, an online forum has been set up to allow the artists to communicate and feed off each other’s thoughts creating a Post Digital Relay. Some artists have shown the inner workings of their artworks, where others have shown their thought processes by posting their Internet browsing history. Irie shares his thoughts on the online discussion of Post Digital, 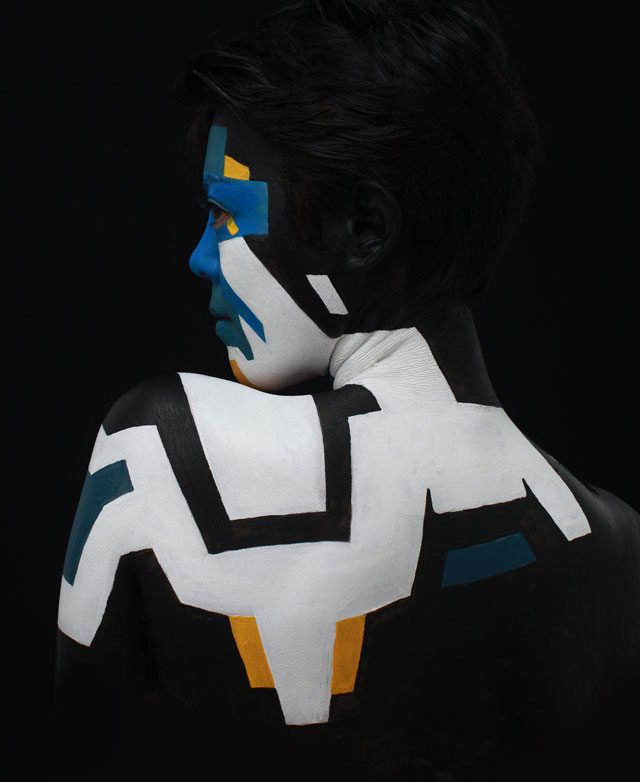 “This is great opportunity to show my works again after my show in London last year. At the moment I’m based on Seoul in South Korea, which makes it harder coming and going in between Europe and Asia. The digital aspect makes it easier to be closer and more involved [with the other artists].”

Post Digital – Are we there yet?  will run until 14th August 2014, you can watch the discussion evolve at www.postdigitalart.co.uk