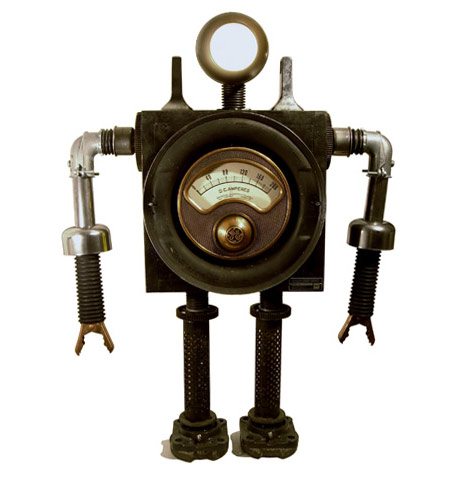 The applications for a stretchy battery are legion: truly wearable computers, robots that can change shape, terminators and of course… er the next generation of bouncing phones.

Especially when you combine it with soft generators that effeciently harvest natural energy.

The rechargeable battery can stretch, twist and bend — and return to normal shape

Northwestern University’s Yonggang Huang and the University of Illinois’ John A. Rogers are the first to demonstrate a stretchable lithium-ion battery — a flexible device capable of powering their innovative stretchable electronics. No longer needing to be connected by a cord to an electrical outlet, the stretchable electronic devices now could be used anywhere, including inside the human body. The implantable electronics could monitor anything from brain waves to heart activity, succeeding where flat, rigid batteries would fail.

Huang and Rogers have demonstrated a battery that continues to work — powering a commercial light-emitting diode (LED) — even when stretched, folded, twisted and mounted on a human elbow. The battery can work for eight to nine hours before it needs recharging, which can be done wirelessly.

The new battery enables true integration of electronics and power into a small, stretchable package. Details will be published Feb. 26 by the online journal Nature Communications.

“We start with a lot of battery components side by side in a very small space, and we connect them with tightly packed, long wavy lines,” said Huang, a corresponding author of the paper. “These wires provide the flexibility. When we stretch the battery, the wavy interconnecting lines unfurl, much like yarn unspooling. And we can stretch the device a great deal and still have a working battery.”

The power and voltage of the stretchable battery are similar to a conventional lithium-ion battery of the same size, but the flexible battery can stretch up to 300 percent of its original size and still function.

Rogers, also a corresponding author of the paper, led the group that worked on the experimental and fabrication work of the stretchable battery. He is the Swanlund Chair at the University of Illinois at Urbana-Champaign.

Huang and Rogers have been working together for the last six years on stretchable electronics, and designing a cordless power supply has been a major challenge. Now they have solved the problem with their clever “space filling technique,” which delivers a small, high-powered stretchy battery .

For their stretchable electronic circuits, the two developed “pop-up” technology that allows circuits to bend, stretch and twist. They created an array of tiny circuit elements connected by metal wire “pop-up bridges.” When the array is stretched, the wires — not the rigid circuits — pop up.

Huang’s design solution for a stretchy battery is to use metal wire interconnects that are long, wavy lines, filling the small space between battery components. (The power travels through the interconnects.)

The unique mechanism is a “spring within a spring”: The line connecting the components is a large “S” shape and within that “S” are many smaller “S’s.” When the battery is stretched, the large “S” first stretches out and disappears, leaving a line of small squiggles. The stretching continues, with the small squiggles disappearing as the interconnect between electrodes becomes taut.

“We call this ordered unraveling,” Huang said. “And this is how we can produce a battery that stretches up to 300 percent of its original size.”

The stretching process is reversible, and the battery can be recharged wirelessly. The battery’s design allows for the integration of stretchable, inductive coils to enable charging through an external source but without the need for a physical connection.

Huang, Rogers and their teams found the battery capable of 20 cycles of recharging with little loss in capacity. The system they report in the paper consists of a square array of 100 electrode disks, electrically connected in parallel.

Next Story:
Miscarriage and War Stress