Standing on the Threshold

Rania Stephan‘s installation at London’s Soft Opening asks viewers to liven up their commute by thinking about time and space. 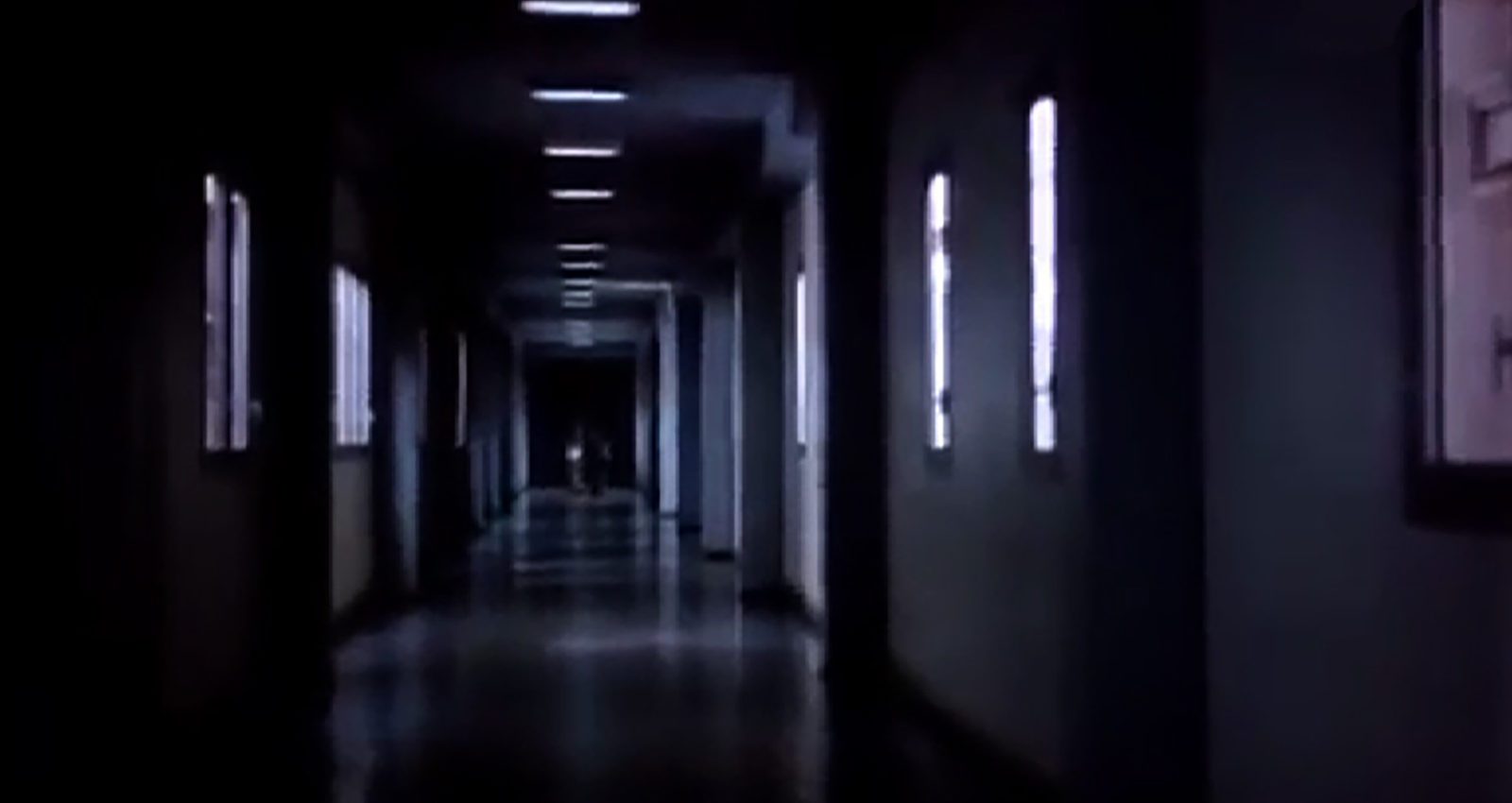 A threshold can hold promise. It can be a transition, a new beginning, a limit. Rania Stephan’s video installation THRESHOLD (2018), currently on display at Soft Opening Piccadilly Circus, explores the word’s different definitions and interpretations.

By taking the Egyptian science-fiction film Masters of Time (1987) and extracting all the scenes featuring thresholds – doorways, gateways, hallways – Stephan removes the plot retaining the themes of space and time that make up the essence of the original film. Within this dislocation, the viewer is often disorientated and sometimes is left on the doorstep of understanding as the narrative is suggested but not easily unlocked.

Soft Opening is housed in a former storefront in London’s Piccadilly Circus. An area filled with tourists and a lot of the city’s leading collector spaces. Not being where one expects edgy contemporary exhibitions, what curator Antonia Marsh has done with the gallery (opened 2018) is to challenge perceptions and the role of public art. So far, the program has featured a quick turnaround of contemporary artists and partners working in a variety of mediums. Soft Opening is a collaboration with Marfa, a prominent Beirut based contemporary art space that has reopened after being destroyed in 2020, which enabled bringing Stephan to London.

With THRESHOLD Stephan has sought to emphasise what she views as the essence of the original film, the theme of eternity. In her reinterpretation we only catch glimpses of the action: characters entering and exiting rooms, the end of confrontations, figures being stretchered away, The film is always in motion, resonating with the passing human traffic in Piccadilly station, and time and narrative are certainly at the fore through Stephan’s use of the original material. It is also quite funny. The slightly out-of-sync sound and the abrupt scene changes are reminiscent of the disastrous first edit of The Duelling Cavalier in Singing in the Rain. This is not to its detriment and works in its favour by making it an engaging experience.

It is undoubtedly an interesting, and deeply meta, decision to install a piece called THRESHOLD, in a gallery located on a threshold, which keeps the viewer standing on the threshold. People move around the work through barriers, underpasses, stairways, much as the characters in the film do. To host THRESHOLD in this space makes curatorial sense on paper but the ideas about time and eternity this piece tries to convey, get lost in translation. The space is definitely a curiosity to most who come across it, but the majority neither watch the whole film through nor scan the QR code to hear the accompanying soundtrack. There is a question about the wisdom of putting a ten-minute film with very little information about what it is supposed to be in a space with a transitory viewership. The piece requires a lot of context to really get to grips with and without that and it loses some of the impact it would have in a focused conventional gallery space.

Essentially this is the problem with this exhibition. It is without a doubt a clever idea and if people take the time to stand and watch there is much to reward the viewer in the powerful piece. However, the demands of watching the piece overwhelm many positive aspects of the exhibition minimising the impact to passing curiosity rather than the determined intention which would allow the piece to bloom.

THRESHOLD by Rainer Stephan is on at Soft Opening Piccadilly Circus Underground Station until 28th November 2021 and is free to enter.