Light and perception experiments in the work of Barbara Kasten 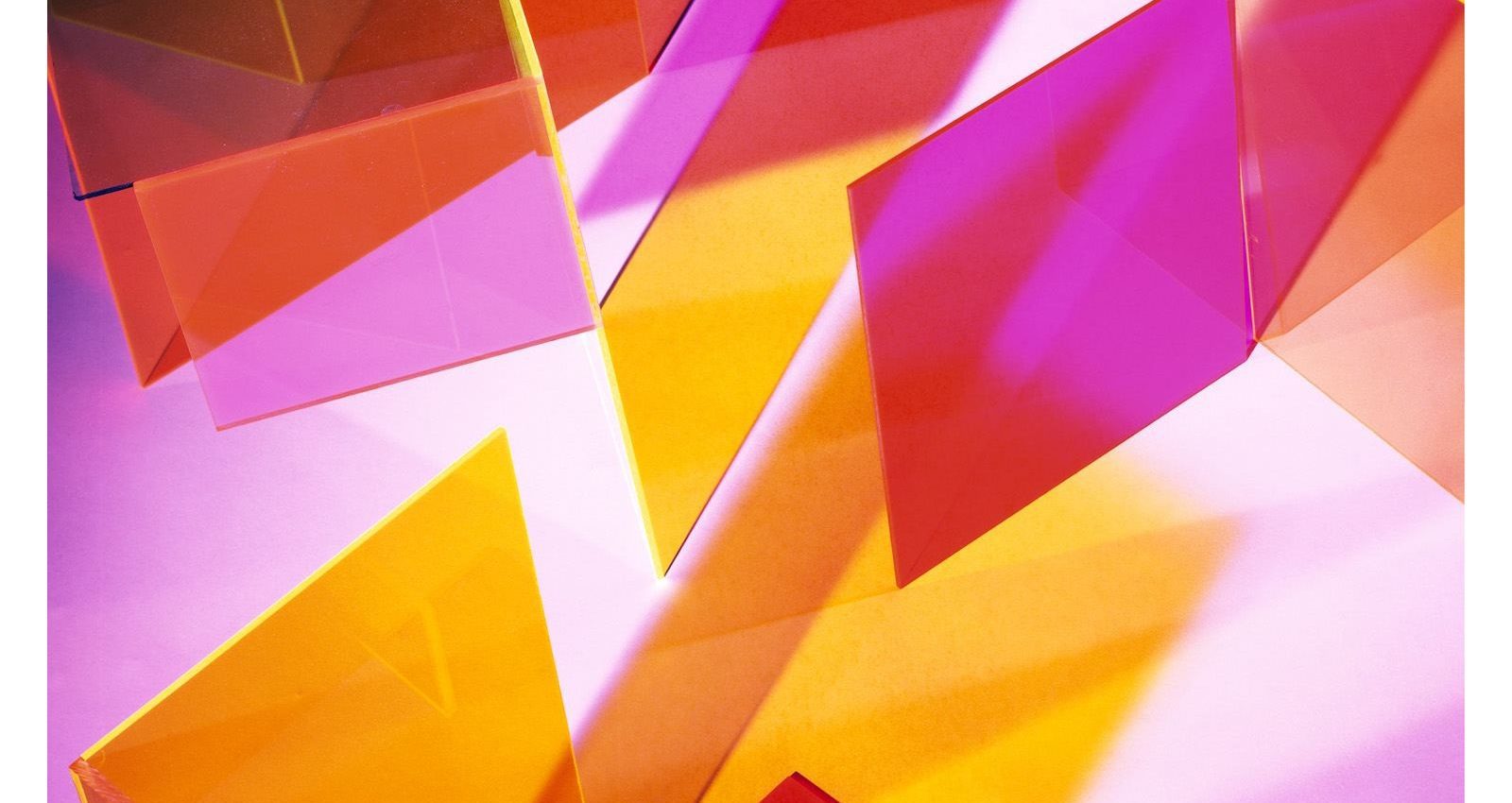 “Light is not particular to any single medium, it’s around us and it’s part of our life all the time,” says Chicago-based artist Barbara Kasten (2020), whose interdisciplinary practice is not just inspired by, but made possible by light.

The story of light in art is really a story of perception. Light is how we see and interpret the world; it’s how we understand space, time, physicality, and our own bodily experience. As such, light, on the most basic level, is revelatory, but it is also an experience that is deeply subjective and transitory. For centuries, artists have attempted to translate light into their art without losing its natural ephemerality or depth. In all of Kasten’s works, from the earliest photograms and photographs, through to the public sculptures and video installations, light is not simply captured or reproduced; it is applied to create an experience that is directed by the artist’s vision — and in the case of the studio works, hands — whilst also allowing space for the unexpected to occur. Hers is not a practice of representation, but of “perceptual exploration”. (Kasten).

Originally trained in painting in 1959 followed by  weaving at the California College of Arts and Crafts in 1970, Kasten found herself naturally receptive to the Bauhaus movement; “the fundamental openness to all genres and the notion that everything is actually possible in art”. (Kasten, 2015). It was this philosophy and the discovery of László Moholy-Nagy’s photographic works that initiated her first experiments with light in the form of photograms. Her earliest cyanotypes, Photogenic Paintings (1974–5), were produced by first stretching and then painting onto industrial fiberglass mesh material, which was crumpled and assembled onto the light-sensitive surface and exposed to the sunshine. The resulting images bear similarities to Moholy-Nagy’s, who also used “diaphanous materials to scatter light” (Griffin, 2019), but in Kasten’s photograms, the blue of the cyanotype possesses an intrinsic emotional quality that goes further in implying “unfathomable depths”. (Kasten, 2020).

Like Moholy-Nagy, Kasten is of the opinion that the photogram is the “most direct way to abstraction” (2020), which is, generally speaking, the central aim of her art-making, though, of course, it’s impossible not to attempt to give shape to our perceptions, to make the conceptual concrete. In fact, the more abstract photograms are arguably less engaging because they lack the faint shadow of the familiar, whilst the most captivating examples achieve something close to the spectral mutability of light, a state of flux, in which the moiré patterns of the mesh create an illusion of ripples, like a breeze gently pulling at the surface of water. In these works we are able to find something of ourselves, without the image losing its illusory essence.

“Our intellectual experience complements spatially and formally the optical phenomena perceived by the eye and renders them into a comprehensible whole, whereas the photographic apparatus reproduces the purely optical picture (distortion, bad drawing, foreshortening),” wrote Moholy-Nagy in his 1923 essay ‘Light: A Medium of Plastic Expression’.

His suggested solution, the photogram, proposed the “possibility of ‘light-composition’”in which light would be employed not just as an artistic material, but as the work’s essential structure, providing it with innate purpose and meaning. This idea appealed especially to the West Coast Light and Space artists of the 1960/1970s, such as Robert Irwin and James Turrell, whose immersive installations produce a physical experience of light.
Whilst Kasten has cited the influence of such works, her ‘light-composition’ experiments are more ambitious, in the sense that she not only creates a physical experience of light, but then also translates that experience into a static, photographic image. In the 1980s (Constructs), the artist began building ‘sets’ or ‘stages’ onto which she directed studio lighting, moving back and forth from the camera to adjust the composition before eventually capturing the image, first with Polaroid film, and then with a 4×5 or 8×10 view camera. In these, and later works, the layered process has the effect of elongating the transience of light so as to allow us, as viewers, the time to contemplate the experience more deeply…

Previous Story:
The Edge of Perception: An Interview with Kenturah Davis