Building bridges between Middle Eastern and Western cultures by showing what they have in common rather than what divides them. Sophia Contemporary Gallery interview

With an interest and specialist knowledge of Middle-Eastern art which has propelled her to the post of gallery Manager and Co-founder, Lili Jassemi (pictured, photo by Julija Svetlova) addresses Trebuchet’s questions on the role of curation in today’s art world.

I have always been passionate about art and culture. Coming from an Iranian family of antique art dealers I was exposed from an early age to the visual arts in their various forms. My background in history, sociology and political science further sparked my interest in culture and art as vehicles of diplomacy and understanding between peoples. Visual arts are one of the most powerful forms of language, capable of crystalizing cultural narratives while transcending cultural and linguistic barriers. 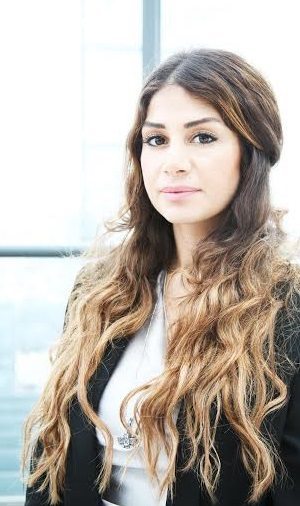 Colour, forms, styles, references and media may vary depending on culture, yet visual arts provide an international language that can reach across borders and times.

I had been working with Iranian artists before starting the gallery, focusing on getting them more exposure in the West. My cousin Asal Fallah is an Iranian artist working in Tehran, and having myself grown up in Germany and residing there, I wanted to help her find a suitable gallery in Europe.

I approached Vassili Tsarenkov, a longtime friend, who was at the time working as a Manager of the St Petersburg Gallery in London while writing a dissertation on contemporary Middle Eastern Art at the Courtauld Institute of Art. Given his strong interest in the subject and my background in Iranian art we decided to work together and develop the gallery project.

Lali Marganiya, our third partner and a mutual friend, joined us a few months later. She was at the time working as an art adviser after experiences at Sotheby’s and at an Old Master’s gallery. She also had a strong interest in contemporary Middle Eastern art so she got on board and we started together our field trips to the region, visiting countless artist studios, museums, galleries and artistic foundations, which eventually led to the creation of the gallery.

The vision for our gallery is to promote a creative dialogue between the art of the Middle East and Western art. Throughout the history of art there has always been a very creative relationship between both traditions. Western artists from Kandinsky, Paul Klee and Matisse to artists such as Alighiero Boetti, Mike Kelley or Francesco Clemente have always expressed a deep interest in Eastern art, which has infused their artistic practice.

Conversely, a lot of artists from the Middle East studied in the artistic academies in Rome, Paris or Berlin from the 1920s onwards, bringing their Western education back home and creating artistic movements at the confluence of the West and the East.

Today, Middle Eastern artists live in the region or are part of the diaspora mainly residing in Europe and the US and produce artworks reflecting the globalised world that we live in. They are acutely aware of the artistic debates and tendencies in the Western world and create artworks that are both grounded in their local traditions while being deeply connected to international contemporary practices. This is what we want to reflect in our gallery. We want to showcase Middle Eastern artists in an international context alongside Western artists who share a conceptual and aesthetic affinity with our gallery’s vision.

Our purpose is to build bridges between cultures by showing what they share in common rather than what divides them. We believe that there is no better medium than art to serve that goal.

Iranian-American artist Reza Derakshani reflects our vision very well. The artist became engrossed in Abstract Expressionism while living in New York and was associated with the revival of painting in the USA and Europe in the 1980s through the Neo-Expressionist style.

While being loosely affiliated to the movement and to the New York art scene of the time, the experience of emigration led him to reconnect with his Iranian roots. After experimenting with pure abstraction, Derakshani devised his personal artistic style blending abstract and figurative elements, bringing together nostalgic reflections on the history of his Iranian identity with contested notions of migration, displacement and modernity. Therefore, his art is precisely at the confluence of Eastern artistic traditions and Western contemporary practices while reflecting the globalized world that we live in, which fits perfectly with our gallery vision. 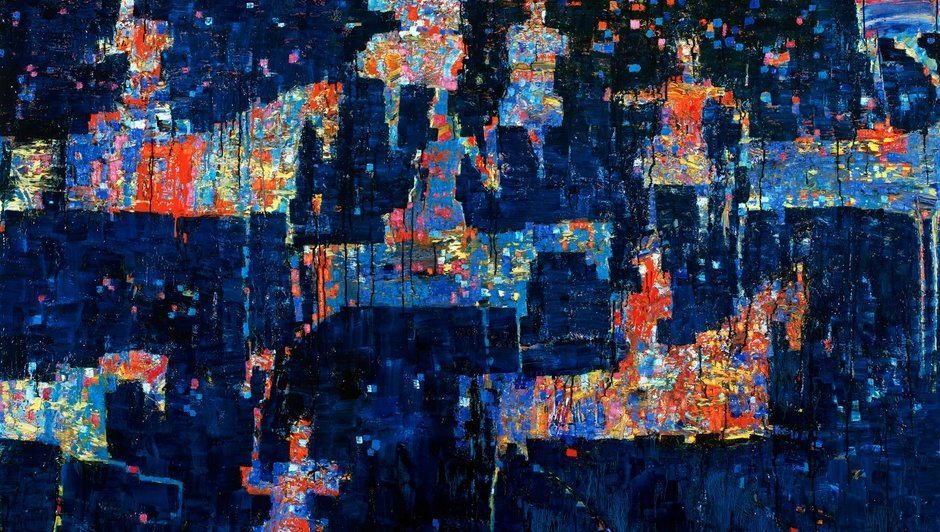 I particularly dislike art flipping and speculation, particularly when it comes to younger artists. I think that this is a negative practice that can be detrimental to the artist’s creative development. We prefer to focus on the long-term and place our artists in important public and private collections. Good art always finds recognition sooner or later so we strive to help our artists develop their career in an organic fashion.

For me artistic controversy is the capacity of an artist to push the boundaries of his practice but also to call into question conventions, whether they are artistic, social, moral, etc. Of course what is deemed controversial is up for discussion and evolves through time. I don’t think that Picasso’s ‘Les Demoiselles d’Avignon’ would in any way be considered controversial today, for instance. This is probably the salutary aspect of controversy as it can profoundly alter perceptions and attitudes over time.

Of course artistic controversy when only created for the sake of it can be a red herring. However, I think that meaningful 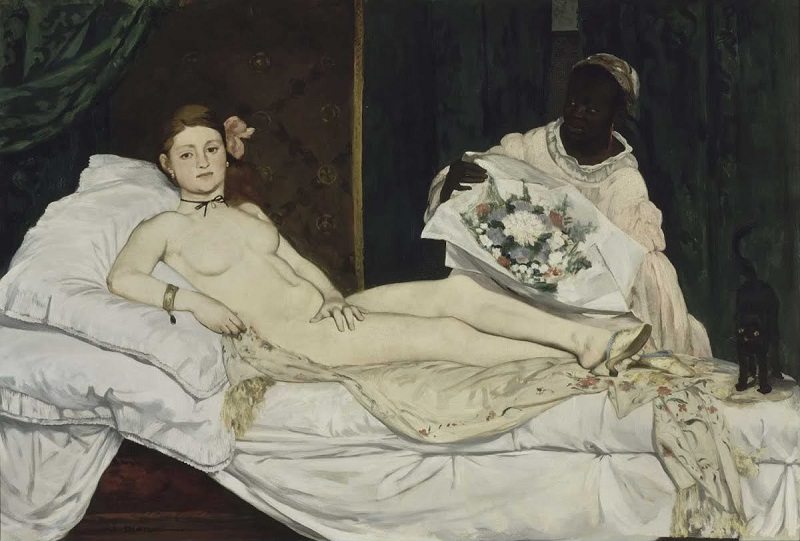 controversy can lead to new models of thinking and encourage creativity.

It is powerful in art as it can shift artistic paradigms and even sometimes have an impact on society by encouraging a public reaction. Whether we are talking about Edouard Manet’s ‘Olympia’, Marcel Duchamp’s ‘Fountain’ or Chris Ofili’s ‘Virgin Mary’, controversy has throughout the history of art allowed creative leaps forward and the emergence of important social and political debates.

I think that our biggest challenge is to bring a fresh approach to the way contemporary Middle Eastern art is curated and displayed in the West. Too often, contemporary art from the region has been regarded through Western lenses without the necessary cultural context and critical tools. This has sometimes led to certain dismissive forms of ethnocentrism and even to mistaken orientalist interpretations.

However, the world of contemporary art is evolving very quickly. I believe that today artistic quality speaks for itself, no matter where the artist comes from. This is why we want to show that our artists hailing from the Middle East are simply international artists exploring contemporary issues. By showcasing emerging and established artists from both the West and the East, we strive to challenge out-dated conceptual categorisations while hoping to reshape the way the history of art is written as a part of a larger movement initiated in academia.

I think that our biggest success has been to find such an amazing roster of artists. The process of curating has been very intensive over the past two years but incredibly rewarding at the same time. We met a lot of very helpful people along the way: collectors, curators, museum directors, art critics, etc., some of whom have become great friends.

We are lucky to be able to be able to represent some of the most established artists from the Middle East such as Reza Derakshani while bringing a new generation of emerging artists such as Azadeh Razaghdoost who we hope will leave a mark in the art world.

It is a difficult question to answer, as my tastes are quite eclectic and the scope of my interest ranges across times and cultures. Having said that, Hans Arp is an artist I really like. I do not have a favourite artwork in mind but his practice, by adding chance and hazard to the Dadaist idea, creates interesting interactions with 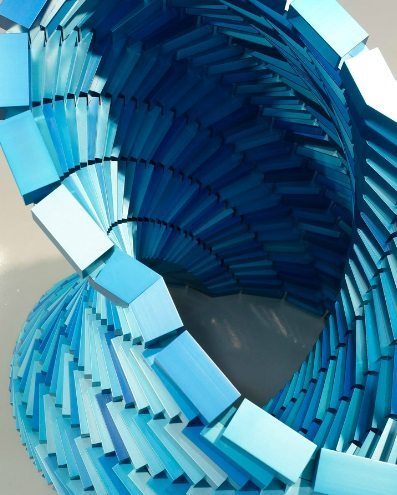 Shirazeh Houshiary (right, ‘Tear’, 2011, anodised aluminium 2011) is another great artist I have been following closely. Her sculptures ‘Loom’ and ‘White Shadow’ reflect a wealth of inspirations, ranging from science, mystic Sufism and 18th century poetry. They never fail to transcend me and bring out my spiritual side.

I have always been passionate about sciences so Leonardo Da Vinci as a revolutionary artistic and scientific figure has always fascinated me. Edgar Degas has also always been close to my heart, having been a keen ballerina dancer in my teenage years. The grace of his dancers and his ability to reveal the essence of beauty and movement in a few strokes is unequalled to me. Finally, in a very different style, I am big fan of Anish Kapoor. His mirror sculptures literally bend the laws of physics and optics, creating mesmerising artworks.

On my last trip to Tehran, I discovered the sculptures of artist Mohammad Reza Yazdi. He is only in his late twenties and is starting to make a name for himself in Iran. Yazdi creates motorised kinetic sculptures made out of Islamic artistic shapes that move like a kaleidoscope at the rhythm of the viewer’s breathing. One has to see them to experience them.

The fusion of different artistic traditions coupled with the uncanny living aspect of his breathing sculptures is literally… breath-taking. I hope to include the artist in our summer 2016 exhibition and introduce him to the London art world.

We are officially launching our gallery on 9 March 2016 with a solo exhibition of Reza Derakshani while in parallel collaborating with The Russian Museum in St Petersburg to organize his first retrospective in Russia taking place from 26 May to 25 July 2016. We are also preparing exhibitions of artists Mehrdad Khataei and Pooya Aryanpour who will have their first solo show in London in the first part of 2016. Finally, we are looking forward to our summer exhibition, which will showcase Western and Eastern artists alongside. So it is a very exiting time for us!

Previous Story:
Can You Remember These Effects of Long Term Stress?