WARNING: People who like to smoke when they drink may be at greater risk of suffering a hangover the next morning. 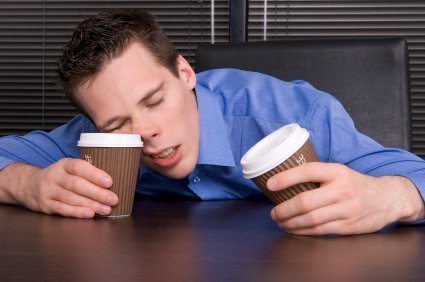 [dropcap style=”font-size:100px;color:#992211;”]P[/dropcap]eople who like to smoke when they drink may be at greater risk of suffering a hangover the next morning, according to a study in the January 2013 issue of the Journal of Studies on Alcohol and Drugs.

As if smokers need another warning of the harmful effects, apparently it makes the bad times worse and the worse times worserer and the worst times potentially fatal… and drinking won’t help.

It could be worse, you could wake up behind bars….

For anyone who has ever had too much to drink, that day-after combination of headache, nausea and fatigue may be a familiar feeling. But some drinkers appear hangover-resistant: about one-quarter of people who drink enough to spur a hangover in most of us don’t actually develop one.

No one is sure why that is. But the new study suggests that smoking could be one factor that boosts the hangover odds.

Researchers found that college students were more likely to report hangover symptoms after a heavy drinking episode if they smoked more heavily on the day they drank. And it wasn’t simply because they smoked more when they drank more.

“At the same number of drinks, people who smoke more that day are more likely to have a hangover and have more intense hangovers,” said researcher Damaris J. Rohsenow, Ph.D., of the Center for Alcohol and Addiction Studies at Brown University in Providence, Rhode Island.

Her team controlled for some other factors as well, such as whether students reported drug use in the past year. And smoking, itself, was linked to an increased risk of hangover compared with not smoking at all.

That raises the likelihood that there is some direct effect of tobacco smoking on hangovers, Rohsenow said.

The “how” isn’t fully clear. But other research has shown that nicotine receptors in the brain are involved in our subjective response to drinking, Rohsenow said. For example, smoking and drinking at the same time boosts the release of dopamine, a “feel-good” brain chemical.

So the fact that nicotine and alcohol are connected in the brain may explain why smoking is tied to hangover.

The findings are based on a Web survey of 113 college students who recorded their drinking and smoking habits, and any hangover symptoms, every day for eight weeks. Overall, when students drank heavily — the equivalent of five or six cans of beer in about an hour — those who’d smoked more on that same day had higher odds of suffering a hangover the next morning and suffered more when they did.

That leaves the question of “So what?” Hangovers may make you feel bad, but is there any more harm than that?

There is evidence that a hangover affects your attention and reaction time in the short term, Rohsenow said. So it might be unwise to drive or work in safety sensitive occupations with a hangover, for instance. No one is sure yet whether hangovers may signal some type of damage to the brain, but smoking is already known from other studies to aggravate the ill effects on the brain caused by years of heavy drinking.

There are already plenty of reasons to avoid both smoking and heavy drinking. But Rohsenow said these findings suggest that if smokers are going to indulge in heavy alcohol use, it would be wise to at least cut down on cigarettes.

Next Story:
Skirmish of Ideas?