SJ Fuerst’s works conjoin elements of contemporary culture with classical art forms, adding a playful twist to create a world where all is not as it seems. 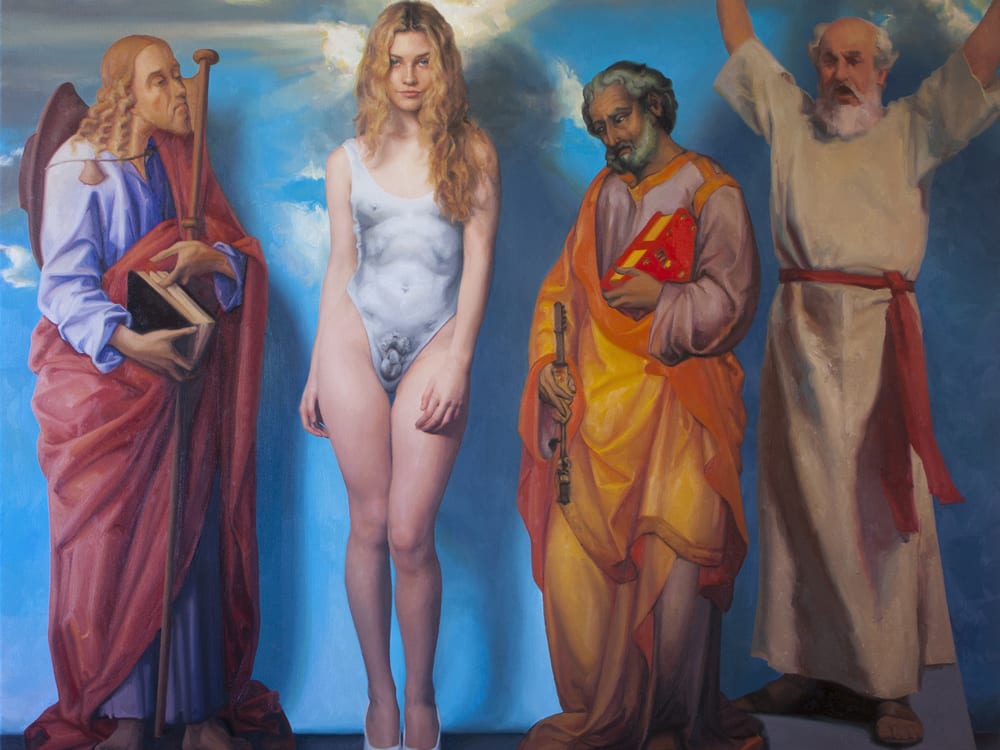 [dropcap style=”font-size:100px;color:#992211;”]L[/dropcap]ily Agius Gallery, Malta, presents a solo exhibition by the American realist painter, SJ Fuerst. Entitled Forest Fresh, the exhibition is comprised of 11 variously scaled oil paintings, along with sketches executed in the same medium on floppy disks. Playing off the exhibition’s title, which takes its name from one of the works in the show, the artist will create a walk-through installation made up of 16 undecorated, artificial Christmas trees, along with an audio soundtrack of birdsong and pine scented air-fresheners.

Fuerst, who recently featured in GQ’s 10 of the best artists working today, says: ‘As soon as visitors enter the gallery I want them to feel like they’ve left reality and stepped into one of my paintings, a surreal but real world made out of artificial and mass-produced versions of nature. I see it a bit like fashion designers who build elaborate sets for their runway shows. The show is about the clothes, but they create a fantasy and immersive atmosphere for the audience to better experience and understand their collection.’

Harnessing the visual language of fashion photography, Fuerst’s paintings conjoin elements of contemporary culture with classical art forms. To these, a surreal, playful twist is added, creating a world where all is not as it seems—an ethereal jellyfish is, on closer inspection, a woman, animals are not real but inflatable toys, landscapes are printed backdrops. 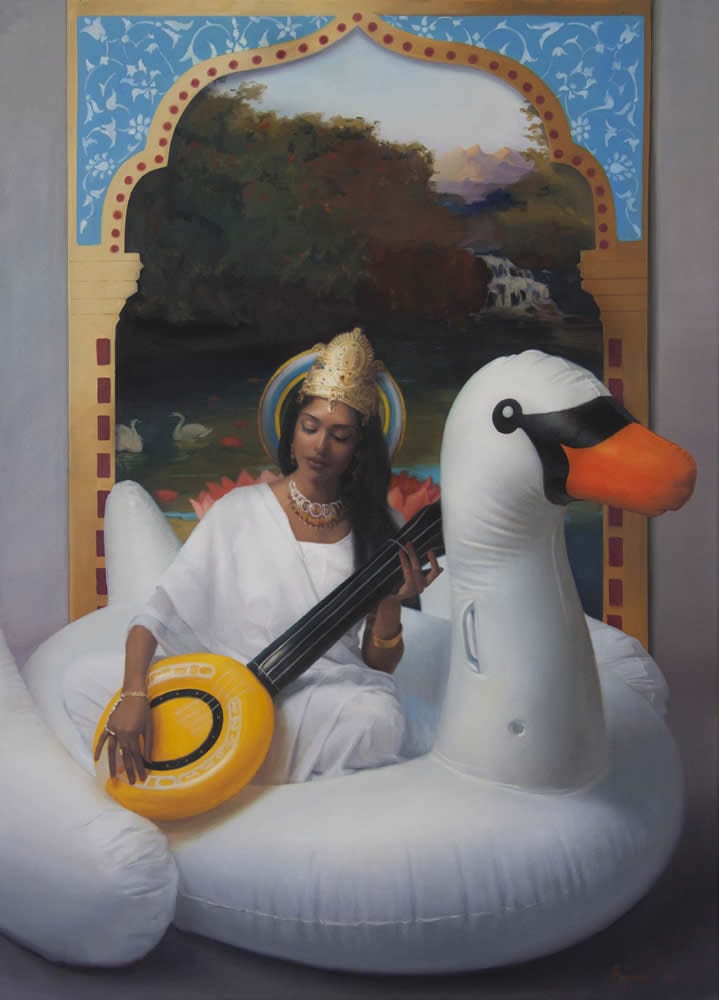 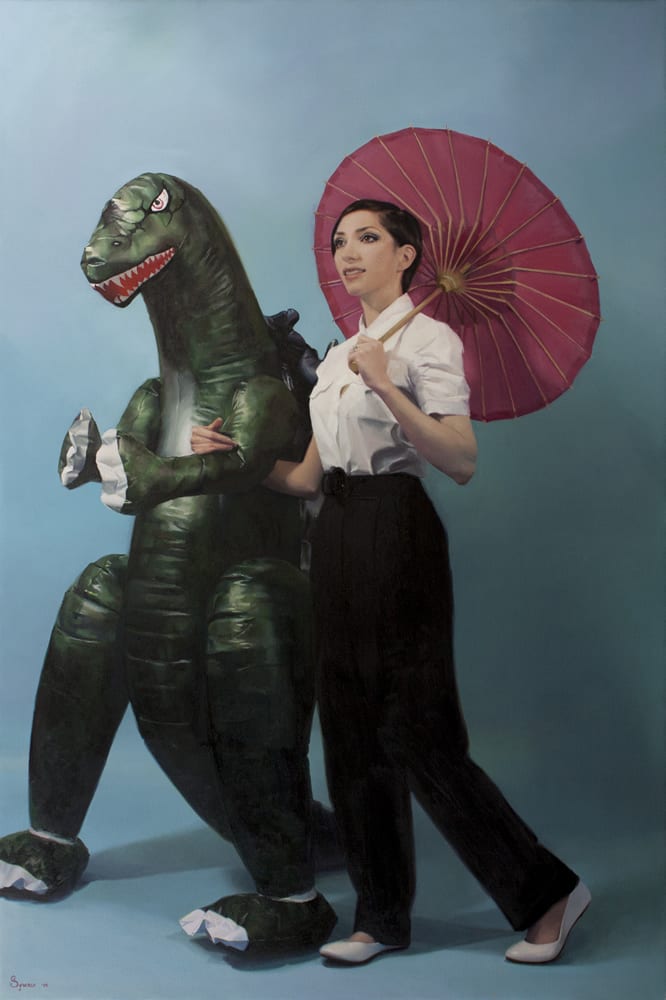 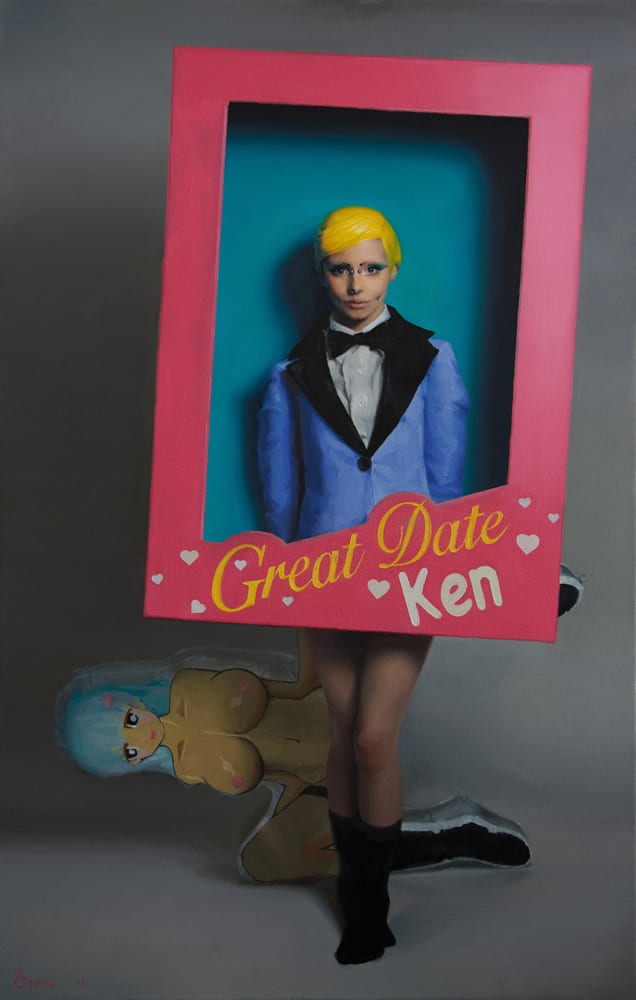 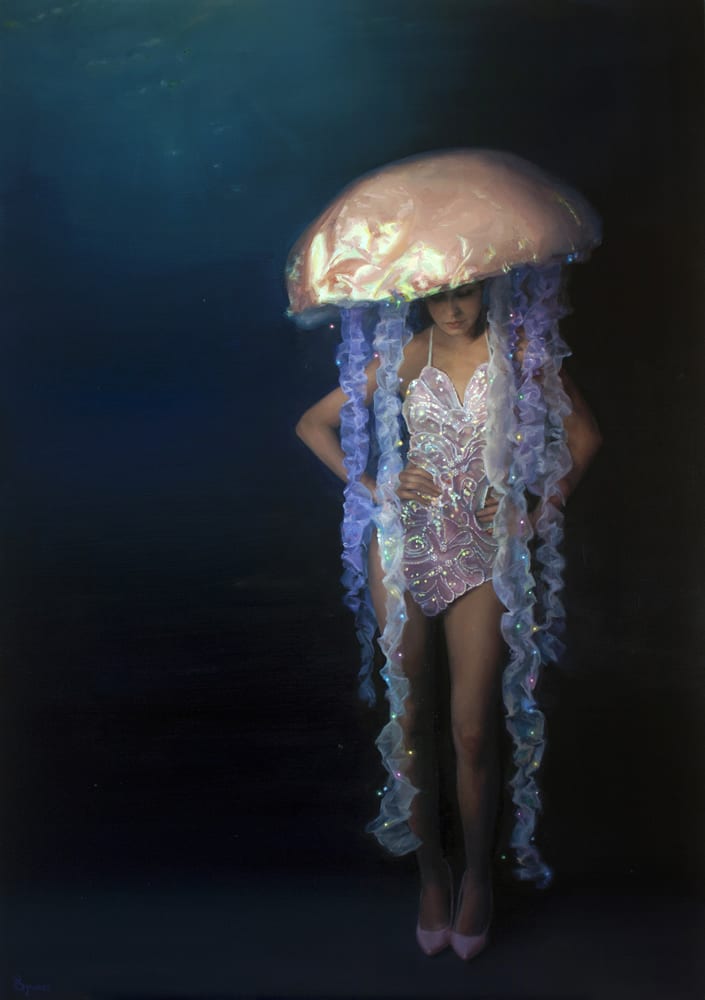 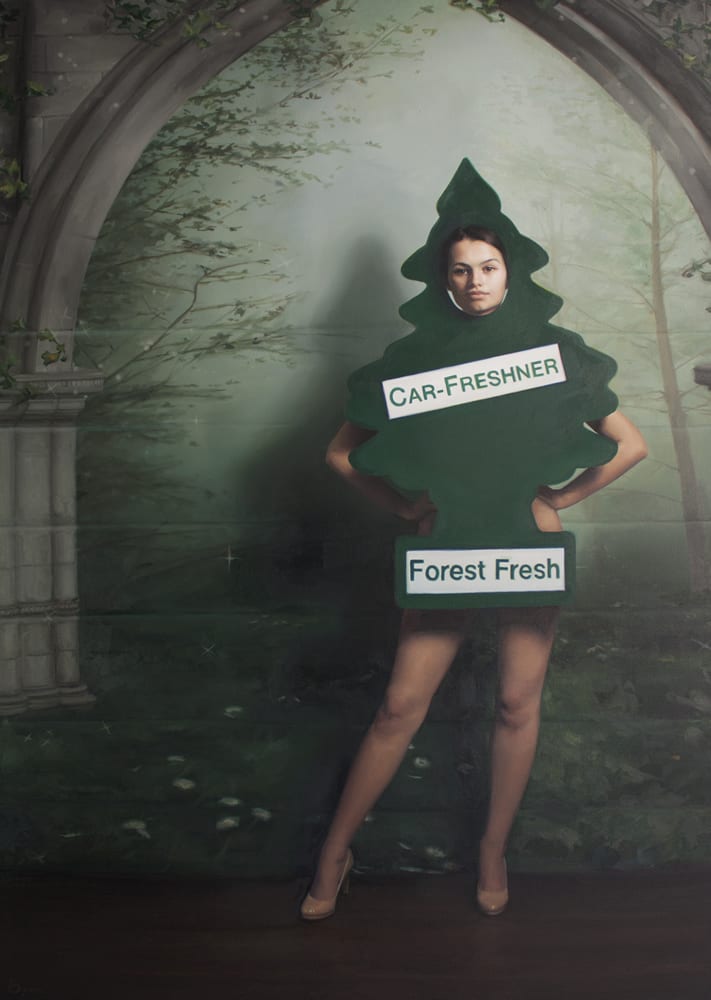 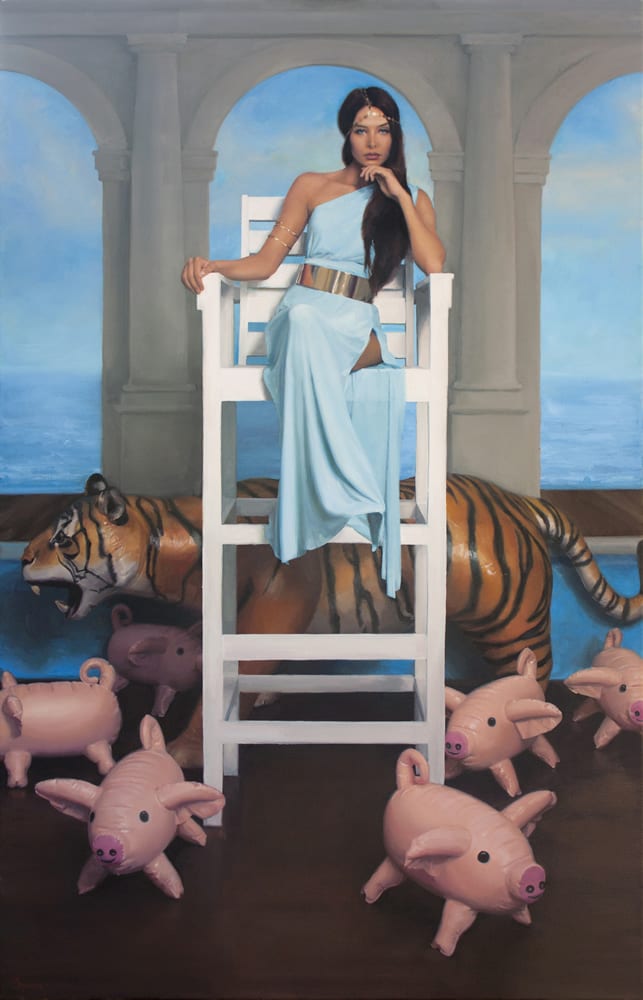 In other works, mass-produced goods and fashion models are transformed into humorous, faux classical tableaus. For example, in Daphne After Apollo (2016), the artist has taken inspiration from the stories of Greek mythology, depicting a model encased in a car air-freshener in the shape of a tree in reference to the naiad Daphne’s transformation into a tree to escape the pursuits of the god Apollo. Meanwhile, The David (2019), Fuerst’s most recent work, explores religion and sexism through the use of a swimsuit and cardboard cut-outs, referencing both Michelangelo’s David and Sandro Botticelli’s The Birth of Venus.

Says Lily Agius: ‘In this astonishing body of work, SJ Fuerst exhibits not only a masterful facility for composition and painterly style, but also compelling narratives on a range of issues, including sexism, consumerism and environmentalism, which she observes with wit and verve through the veil of classical and surrealist art.’

Next Story:
Ambigrammatic – Part One [NSFW]