I think one of the main things destroying our country right now is the boredom of white people. We’re bored and depressed so we collect guns and aim them at immigrants.

As much sculptor as engineer, he is so descriptively metal that he excludes himself from a genre that has relinquished innovation for functional sentimentalism and easy classification.

Shone took us through the making of his latest effort Melk en Honing. Produced by Pantera/Down’s Phil Anselmo, this marks a progression away from some of the rhythmic tropes of ‘industrial’ and into his version of riffs. Perhaps towards a more accessible sound, with a greater emphasis on structure, vocals and melody?

“I don’t think that’s true at all.  All of my songs, from day one, have structure, as much as I would like to think they don’t!  Terrorbird is verse, chorus, verse chorus bridge, verse, outro.

I think it was only the last two releases that were vocally sparse, because they were more machine-based. My first three albums were very vocally and lyrically thick.  However, we really went for the harmonies on this one, which I would say was mostly Phil’s idea…. I’ve used harmonies, but he really made me go for it and clean up the sound from my typically distorted crunch.  I think it’s unique, and complements the low heaviness well.

I would also say Women & Children had a ton of synth and melody, so it doesn’t feel new to me, but what I think people are hearing on this record is a refined live sound.

I’ve found a way with my machines to play them efficiently, along with my keyboards/piano, to use both the dissonance of my machine with the melody of my voice and the higher synth tones.  I would say for sure that production quality will be better from here on out, since with more people in on the process you can’t get away mistakes!  I will, however, never be making pop songs, and will always strive to make the heaviest music possible. 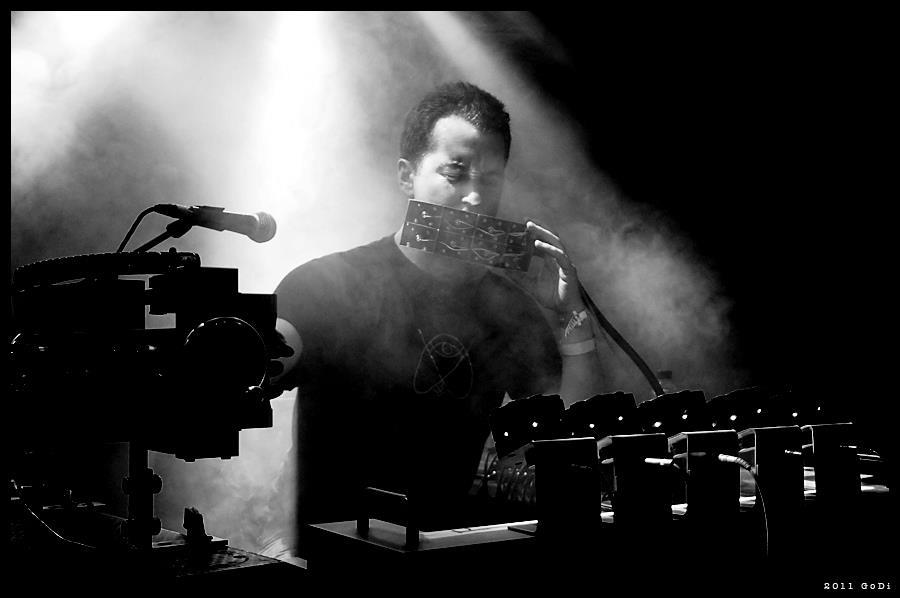 Knowing that I was going to work with Phil, I knew I didn’t want any ambient or soft tracks.  I really wanted about 40 minutes of heaviness all the way through, with no tracks you would skip over.”

For Phil Anselmo, now running his own label (Housecore Records) as well as a myriad of musical projects, this is his first collaboration of this sort and one wonders how Shone has adjusted to working with others as a creative team.

“I loved it. I am a one man band particularly because I want full creative control, so I was apprehensive going into it, but Phil and his crew “got” what I was doing and really complemented the heaviness I was going for.

That is the main thing about Phil, he really understands what heartfelt heaviness is… it’s not fast, loud or chaotic, it’s a feeling.  In my mind either you get that, or you don’t.  There are so many metal bands out there that don’t get what heavy feels like and they make up for it by being loud.

Was he a fan? “Yes, in high school. As a hockey player, there was no way around Pantera in the locker room.  I always liked how straightforward they were, sort of like how Godflesh got right to the meat of the riff, rather than beating around it.”

A solid connection then between the no-nonsense Anselmo and Shone, an artist who is arguably onto something, but has yet to fully articulate what Author & Punisher is. The catharsis and vision shown so far suggests a vehicle for aggression and healing.

“In a sense, you could look at it like that.  I am a very peaceful person and I think the aggression and ugliness of my music definitely helps me cope with any pain I or the planet experience…. I don’t feel fearful of anything in our country, I don’t stockpile weapons to make up for some unused testosterone. Melk En Honing is more chemical and internal for me.  I like to think of squeezing something, anything, and what comes out slowly through the pores, is my music and how my music feels.

Pulling at the edges of music, Author & Punisher contains distorted riffs that plough on like diesel vehicles accelerating past a highway haulage accident. What human light there is in Shone’s work filters through greasy machines, through process and action, where crescendos of repetition, adrenaline, and exhaustion culminate in something aligned to release but never so comforting or predictable.

“It’s extremely satisfying.  When I write a song on the machines, it is the best situation because the limitations are there for me, and define the sound… you can’t layer too much stuff and then have to figure it out later.  What I like the most is the ability at any time to slow, or speed up, or hold out.  I feel like I can really express emotion and spontaneous urges through my setup, so much so that it’s exhausting because I am not pretending to perform (showmanship is at a minimum, because it is built in to my motion. Think guitar player shenanigans).”

Changing the focus from denim, guitars and hair, Shone’s charged performances are veritable art shows, as his volcanic noise disciplines stunned audiences like the metal plates he slams together, counterpunching crushing presses emitting deep bass bombs as he screams into a Vader-esque bondage mask. Much less the sensitive artist drawing fire from a cherished wooden antique than a cyborg contained within a singular, if damned, purpose. There is no escaping the theatre, but are the machines more than a good way to get noticed?

“To tell you the truth, if I played guitar, I think my music would probably do better!  Metal dudes are old fashioned and basically don’t want it to change, for the most part (see the recent resurgence of throwback genres: thrash, psych rock).  But, the people that really like the music, like the organic feel of it.  The sounds are newish: heavy synth and electronic drums, but without the click track and sequenced feel of EBM or traditional industrial.  I make my music live, I don’t press a start and stop button.  That’s shit.”

Melding industrial, underground doom, and power electronics into a new vehicle for elevation, Shone’s music attracts the weird and forward thinking, the maladjusted and the connoisseur of rare tastes and more distopic visions, demonstrated to brutal effect on The Barge.

“The Barge, along with Shame and Callous and Hoof, Future Man, are all sad songs about the place that I live.  Over the last Summer I sort of created a fictional Southern Californian fantasy and the Barge is a large death ship off the coast of San Diego that just sits there while the natives hide in the palm trees on the coastline.

I am sort of playing the ideas of Americans and unnecessary fear based on our lack of primal physical exertion. I think one of the main things destroying our country right now is the boredom of white people.  We’re bored and depressed so we collect guns and aim them at immigrants, even if those immigrants have been here 200 hundred years.

In this way I have a love/hate(relationship) with dystopian films of our future. I love the fantasy, but I think some people actually want that to happen so they can just have an Us and Them country.  I hate that.  When the apocalypse comes, I’ll be surfing.”