Somewhat like Strider’s description of the road to Rivendell, Ratatat‘s Magnifique is a variable quantity.

It’s anyone’s guess exactly how long it is, it seems to change each time, but you’re always thankful to get to the end.

For the teenage boy wannabe axe-heros who comprise part of its audience, their wavering attention span will, fish-like, refresh at four-minute intervals, thus negating the problem. It’s the woznearly axe hero dads who may be in danger of zoning out entirely, stuck somewhere in alpha-wave induced wiggly-woo guitar solo stasis, dribbling onto their Jackson Guitars/Marshall Amps t-shirts. Terrifying stuff.

Happily though, Ratatat have taken pains to avoid the drool issues inherent in axe-dads, by breaking the album up with at least three tracks which work as chin-wiping opportunities. Rather than have the energy of the album build with each song into some sort of overdubbed multitrack frenzy of vinegar-stroke fret-bothering (and possibly because doing so might be a touch too difficult), the building acceleration of the album is checked by a series of gear-changes at intervals.

Every time it redlines, the pace is checked by a slow number, each one a variation on a musical theme which can best be described as Spongebob Squarepants’ incidental music (as interpreted by Gene Vincent, arranged by The Shadows and played by Brian May on pedal steel). On ‘Drift’ (around the album’s midpoint), a muted guitar voice joins that unfortunate mix sounding something like Al Johnson singing ‘Mammy’.

Nevertheless, weird as the Spongebob interludes are, they do serve to obscure the niggling suspicion that there are only two songs on the album – one in which Mike Oldfield discovers an 808, and the other in which The Strokes realise that those Casablancas vocals have been holding them back all these years and proceed to jam amongst themselves sans Julian. 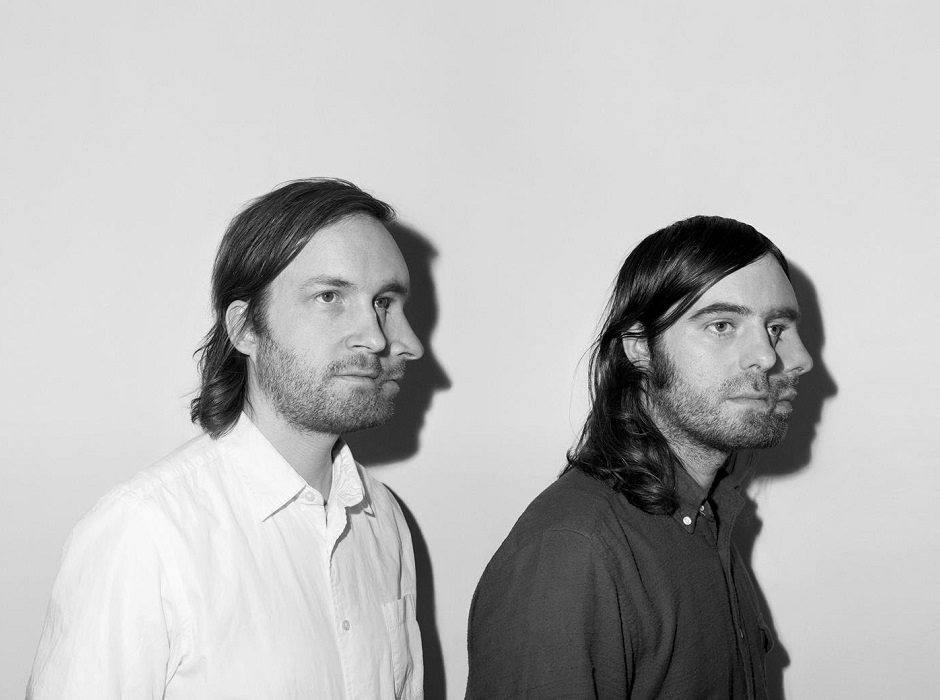 So how does Magnifique maintain listener interest? Mainly with scads of post-rock, smartphone-friendly song dynamics: big builds and bumps via sequenced beats/guitar licks and loops, huge (often delayed) drops and volume/intensity leaps on the ‘choruses’. It’s a dance music formula delivered via multi-layered guitar overdubs, and when it works it’s celestial. When it doesn’t, it’s all a bit David Guetta-does-Deliverance.

Ratatat’s outright slinkiness and layered depth have not deserted them, but the smooth build and cohesive melodic structure of their superlative ‘Wildcat’ is missing here. What we get instead is lavishly overdubbed (up to 32 times, apparently) guitar figures swapping lead lines with other, differently voiced, lavishly overdubbed guitar figures. The effect is something like when, at a gig, the vocalist introduces members of the band to the audience and each one steps forward to play a wiggling variation of the hookline, to the vague and straggling cheers of the crowd. Most often, it sounds as if the guitarists stepping forward are Brian May and Mike Oldfield, which is nice.

The interaction of the two guitarists is compelling in a duelling-banjos way, but it’s more a ‘my turn, your turn’ dynamic than any of the interlocking phased or fugued counterpoint that you might expect when there are up to 32 overdubs. Steve Reich’s ‘Music for Eight Guitars’ this is most certainly not.

As with many axe-hero concepts, the whole sometimes sacrifices musical expression in the quest for technical excellence. In the sense that sometimes the groove gets lost, this is much more Satriani than Vai; more Lindsay Buckingham than Peter Green; more Oldfield than Frampton. To their credit, that’s partly because for much of the album the duo steer away from well-worn blues chord progressions and twelve-bar formats, but whilst it makes the foot tap and the fingers wiggle, there are fewer moments where the album squeezes the groove glands than there might be.

Nevertheless, when it does grab the nads, it does so with a noble grip and waggles them furiously. ‘Pricks of Light’ (fnarrrr!) is glorious in a wig-out air guitar way, as should be a Ratatat song, and will doubtless feature on a slew of station idents, energy drink commercials and extreme sports sponsor-me YouTube edits. Mahoosive dynamics, the customary duelling guitar chops, and surf drums pulling everything together. Air guitar and dancefloor screwface, in one handy pack. Cribbens!

‘Nightclub Amnesia’ out-Daft Punks Daft Punk, rescued from funk-lite perdition by some lustily dirty rock licks looping in and out of centrestage, before the Oldfield voice joins in, coalesces, and gathers the whole lot into something with the intensity (and simplicity) of a Mendelssohn chancel-rattler. A twist in direction mid-way through is deeply satisfying, and if it is a little ‘Get Lucky’, it’s with a deal more depth, integrity and damn-down groove. Track of the summer.

The smooth slouch of ‘Cold Fingers’ brings some pleasant one-finger piano interaction to slow-jam bass and bridge end guitar noodling before some more dirty overdriven licks smash in, assuaging the nagging worry that Magnifique has been stacked too close to Queen’s Flash Gordon soundtrack. (Although that worry never quite goes away.)

‘Supreme’ goes all Spongebob again, this time with added birdsong, before the album gets back on track with ‘Rome’, all backward-tracked swell (sounding a lot like The Zolas’ ‘Stickup in the Observatory’) before the alternating lead breaks in with an overdriven minor key melody. The build on this occasion features a layering-up of the key melody until it sounds somewhat like the Moore/Gorham guitar battle on Thin Lizzy’s ‘Black Rose’. (No rock guitar signature left unplundered here.)

‘Primetime’ farts its way thorough a melody more suited to ‘Daytime’ – the telly variety. A particularly asinine greet ‘n’ weep chatshow theme perhaps. The main difficulty with the song is deciding whether it’s trite or tripe.

A cover of Springwater’s ‘I Will Return’ brings to the fore the ghost of The Eagles twin-guitar setup which has haunted the album throughout. Slide guitars sway through a saccharine opus which lacks only a children’s choir to bring out its full ‘Xanadu’-meets-‘Thank You For The Music’ potential. Phones in the air, everyone, it’s all over bar the outro track, which in common with the intro, is a bit Night at the Opera.

A sweaty, occasionally exhilirating ride though, is Magnifique. Many axes, some sponges, no orcs.