Imagine if, in an effort to clean the air more efficiently, you were involuntarily introducing chemicals more dangerous than the ones you were trying to scrub. 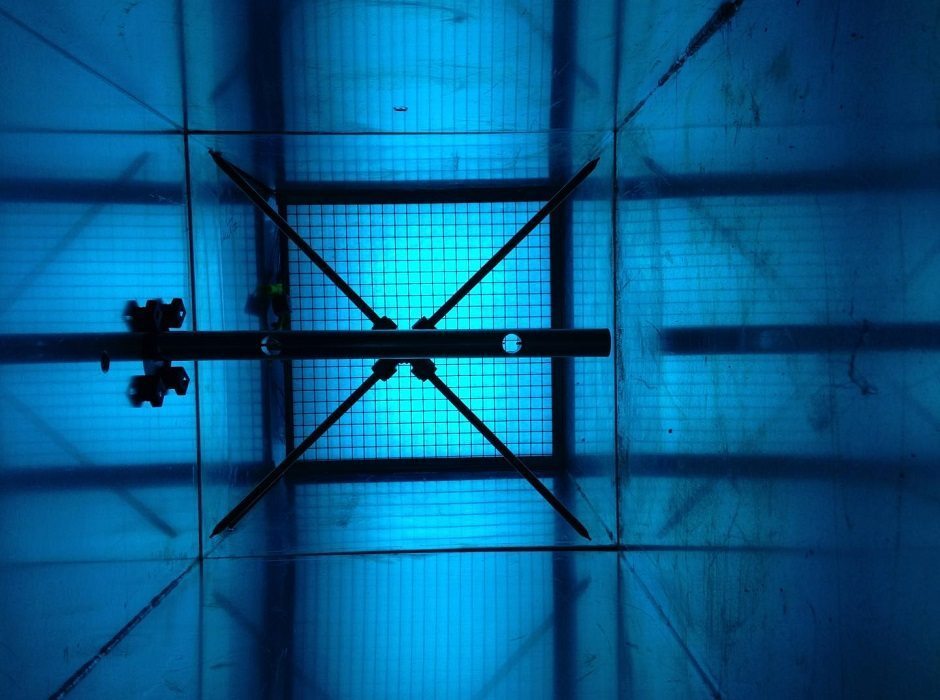 [dropcap style=”font-size:100px; color:#992211;”]S[/dropcap]ometimes modern life makes you wonder whether it was really worth moving out of caves.

Or, for that matter, evolving out of the slime in the first place. One thing about the primordial ooze – didn’t need to be cleaned.

Imagine if, in an effort to clean the air more efficiently, you were involuntarily introducing chemicals more dangerous than the ones you were trying to scrub. Concordia University researchers have found that this exact situation is happening with a type of air filter called photocatalytic oxidation (PCO), a product already on the market. The chemical by-product? Formaldehyde, a known human carcinogen.

In a paper published in the journal Building and Environment, recent doctoral graduate Lexuan Zhong and her supervisor Fariborz Haghighat present the findings of their independent testing of the PCO systems, which filter air using ultraviolet light. This is the first time the systems have been independently tested.

“We were shocked that some of the gases to come through the system are more dangerous than the original gas,” says Haghighat, who is a professor with the Department of Building, Civil and Environmental Engineering and Concordia University Research Chair of Energy and Environment.

With countries like China and Korea eager to fix growing air pollution problems, engineers and consumers desperate for new technologies have been forced to try to evaluate and compare PCO systems themselves in the absence of standards. “That’s a big problem, there’s lots of confusion in the market. We are trying to clarify that confusion and work on developing testing methods,” says Zhong. Her thesis, which developed new methods for the evaluation, was awarded Concordia’s doctoral dissertation prize in 2014.

The battle against chemical contaminants is a challenge because gases come from so many sources–carpets, paint, treated wood. And then there are all the perfumed products we use individually. “Sometimes the concentration of gases inside the building is almost ten times more than outside,” says Haghighat. While regulations limit percentages of chemicals in the air, there are fewer governing specific technologies.

“Because it’s new technology and the public accepts whatever the industry says, if a company says it is working they believe it. But it has not been tested by a standards organization. Usually that takes time,10 to 15 years,” he says.

Besides developing systems that adequately filter without adding by-products, the other major goal is to reduce energy consumption. While the main (PCO) system currently in use employs mechanical ventilation, where fresh air is pumped in from outside and taken out from inside, the method is not very energy efficient. Neither are some other modern systems: Haghighat’s colleague Chang-Seo Lee points to activated charcoal carbon filters (which do have standards attached) as an example of a good technology but one that requires a lot more energy to operate.

Inside-view of the photocatalytic reactor.

In terms of next steps for the investigation of PCO filtration, Lee says the lab wants to experiment with new versions of the technology. “We want to develop our own catalyst because we’ve found the commercial catalyst does not have good efficiency,” she says. Another goal is more complex testing using a mixture of compounds instead of one at a time.

While the technology may be new, the overarching goal of Haghighat’s lab has remained the same for its 25 years in existence. “Our long-term objective is to reduce energy use as much as we can while providing much better indoor air quality. That is the key to designing net-zero energy buildings,” says Haghighat.

Next Story:
Why Do You Notice Human Screams, But Not Jetplanes?