The Right Business: Politics and the Randian Hero

Wealth does not denote moral worth, so why does it make politicians popular? Essay

[dropcap style=”font-size:100px; color:#992211;”]T[/dropcap]
he rise of neo-conservatism and the popular resurgence of the right in Europe and America has produced the new right-wing outsider.

In Britain we have seen the UKIP phenomenon which revolves around the figure of Nigel Farage. In America, Donald Trump has confounded his critics by appealing to many republican voters, and in France Marion Maréchal-Le Pen (pictured right) is making it ever more acceptable to be a right wing nationalist. 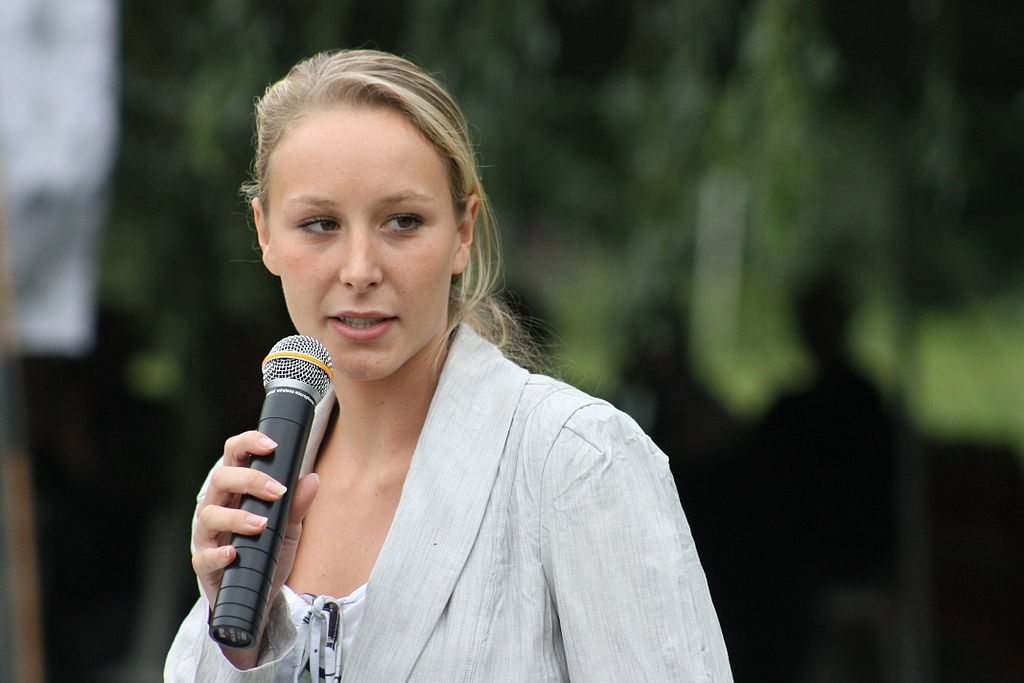 These figures speak to their native brethren by reflecting back to them their concerns and dreams, and they each in their own way stand for something particular about the nation they’re from. Farage appeals to the nostalgic idea of a post-war Britain. His advocacy of smoking and drinking brings to mind Gene Hunt, the 70s alpha male of Life on Mars. Farage’s suspicion of foreigners and his advocacy of traditional values make him a popular figure for those who long for a society they imagine existed before the European Union and immigration, complete with coronation bunting, smoky pubs and far fewer ethnic minorities.

In America Trump stands for something even more toxic: his mantra of ‘we will build a wall’, his open racism against Hispanics, his hatred of the media who he denigrates (much to the amusement of his audiences) brings to mind a more terrifying episode of our history. This is the voice of people who want to wield power. Frustrated by global integration, Trump stands for the resurgence of America as the only superpower, at a time when that seems to the rest of us as an impossible and dangerous manoeuvre.

In France Le Pen is a media savvy rising star who, in the country which produced Sartre, is making it cool to be far right, attracting more and more followers to Front National.

While each one is well suited to appeal to a particular portion of their particular nation (UK: no-nonsense, nostalgic, plain speaking man in the pub; USA: brash, confident, Politically Incorrect, womaniser; France: sleek, intelligent, respectable) there must be more to their appeal, and there is one thing they all have in common: faith in the free market.

Each is connected to business and to money. Farage is a public school city boy, an ex ‘commodity broker’ and keen supporter of the financial sector. Trump is a billionaire inheritee and (albeit largely unsuccessful) businessman whose financial interests are predicated on a solid real estate development business. Le Pen studied business law before committing to her office and married wealthy businessman Matthieu Decosse.

Each outsider has obvious character flaws which were it not for the potent tonic of financial/business credibility would/should finish them politically. Farage is a figure of a lost empire much like his predecessor Enoch Powell, and his continuous appearances with pint in hand and sanguine grin are becoming self-parody. Do any of us really think all our woes are down to immigration? But it doesn’t matter, he’s pandering to us and anyway, hasn’t he done well for himself?

Trump, resembling the Billionaire villain Biff Tannen from the Back to Future trilogy, complete with sexist remarks (and worse, if Ivana is to be believed) is so outwardly and openly obnoxious that he almost defies criticism since his many vices are so self-evident. He even has the bully boy tendency of drawing attention to his opponent’s weight or smell (or disability), often referring to people he doesn’t like as slobs. Trump moves things another step closer to the dystopia described in Paul Verhoeven’s Robocop, where corrupt businessmen rule America with an iron fist. Again, would we take this person seriously if he weren’t a self-evidently successful rich man?

Ah but hasn’t he done well for himself?

And of course Le Pen should have condemned her grandfather’s anti-Semitism more robustly by supporting his removal form the party. She didn’t, letting her spin doctors sort it out and avoid upsetting her grandfather or the French right. Le Pen’s attempted appropriation of Napoleon is a very shrewd move. An emotive figure just distant enough to be the symbol that will broaden her appeal with even more of the general public. Again, she is credible by her mainstream conservatism: slick, business smart, married, traditional and patriotic. This is the surface which lends acceptability to the exciting radical ‘outsider status’ which, simply translated for those of us not in thrall, goes like this: she will punish foreigners and restore my national pride.

The world of the businessman lends credibility to these people. What though, converts the popular image of billionaire fat cats, with their attendant dubious moral status, into viable figures to be entrusted with the protection and representation of their nations?

[To understand this conceptual dissonance we could delve back in time to the Calvinist work ethic or industrial revolution-era plutocrats filleting out a financial (and moral) superiority from the barren ground of divinely-ordained primogeniture from which aristocracy and gentry had, until then, debarred them.

First though, we should cast a glance towards the more recent figure of the alpha male business superman, and Ayn Rand’s construction of that most pertinent of myths. Which author Michael Eden will do in part two. – Ed.]