Heads or tails, sticking a fiver each way on some grotty nag in the Grand National, or having a punt on an online casino from the comfort of our favourite armchair. Got to have a bit of fun before you die, and all that.

Nevertheless, there’s something pretty macabre, not to say chilling, in the news that the odds on storm waters flooding New York have risen 20-fold since the 19th Century.

It certainly beats betting on a white Christmas.

Maximum water levels in New York harbor during major storms have risen by nearly two and a half feet since the mid-1800s, making the chances of water overtopping the Manhattan seawall now at least 20 times greater than they were 170 years ago, according to a new study.

Whereas sea-level rise, which is occurring globally, has raised water levels along New York harbor by nearly a foot and a half since the mid-19th century, the research shows that the maximum height of the city’s “once-in-10-years” storm tide has grown additionally by almost a foot in that same period.

The newly recognized storm-tide increase means that New York is at risk of more frequent and extensive flooding than was expected due to sea-level rise alone, said Stefan Talke, an assistant professor of civil and environmental engineering at Portland State University in Portland, Ore. He is lead author of the new study accepted for publication in Geophysical Research Letters, a journal of the American Geophysical Union. The research also confirms that the New York harbor storm tide produced by Hurricane Sandy was the largest since at least 1821. 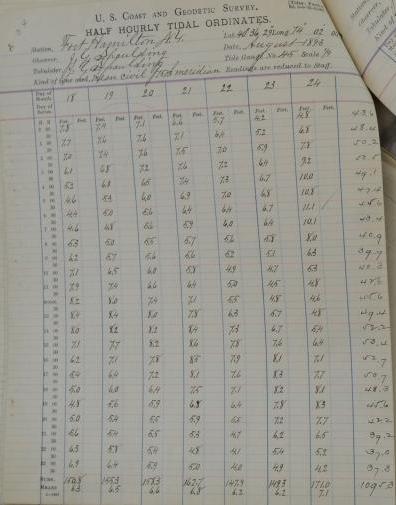 Tide gauge data analyzed in the study show that a major, “10-year” storm hitting New York City today causes bigger storm tides and potentially more damage than the identical storm would have in the mid-1800s. Specifically, Talke explained, there’s a 10 percent chance today that, in any given year, a storm tide in New York harbor will reach a maximum height of nearly two meters (about six and a half feet), the so-called “10-year storm.” In the mid-19th century, however, that maximum height was about 1.7 meters (about 5.6 feet), or nearly a foot lower than it is today, according to tide gauge data going back to 1844, he noted.

To get the data used in the study, Talke and a graduate student photographed hundreds of pages of handwritten hourly and daily tide gauge data going back to 1844 that is stored at the U.S. National Archives in College Park, Md. Back in Portland, Talke and his students entered the data into spreadsheets and adjusted the data where points were erroneous or missing, including using newspaper accounts of big storms to fill in some of the holes. The researchers then analyzed the data to calculate storm tide levels and look for trends, and compared the information with climate data.

The storm tide is the amount that water levels rise during a storm. It includes both the storm surge – the abnormal rise in water generated by the storm above the sea level – and the predicted astronomical tide. The rise in storm tide outlined in the recent study is in addition to the .44 meter (1.44 foot) rise in local sea level that has occurred since the mid-19th century in New York harbor.

Combining the newly calculated rise in storm tide with the rise in sea level that has taken place since the mid-1800s, the researchers found that today, waters can be expected to overtop the lower Manhattan seawall – 1.75 meters (5.74 feet) high — once every four to five years. In the 19th century, when both sea levels and storm tides were lower, water was expected to overtop the Manhattan seawall only once every 100 to 400 years, according to the paper.

Scientists have studied the question of increasing storm tides in the area before, but none have gone back as far as the current study, Talke said. Hourly storm tide records for New York harbor that are kept by federal agencies, like NOAA, only go back to the 1920s, he said.

In the paper, Talke and his colleagues suggest that the variability in storm tides in New York harbor over the past 170 years could be a result of multiple factors. About half of long-term change could be attributed to decades-long variations in the North Atlantic Oscillation, an irregular fluctuation of atmospheric pressure over the North Atlantic Ocean that has a strong effect on winter weather in Europe, Greenland, northeastern North America, North Africa, and northern Asia.

Longer-term trends could also be influencing the increase in storm tides over the past two centuries, according to the paper. The authors speculate that climate change and increasing global temperatures could be contributing to the increase in storm tides. There could also be local factors, like deepening of shipping channels around New York harbor, that could have affected storm tides in the area over the past 170 years, Talke said.

The study’s findings may indicate that “storm surges’ interaction with New York harbor has gotten larger so that in addition to sea level rise, the storm surges may have been enhanced,” said Chris Zervas, a scientist at NOAA’s Center for Operational Oceanographic Products and Services in Silver Spring, Md., who was not involved in the study. “For the latter part of the 1900s, [it shows] that the possibility of overtopping the seawall has increased quite a bit in addition” to sea-level rise, he added.

Having this long, continuous set of data enabled the scientists to tease out decades-long cycles and long-term increases that they may not be able to see with shorter data sets, Zervas and Talke said. Knowing that there has been an increase in storm tides and figuring out why the increase occurred could help scientists better predict what will happen in the coming decades and help cities mitigate future problems, Talke said.

“If it turns out to be a local reason, as has been suggested in some cases, there could be local solutions as well,” Talke said. “In some cases, we may be able to turn back the clock on that a bit.” 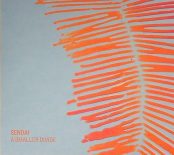