The modern subject is a self obsessed narcissist that masochistically imagines the truth as a destructive monster.

[dropcap style=”font-size:100px;color:#992211;”]D[/dropcap]espite the apparent acquiescence of postmodernism with consumerism a shocking number of dystopian visions emerge in postmodernism, especially in cinema as if something from the cultural unconscious is trying to wake us up from a bad dream. Questions of Identity and authenticity (synthetic humans, Bladerunner) Questions about reality and fantasy (virtual space, The Matrix) Corporate organisations portrayed as ruthless and power hungry (capitalist economy, Robo-Cop, Wall Street) And of course the world ending disaster film (ecological threat, The day after tomorrow) These themes are still popular with audiences today.

Perhaps the cartoon, benday-dot dolls of Roy Lichtenstein really are, the most realistic portraits of the postmodern subject. Vain, self obsessed and anxious: the two dimensional flatness? A reflection of our lack of depth, the banal conversation? A reflection of our inauthentic inner world, and the garish hyperbole and bright colour? A mirror of our quick fix, advertisement driven, manic, consumer culture. 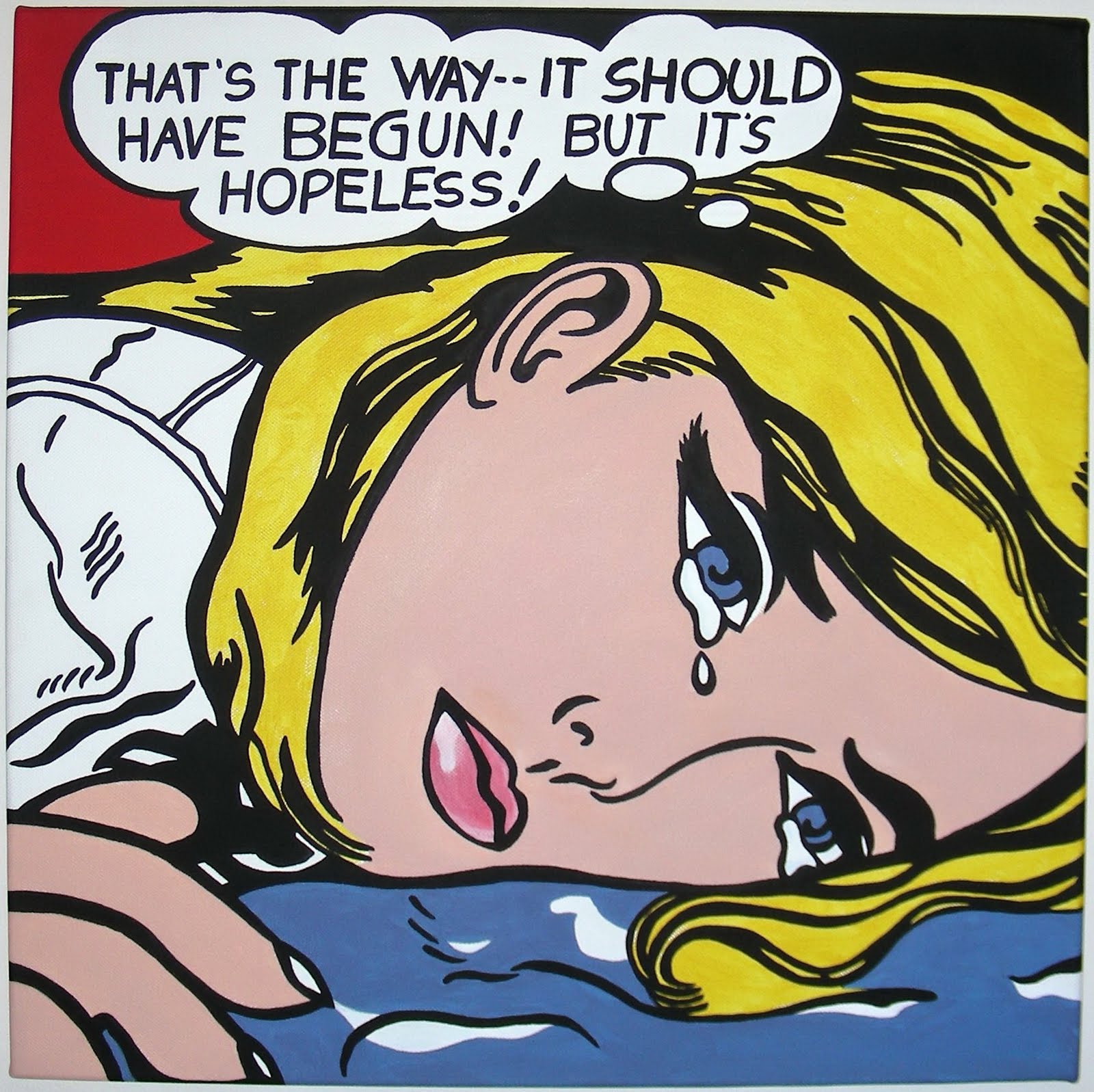 How does such a subject engage with the world around them and avoid change? by safely consuming the horror as palatable film monsters. Take that self awareness! WHAAM!

Will the bright colours distract you from the lack within?

The film examples above are only a few of many which through popular culture mine a very real vein of anxiety in modern western society, or is it just part of the fun? Many agents of truth emerge as monsters in pop culture! Think of Dr Lector’s high powered perception, and contempt for the modern narcissistic subject or the Joker’s uncomfortably credible statement, ‘When the chips are down these, civilised people, they’ll eat each other,’  or Gordon Gekko’s cynical profiteering and relish in the ‘Greed is good’ ethos of the capitalist economy. 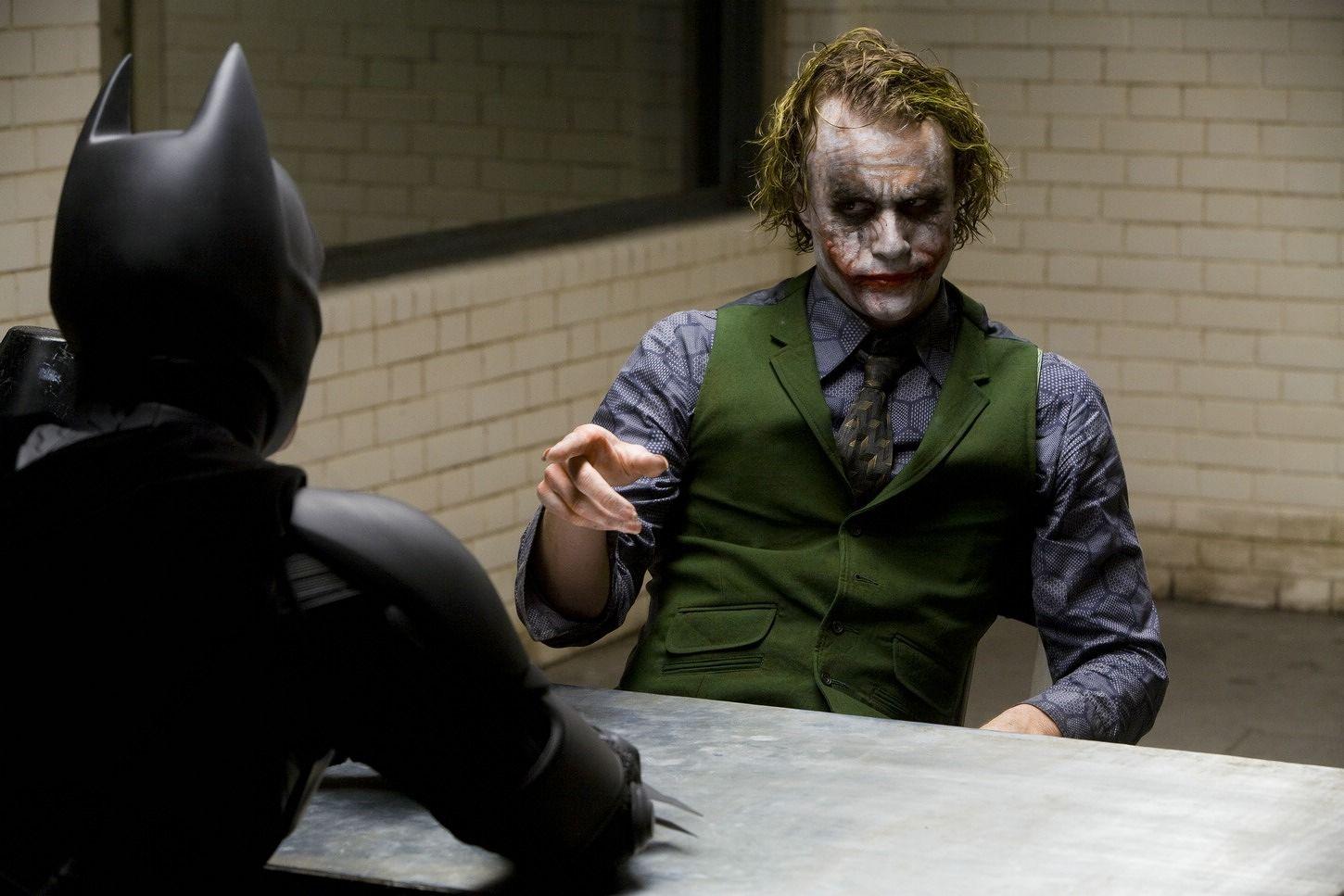 Heath Ledger as the Joker, watch the scene here.

The tendency of these figures to be the most memorable or key spectacles of the films they appear in may be a sign that truth its self is so unpalatable in our time that when its personified in modern myths it must appear as a horrific, scene stealing monster.

Lector’s contempt for the rude and general charm sees us fascinated by him (enough to prompt more films and books) But in the end he is a killer and we are given a comfortable distance to view his activity. The Joker is the only character in the ‘Dark Knight’ who wants the public to know the mechanisations of power but again he is a grotesque and loses to the heroic crusader, and Gekko is the master who is able to face and harness the cruel power of the market but again the close of the film provides the father/son triumph and a retreat from the true lesson of the film (That American power really is about men like Gekko not small family businesses with moral motivations) 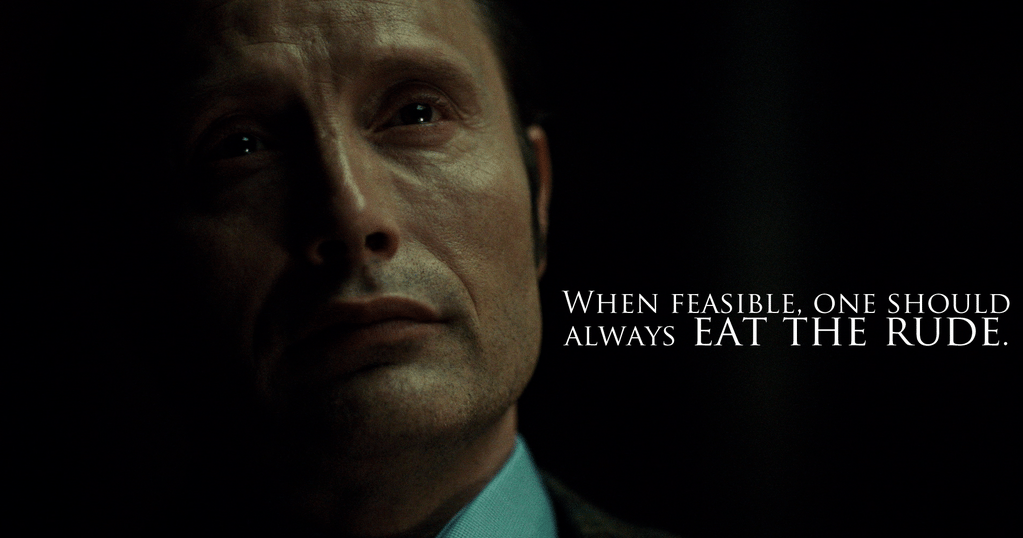 Mads Mikkelsen in the third incarnation of Lector, this time on the small screen in 2012

Strangely then we are exposed to and protected from the truth that these personifications represent, since they appear as monsters and not as the core moral message of the narrative, the protagonists: Starling (Silence of the Lambs) Batman (The Dark Knight) and Bud Fox (Wall Street) All pander to our existing mainstream morality; effectively these films help us to keep separate our sense of criticism and our normal functioning which is never brought together or modelled to us, you are either normal or monstrous, they seem to say. 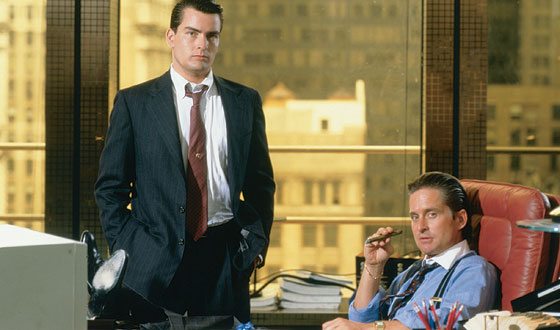 The Self Awareness Pill May Have an Inbuilt Antidote!

The Matrix (1999) is a famous example of a film which directly addresses the fake or rather constructed nature of our society. We are shown a world in which humans are used as batteries by AI robots and programs that allow our dreaming minds to imagine that we inhabit a real place. Political and philosophical interpretations abound, and I don’t plan to add to those here simply to ask weather such an intelligent popular film is really helping to expand understanding of a complex theory (The directors were inspired by Baudrillard’s writing and his book appears in the film) Or is it another ‘fatal exception’ which through the figure of the misanthropic agent Smith again personifies truth in way that we can hope for its defeat?

Agent Smith, ‘The Matrix’ watch his description of humans here.

“Did you know that the first Matrix was designed to be a perfect human world? Where none suffered, where everyone would be happy. It was a disaster. No one would accept the program. Entire crops were lost. Some believed we lacked the programming language to describe your perfect world. But I believe that, as a species, human beings define their reality through suffering and misery. The perfect world was a dream that your primitive cerebrum kept trying to wake up from. Which is why the Matrix was redesigned to this: the peak of your civilization,” Agent Smith, The Matrix, 1999

A particularly useful way to understand the anxiety of the postmodern world is to consider the simulacrum; The early 20th century was defined by mortality, two wars had cemented in the popular imagination the many ways a human body could be dashed to nothing. In a post-modern world this very material concern is extended to the very idea of freedom its self; is there autonomy? is there reality? or are we simply cogs in machine. The role of meaning and the ways this can be degraded are illuminated by the concept of the simulacra.

Jean Baudrillard developed the idea of the simulacrum after engaging with the work of Marshall McLuhan; simulacra, which is defined as,

“Simulacra are copies that depict things that either had no original to begin with, or that no longer have an original,” Robert Goldman; Stephen Papson (2003-08-30)

The term had been used as early as the sixteenth century but through Baudrillard its meaning was broadened to describe an increasingly image dominated world in which representations of originals became more prevalent, influential and important,

“Simulation, Baudrillard claims, is the current stage of the simulacrum: all is composed of references with no referents, a hyperreality,”Jean Baudrillard. Simulacra and Simulations.

Baudrillard uses a famous example of a map which becomes so overly important to the makers that it eventually takes over from the real country that it purports to record,

The following example may help to see the effects over time of this force, 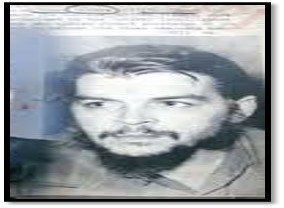 1. It is the reflection of a basic reality

Hey look its Ernesto “Che” Guevara the Argentinian Marxist revolutionary who was killed in Bolivia, you know darling his final words were, “Shoot me, you coward! You are only going to kill a man!”

An actual image above from the moments before the execution as reported in a newspaper. 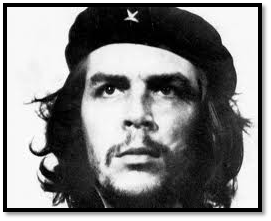 2. It masks and perverts a basic reality

Hey look its “Che” Guevara, he’s a freedom fighter he stood for defiance and rebellion,. .Cool.

The image made popular in the media (above) a more photogenic potent image for publication. 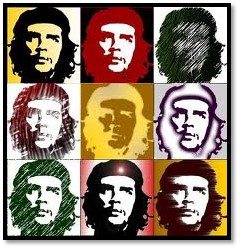 3. It marks the absence of a basic reality

Hey look, who is that, isn’t he some sort of political guy? Is he a goodie or baddie? He looks sort of intense,

The proliferation, repetition and mass production of the image which begins to take on its own life.

4. It bears no relation to any reality whatever it is its own pure simulacrum

Hey look at this, what a cool beard! Totally retro, do you think it would suit me?

The image is just a skin which is no longer attached to its meaning, we can only imagine how Che might have felt about adding to the profits of 21st century clothes outlets!

We can see that this journey is at first changing the way we see the image but which shockingly comes to change the reality itself by ensuring that the proliferation of images which dominates our culture bears less and less relation to any meaningful real base while coming to define the society dependant on image reproduction.

Meaning is stripped out of the image as it comes to the level of a husk which is nothing more than its present contextual associations. Perform the same experiment with Christ or with Emmeline Pankhurst. Or for a real shock, your own online images of yourself.

If we have conveniently encased truth in the limiting shell of our popular villains then aren’t we to blame for the problems caused us by the addictive mediums that pander to us? 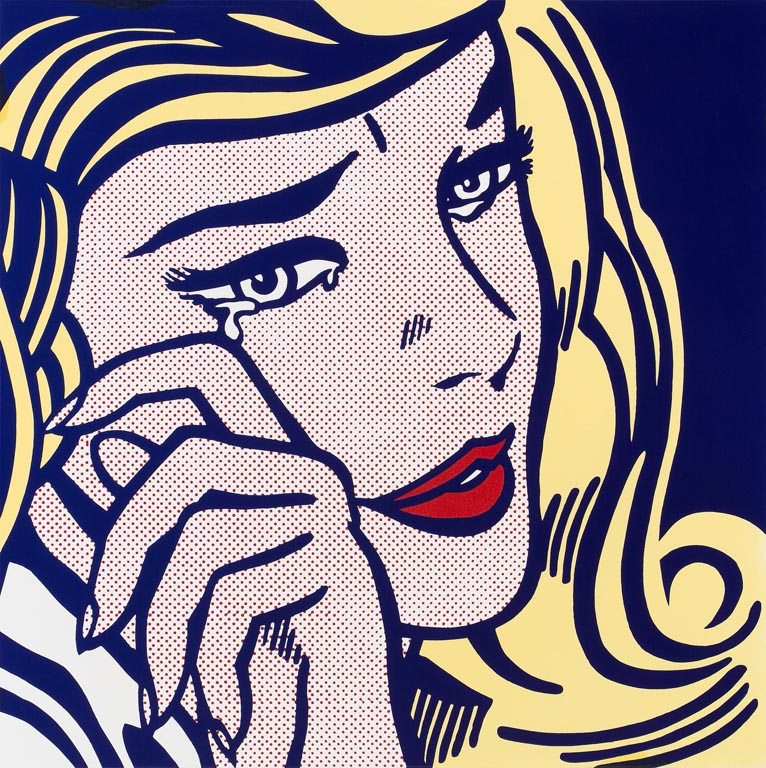 You could weep at the fate of your own image. Long after your death a husk of you will haunt future generations; potentially repeated ad-infinitum by future mass media, an electric ghost: never allowed to disappear, to die, or make way for the new. Who knows what you’ll be used to sell!

Next Story:
No More Organ Noises For You (Bleeding Through)