There is much debate about what epoch we are currently in, have we moved from postmodernism to some other overarching force? Probably not!

[dropcap style=”font-size:100px;color:#992211;”]I[/dropcap]n Greek myth the Phoenix emerged from the ashes of its predecessor, its rebirth was a triumph against the depressing forces of Thanatos (personification of death) But how should we react when what emerges from the flames is so different? Having explored Modernism in a number of articles looking at the characteristics of the epoch and the challenges it presents to our time (see list of articles under Links) Trebuchet will examine the nature of Post-Modernism which came out of the rubble of the Modernist project. Part of the series: Postmodernism & its Discontents

in which he said that modernism died 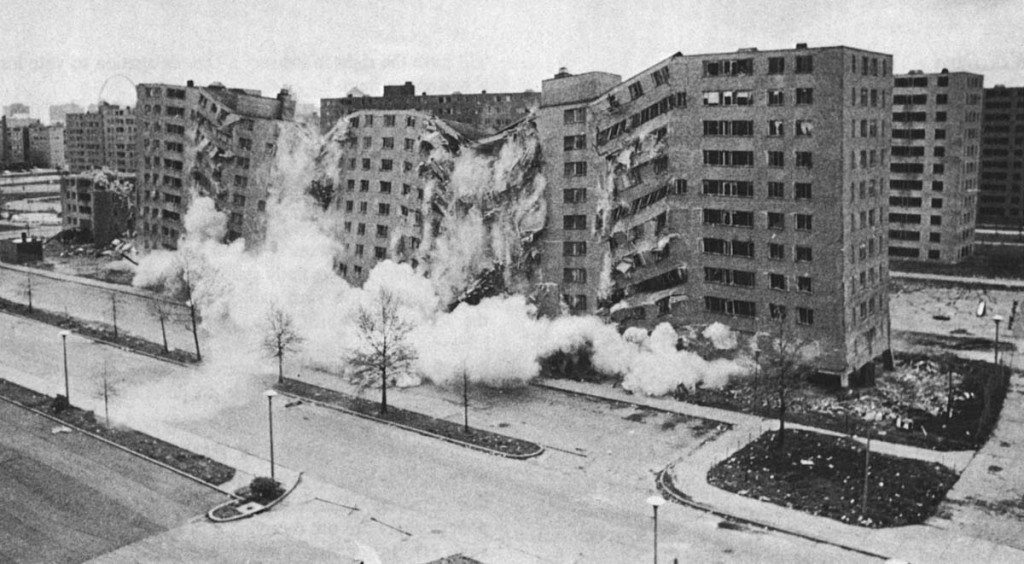 The demolition of AIA Award-winning housing project at Pruitt Igoe

The demolition of the Pruitt Igoe building in St. Louis, Missouri in 1972 apart from being depressing for the firm of Leinweber, Yamasaki & Hellmuth (designers) is often referred to as the moment that Modernism as the overarching hegemonic force died and what rose from the dust was simply post,

“So you have to be on the one hand ironic about failures, probably the beginning of a new depression, another crisis of modernism, modernisation, modernity. What’s going to get us out of this? We have to re-think the modern movements in all the arts and in society and post modernism is the umbrella term for re-thinking,”Charles Jencks 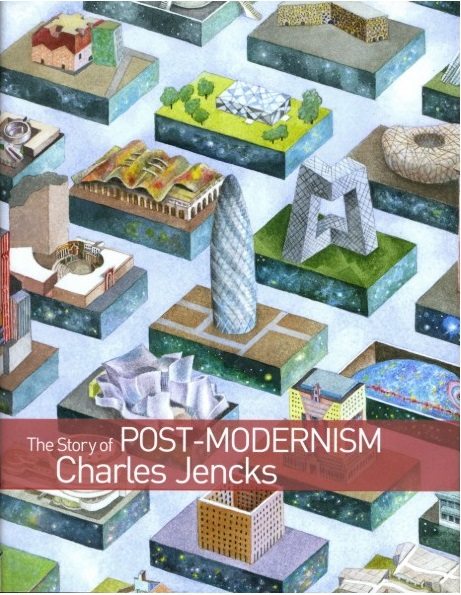 Notoriously difficult to define and harder still to say if we have left this broad cultural force for another all defining era: Meta-modernism? Neo-modernism? Alter-modernism? And so on and so on (so many contenders for hegemony may prove that the fractured pluralistic postmodern era has not quite lost its grip) We will look at the defining ideas, pit falls, dead ends and advantages of the era we might just have left behind but are probably still in!

Where Modernism was defined by ideas such as, progress (the idea that we might incrementally and sometimes dramatically improve towards an ideal state) and universal truth, examples might include Freud’s attempt to explain human behaviour via sexual dynamics and unconscious desires or Marx’s attempt to show that history is a class struggle defined by the subordination of one class by another, Einstein’s relativity and so on; postmodernism is defined in contrast by doubt and a lack of faith in grand narratives and great political ambitions,

“(the view of modernism) common, especially in the West, are those who see it as a socially progressive trend of thought that affirms the power of human beings to create, improve and reshape their environment with the aid of practical experimentation, scientific knowledge, or technology,” ‘All That Is Solid Melts into Air: The Experience of Modernity’ Marshall Berman, 1988

Berman’s description above is accurate but these very values where already questioned in 1988 when the book was written and as we will see in this set of articles much earlier than this the cracks where appearing that would end the hegemony of Modernism.

The End of Modernism

Grand notions however emancipatory or seemingly positive belong to certain peoples and certain times; the beautiful ideas championed by Modernism, progress, absolute truth and utopian gestures have come under pressure as purely Euro or Western-centric narratives,

“In fact it goes back to the 60s really, in a radical way. Feminism, black power, a whole series of issues all over the world,” Charles Jencks

Whatever we think of those voices the fact that they are heard at all was a sign that modernism as a great train was being derailed and the concept of uniting all causes under one banner was disappearing.

“The notion of a singular aesthetic is untenable,

is entirely unrealistic in a democratised society,” 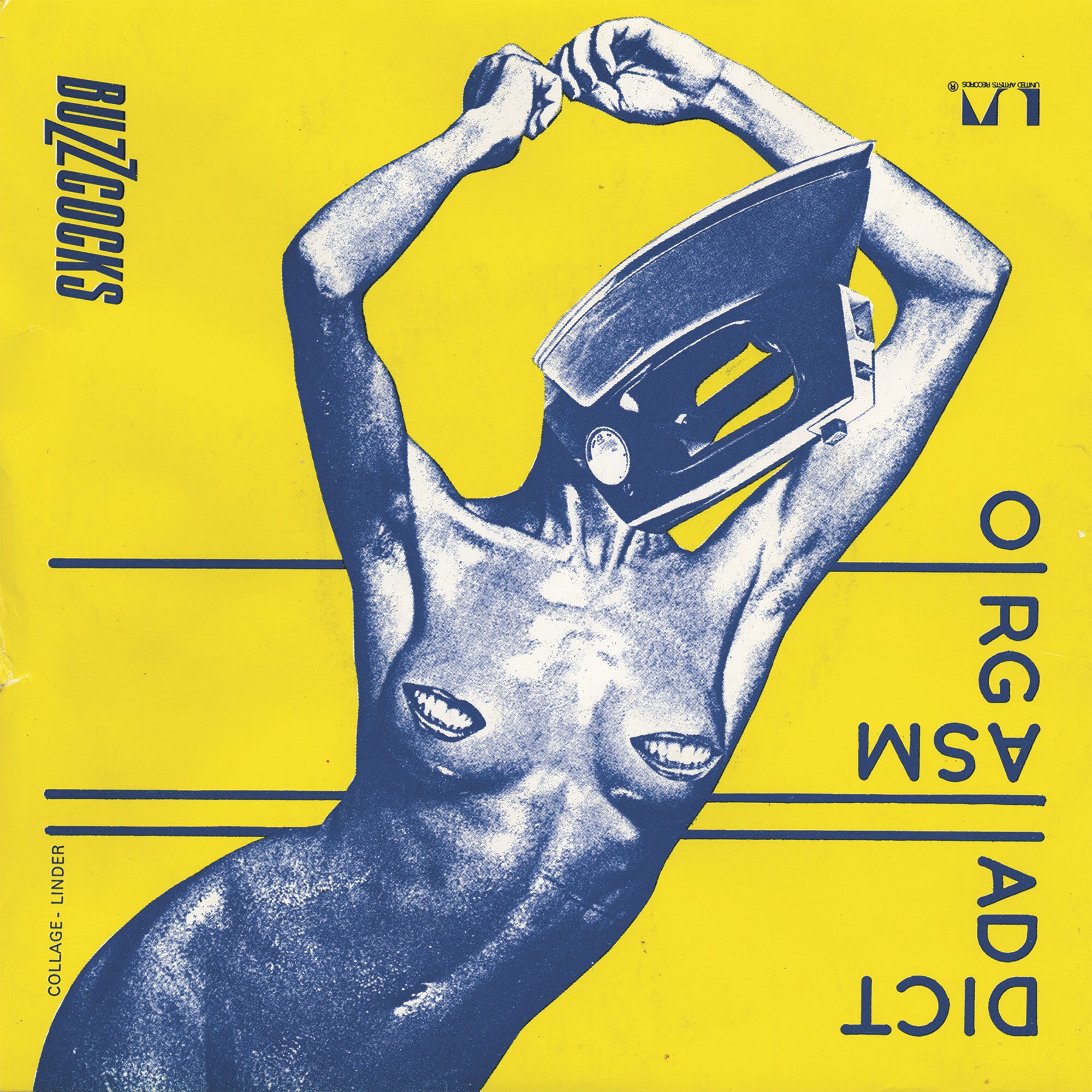 Derailing the Train of Modernism

This derailing in part was a result of deeply felt disasters that occurred in the very heart of Modernisms locus, Europe. World War One, undermined any notions of the modern world as a greater rational force than previous eras and even while the futurists where celebrating advancements in technology it was clear to all that science aliened its self to whatever madness was occurring at the time, so swords and cannon became tanks and mustard gas, social reform could easily become eugenics and more knowledge about all of this did nothing to prevent another war.

Reducing both WW1 and WW2 to footnotes does not do justice to the moral and ethical damage done to early modern ideas of progress but suffice to say that the industrialised carnage of the Second World War and the even more damaging implications of the Holocaust with its cold efficiency left many great thinkers very pessimistic about a modernist Utopia and the reforming potential of the arts and sciences to re-make man for the new age was depressingly crushed the optimism of Charles Baudelaire’s sentiments in his essay ‘On the Heroism of Modern Life’ 1846 in the latter 19th century anticipated modernist values,

“The pageant of fashionable life and the thousands of floating existences – criminals and kept women – which drift about in the underworld of a great city; the Gazette des Tribunaux and the Moniteur all prove to us that we have only to open our eyes to recognize our heroism…So there are such things as modern beauty and modern heroism!” Charles Baudelaire “On the Heroism of Modern Life,” from Salon of 1846

Baudelaire was a champion of Manet and an influence on the Impressionists who had successfully challenged the stuffy and stale work of the then status quo where working in a kind of shadow of Neo-Classism (Salon art) was acceptable,

“We are each of us celebrating some funeral. A uniform livery of affliction bears witness to equality,” Baudelaire IBID

Baudelaire is not misguided he is simply looking for the positive potential of his time looking forward to a reinvigorated artistic sensibility with a relevant role in the modern world,

“But to return to our principal and essential problem, which is to discover whether we possess a specific beauty, intrinsic to our new emotions,” Baudelaire IBID

Baudelaire’s optimism for modernity his celebration of the modern City Is given a depressing contrast when we imagine his words ‘child of giant cities, of the intersecting of their myriad relations,’echoing around the trenches of World War One, the killing fields and death factories or the obliterated metropolises of the second world war so characteristic of the early 20th century.

“Who among us has not dreamt, in moments of ambition, of the miracle of a poetic prose, musical without rhythm and rhyme, supple and staccato enough to adapt to the lyrical stirrings of the soul, the undulations of dreams, and sudden leaps of consciousness. This obsessive idea is above all a child of giant cities, of the intersecting of their myriad relations,” Baudelaire, Dedication of Le Spleen de Paris 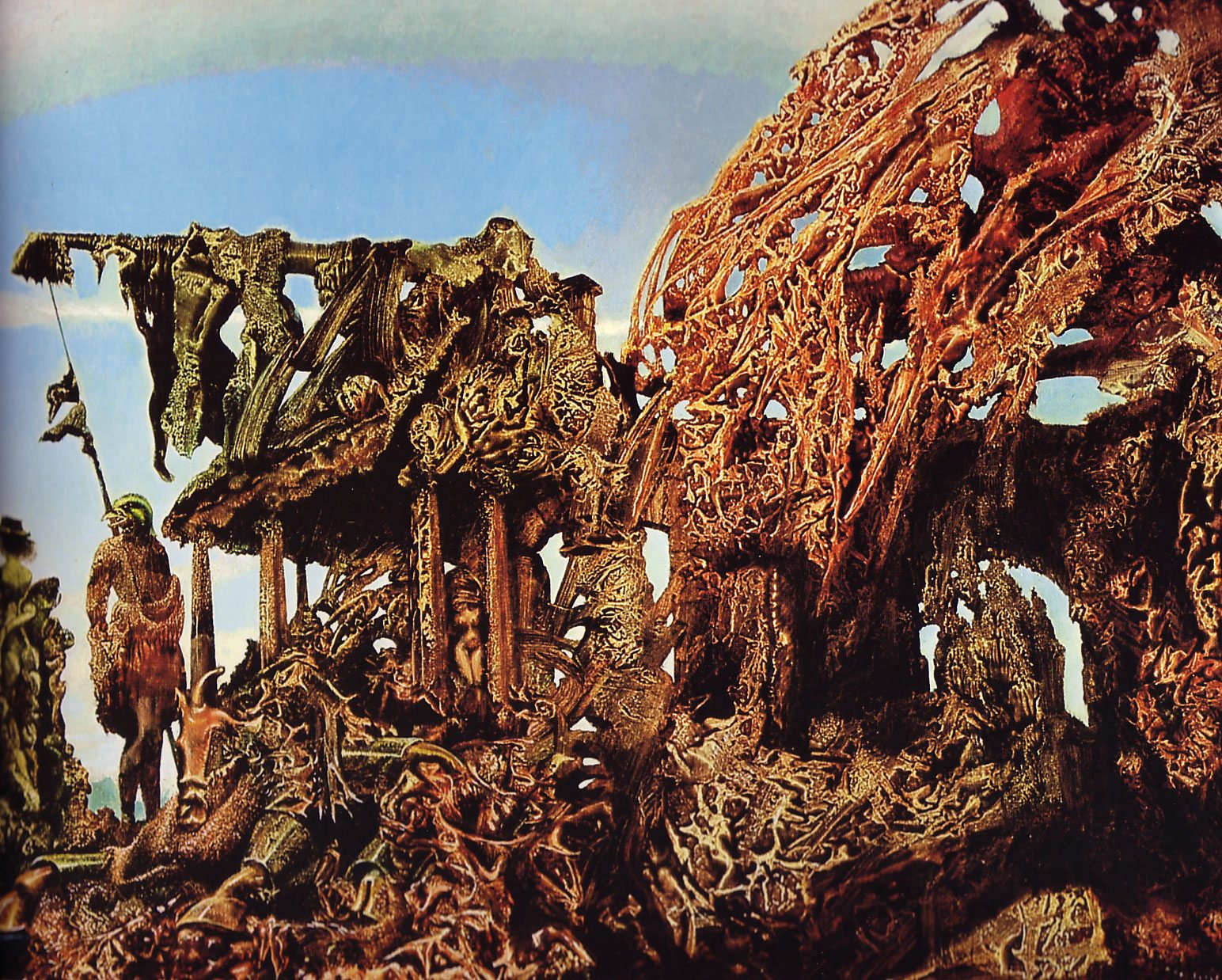 Ernst’s withered and ruined landscape (above) gives body to the psychological disappointment that the destruction of Baudelaire’s optimism represents in the collective European mind. Paris stood yes but Baudelaire’s concept was left devastated. Ernst’s work in part self exploration (notice Lop lop the birdlike figure Ernst identified with) solidifies a little psychological trauma; Lop lops presence means we are in a psychic space. Ernst conflates this with the literal destruction wrought by the war.

Further to that, the great levelling of classes that was actively willed by the political left reached either a plateau as in Britain and America where the average citizens life improved but not enough to undermine the old power structures that simply transferred interests between warfare and economics or worse; it resulted in the disastrous totalitarianism of Soviet style dictatorships where the proletariat was worse off with their comrades than they were with their betters!

‘Money doesn’t mind if we say it is evil,

it goes from strength to strength. It’s a fiction,

an addiction, and a tacit conspiracy.’ Martin Amis, 1984

America would come to own this new consumerism which flattered the post war generation with chrome toasters, dishwashers, cars and Hollywood films. This reached its dizzy heights in the 1980s with the Reagan era ‘greed is good’ mentality a simple and inevitable popularisation and simplification (or purification if your that way inclined) of market values and Adam Smith’s, “It is not from the benevolence of the butcher, the brewer, or the baker that we expect our dinner, but from their regard to their own interest,” Adam Smith

The Modernist art movements that endeavoured to re-make man through great art seemed poe-faced and even deluded after the trauma of war and artists like the Abstract Expressionists were usurped by the more in tune irony and apparent optimism of Pop Art (Pop art was bright, not difficult to get the references and celebratory for the most part of consumer society) 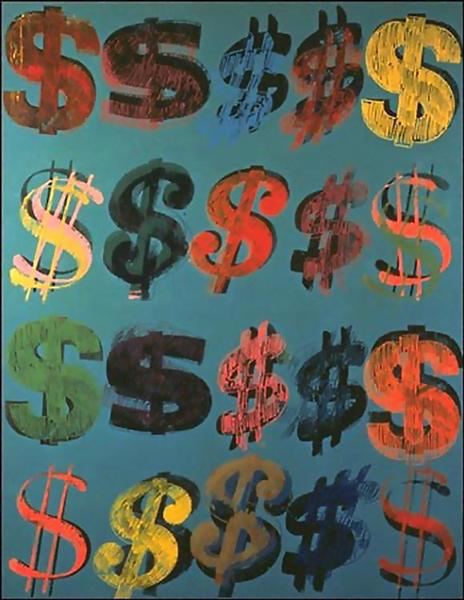 The Journalist Adam Curtis sums this up differently and contrasts the difference between artists that endeavoured to change the world with those (his example is Patti Smith) that simply experience it seeking to develop a pose in response to the world, he (Curtis) equates ‘cool’ to this simple abdication from social or spiritual transformer to celebrity-pure, an icon part of the media light show. 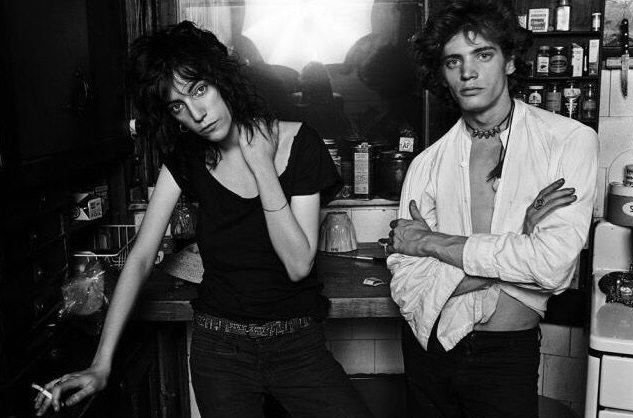 These were the circumstances which weakened the domination of Modernist ideas and while Post-modernism is not an entirely negative movement it was never implemented or conceived of as a replacement; rather it emerged out of the collapse and fragmentation of modernism and represented an at least, symbolic death for enlightenment values that had survived and evolved in modernism.

Modernism Under Attack (in the past and by the present) https://www.trebuchet-magazine.com/modernism-under-attack-in-the-past-and-by-the-present/

Understanding The Modern, it happened in the past! https://www.trebuchet-magazine.com/45774-2/

Do We Understand Modernism? We Better! https://www.trebuchet-magazine.com/understand-modernism-better/

Next Story:
The Ticking Bomb, Torture & the CIA