The People on the Bus

She didn’t want to talk to anyone, in case they tried to sell her into slavery. I assured her that if she wanted to speak to me, that I would get the best price I could

It’s Africa. When you’re not crammed thirty into a fifteen-person van or riding ten deep in the back of a pickup truck, you’re crawling along at ten miles an hour in a broken old bus or standing nose to armpit with an overweight, middle-aged man who hasn’t bothered with a shower in three days as he’s “been traveling.”

You come to expect these things and know that delays are inevitable. A travel day is usually that, a day in which you know nothing can be accomplished, and if you arrive at your destination within a reasonable amount of time, then you’re not really sure what to do with yourself. “What is this? I didn’t plan for this. How did this happen? Did we break the laws of physics?”

for three hours while

he tells you that religion

Luckily, a recent bus trip confirmed all my previous beliefs about the reality of space-time in the African context. A 192km trip from Francistown to Bulawayo, a distance that one can travel in three hours by private car, even with a border crossing, took eight.

I don’t want to write a piece that lists the vagaries of why we were delayed, a complaint that encompasses breakdowns, blowouts, or border politics. It’s been done to the point of ennui. It’s a hackneyed staple of “the African experience,” and not one that I want to promote.

Instead, let’s focus on the little things that help one through such a trial. 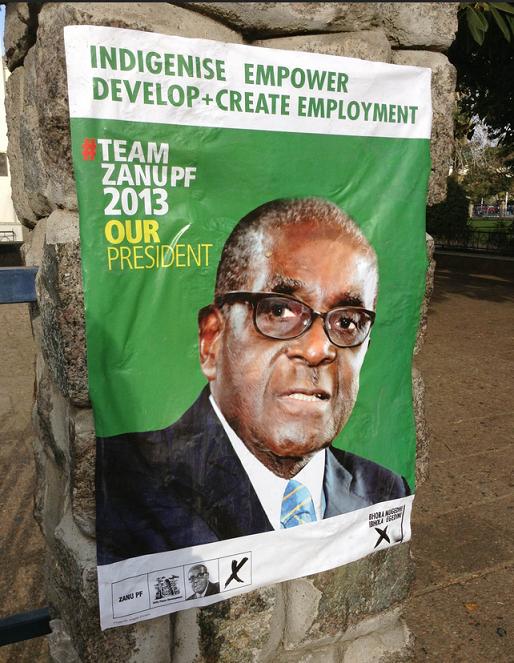 I took the bus in part because I didn’t want to be forced into conversation by a hitch. Don’t get me wrong: I love talking to generous strangers on long stretches of open road, but for every comically racist South African or genuinely interesting customs official there’s a scary racist South African or an ultra-religious truck driver playing the same praise song on repeat for three hours while he tells you that religion can cure AIDS.

Instead, I sat next to Bernadette, a young Ugandan woman on her first solo trip to another country. She was paranoid. She didn’t want to fall asleep, she told me, in case someone tried to steal her bags. She didn’t want to talk to anyone, in case they tried to sell her into slavery. I assured her that if she wanted to speak to me, that I would get the best price I could for her from my Romanian contacts.

It’s good to have a friend on board when a bus trip goes as far south as this one did. As it was, by the end of the trip, I wanted to burn the motherf***er down. If she hadn’t been there, I might have actually done it.

The problem came at the border. I know I said I wouldn’t do this, but bear with me. You have to pay duty on goods imported into the country. When you try to hide said goods from customs officials, and get caught, you’re going to be in for a bad time.

So it was. You gain a bit of solidarity with the other passengers as you mill about in the no-man’s land of ‘not quite there yet.’ You get to explore the murky side of razor-wire and chain-link fences, the people who draw livelihood from the frontier. It’s not the obvious ones, the government officials in their brick offices, it’s the women selling cold drinks in the shade of a tree, all day, every day. It’s the guys who spend their days ferrying people to and from the border. They know everyone in their domain, pick their teeth with acacia thorns, sleep through the heat of the day, and are always on the prowl for a fare. They’re the jackals at the frontier, and if you’re stuck, they’re your only hope (for the right price). It’s the prostitutes who laze like cats and ply their trade with the truckers who’ve driven through the night to get through the border at first light.

You’re finally on the road again. It’s night. You’ve got a pirated copy of Wreck It Ralph on your computer, which gives you something to take your mind off the pain in your back, in your legs from sitting in one place for too long. Before long, you realize you’ve made a friend. A little boy attracted like moth to the glow of your computer monitor and the bright colors of an animated feature. We’ll call him Curious, as that’s exactly what he was. Zimbabweans usually have names like that anyway: Blessing, Psychology, Chemist, Gift.

[quote]“I’ve actually got a very

away in here, that’s okay,

right?”
“As long as you have

You don’t want him to fall if the bus has to swerve or brake suddenly, and pretty soon, he’s sitting on your lap, watching with you. Wreck It Ralph, by the way, five stars. Even better if you have a curious four-year old to watch with you.

You get pulled over in a random stop by the Zimbabwe Revenue Authority. They’re checking bags. You go through the whole rigamarole of the border again, but at night this time. No flashlights, the guys are using their cell phones to examine the bus, to examine bags. Really, how expensive could a torch be? Why are we searching bags the same way we look for a dropped set of keys on a drunken night out?

The bus’s headlights wash over you, hazy in the dust kicked up by fifty people tramping about. A customs guy comes over and asks you to open your bag.

“You smuggling drugs into our country?” He semi-shouts it before cracking a smile.
“No, just a lot of weapons, officer, is that okay?”
“Oh no, that’s fine. You just have to have a permit for that.”

What’s this? A custom’s officer with a sense of humor? “I’ve actually got a very small Asian man packed away in here, that’s okay, right?”

“As long as you have a permit.”

Ultimately nothing can keep you sane through eight hours of waiting around on a trip that should have taken three. But everyone’s in the same boat, as much as you hate to admit it, and if everyone else can suffer through it, so can you. 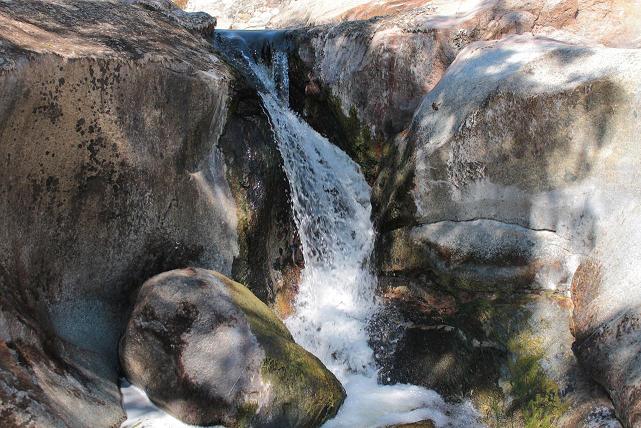 You take some solace that this bus never runs this late. The taxi driver’s on your side. This is the latest he’s ever seen this bus come in. So that’s something, I guess. It’s late for everyone. You’re tired, bone-sore, but you’ve made a few fleeting friends. A four-year old boy you’ve nicknamed Curious; he’s asleep in his mother’s arms when the bus pulls in to the yard. Bernadette – she slept most of the way, finally trusting you won’t harvest her organs. Invited you to a wedding the next day. A witty ZIMRA official who just wanted to break up the monotony of having to work at 9:00 on a Friday night.

Maybe it’s one of those trips that can seem so terrible that you focus on the bad and forget about it a week later. Maybe over a beer, you can kvetch to whoever will listen and forget that there were others there with you, just as tired, just as frustrated, just as sore.

But maybe if you write it down, you’ll remember a completely ordinary, extraordinary experience and the people who were there to share it with you. 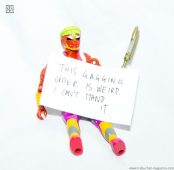