Buried for 100,000 years at Xujiayao in the Nihewan Basin of northern China, the recovered skull pieces of an early human exhibit a now-rare congenital deformation that indicates inbreeding might well have been common among our ancestors, new research from the Chinese Academy of Sciences and Washington University in St. Louis suggests.

The skull, known as Xujiayao 11, has an unusual perforation through the top of the brain case — an enlarged parietal foramen (EPF) or “hole in the skull” — that is consistent with modern humans diagnosed with a rare genetic mutation in the homeobox genes ALX4 on chromosome 11 and MSX2 on chromosome 5.

These specific genetic mutations interfere with bone formation and prevent the closure of small holes in the back of the prenatal braincase, a process that is normally completed within the first five months of fetal development. It occurs in about one out of every 25,000 modern human births.

Although this genetic abnormality is sometimes associated with cognitive deficits, the older adult age of Xujiayao 11 suggests that any such deficits in this individual were minor. 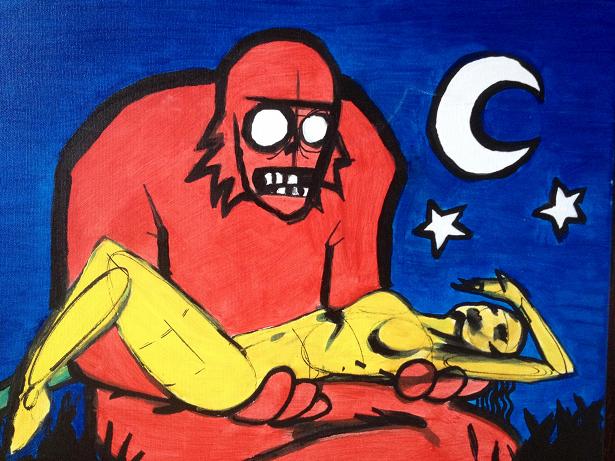 Traces of genetic abnormalities, such as EPF, are seen unusually often in the skulls of Pleistocene humans, from early Homo erectus to the end of the Paleolithic.

“The probability of finding one of these abnormalities in the small available sample of human fossils is very low, and the cumulative probability of finding so many is exceedingly small,” suggests study co-author Erik Trinkaus, the Mary Tileston Hemenway Professor of Anthropology in Arts & Sciences at Washington University in St. Louis.

“The presence of the Xujiayao and other Pleistocene human abnormalities therefore suggests unusual population dynamics, most likely from high levels of inbreeding and local population instability.” It therefore provides a background for understanding populational and cultural dynamics through much of human evolution.

Published March 18 in the journal PLOS ONE, the study is co-authored by Xiu-Jie Wu and Song Xing of the Institute of Vertebrate Paleontology and Paleoanthropology, Beijing. Its findings are based on the analysis of the fossilized partial skull of an adult late archaic human from the Xujiayao site, in the Nihewan Basin of northern China. [Source: Washington University in St. Louis. Eurekalert].