Twenty-three years is a long time to wait for a band’s next album.

Especially when it is best known as doom legend Scott ‘Wino’ Weinrich’s ‘Other, Other, Other Band’. Still, like a really crappy rural bus service, The Obsessed has at last arrived with a new LP, Sacred.

In summary, there’s a lot here to be impressed by. Though only time will tell if it is truly on par with the band’s earlier output, like its 1991 classic, Lunar Womb. There is also a bit too much filler, as you’d expect from an album with twelve tracks, plus two bonus songs. 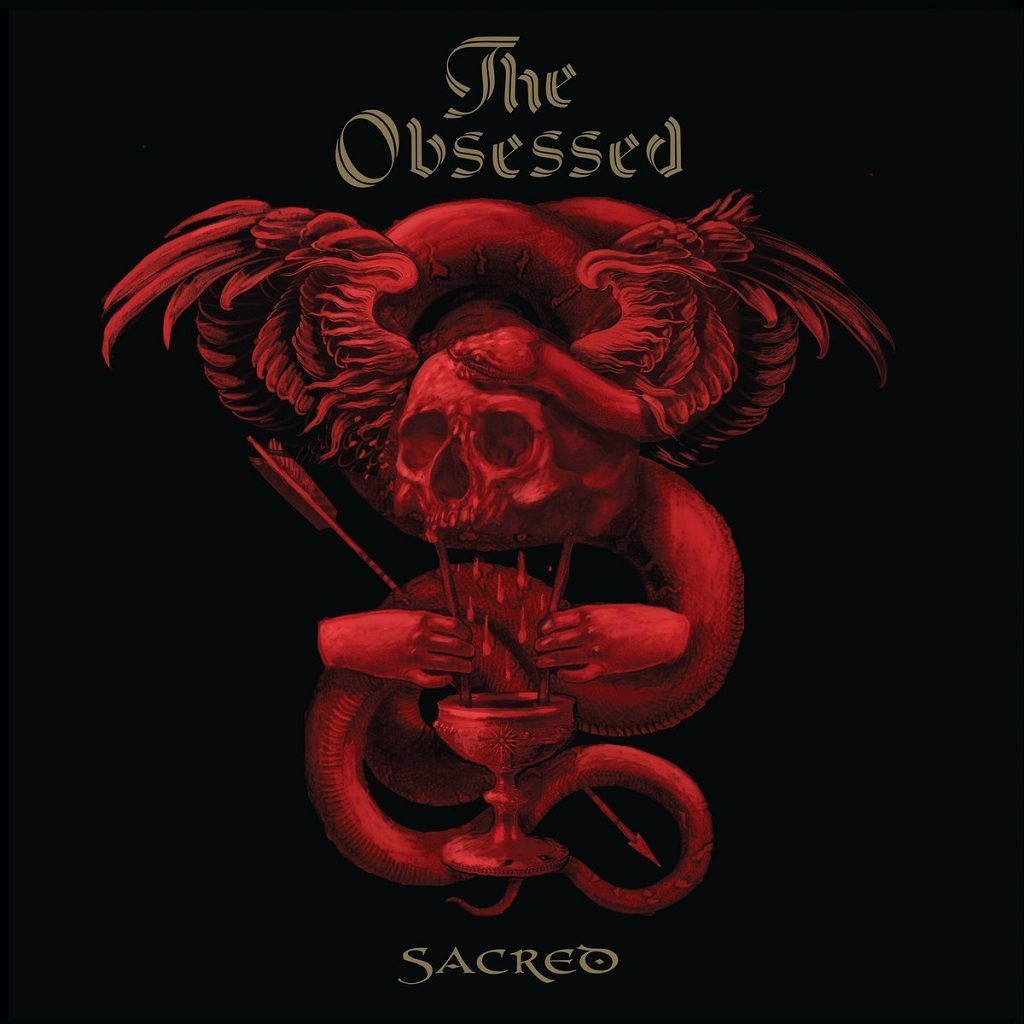 Nevertheless, it starts strong with the first track, “Sodden Jackal.” This has that trademark mix of drone and sad whimsy the band’s sound is known for, with some truly heavy sections just to make it clear this is no nostalgia trip. Nicely following it up is “Punk Crusher”, which does, of course, also sound like an Obsessed song. But then it suddenly erupts into a nice spiky chorus and core riff. Throughout, it oozes blues-laden doom.

There is a need for some variety at this point. So the title track quite helpfully brings it. The end result is much more forlorn and epic in tone, and even sounds a bit like The Skull at its most dramatic. But it quickly springs back into the classic Obsessed sound, and flits between the two vibes throughout the song, before going into a brief full-on dooms/blues solo.

Sadly, “Haywire” doesn’t keep up the winning streak. A buzzing and rather by-the-books number, it is hardly the band pushing its own envelope. It is good in its own way, but it is hardly a revelation. Similar problems afflict track six, “It’s Only Money”. It is, in practice, a bit of filler, and its stop-start tempo starts to get on one’s tits after a while.

Jumping back to track five, however, and we have the ominously titled “Perseverance of Futility.” Not to worry, though. Its deft use of organs (and a dash of the old cowbell) adds a depth to the song, helped along no end by a suitably riff-tastic and polished solo.

Track seven, “Cold Blood”, meanwhile, rides to the album’s rescue after “It’s Only Money” fails to impress. Indeed, this is more like it, an instrumental full of lovely riffs and that gloriously catchy and emotive sweep the band does so well. (Oh, and some strong solos too.)

Another stand out track, “Stranger Things”, follows straight after. Showing off some wonderful riffing and vocal distortions, it builds up to a series of crushing heights. Even the lyrics are wonderful. “Dealing with dichotomy”, Wino croons at one point. You don’t get lyrics like that in a fucking Kasabian song. All in all, it’s epic and catchy without being trite or repetitive. It even ends on a nice acoustic guitar section.

“Razor Wire” is next. It’s stripped down and simple (not as much as “Be The Night”, but more on that later.) It’s very catchy and direct, and has an excellent solo mid-song.

And yet, this is followed up by the oddest track on the album, “My Daughter My Sons.” Setting aside the downtuned wistfulness of the band’s usual output, the song is instead a sort of heartfelt address to Wino’s kiddies. The end result sounds odd because it tries to use the Obsessed sound for something that is more… life affirming? Even the core riff of the song sounds a bit confused, like it wants to drop down, but finds itself pulled up awkwardly by all the paternal adoration.

Of course, the song has an added poignancy, given Wino’s relapse into crystal meth use back in 2014 (the daft sod). Indeed, with its rather reverential tone, the song sounds a lot like it was written by someone who worries he doesn’t deserve what he’s got. All very well, of course, but does it make for good doom?

No, but only because Wino is trying to play badminton with a cricket bat, so to speak. You can’t say how great your kids are via a sub-genre that excels in existential despair, drugs, madness and monged out cosmic sex-wizards from the 1970s. The Obsessed still gives it a fair go though.

In any case, it’s a hell of a leap from “Born Too Late” via St. Vitus, or that compelling, horrific Goya painting of Saturn eating his children that graced the cover of “Lunar Womb”. It’s said misery is good for art. But surely it’s better to have a happy Wino instead?

The penultimate track, “Be The Night”, gets back to work with an almost jarring certainty. Fans of the band will, of course, have heard this many times already. It was previewed months ago by Relapse and featured on a Mojo cover-mounted CD. But while it is definitely the album’s ‘radio friendly’ track, given its urgency, hooks and accessibility, it is not dumbed down by any means.

Significantly, it sounds exactly like you’d expect an Obsessed song to sound, and it’s almost at the end of the album. You have to listen to the rest of the record before you get to it. It’s the cherry on the doom-cake. Then there’s “Interlude”, a fade-out with Obsessed riffs going nowhere in particular. Something from the cutting room floor, perchance?

And that’s an apt summary of the album through and through. It is, for the most part, well-made doom metal with a passion and refinement that belies the fact that this band hasn’t recorded zip since Bill Clinton was in office. Yet it also has one or two moments where some quality control (and a bit trimmed off here and there from the track list) would have been in order. It is a great album, but also a frustrating one – if only now and then.