Pimp My Profile: The Unstoppable Rise of Online Prostitution

Prostitution has gone online – and pimps are thriving

[dropcap style=”font-size:100px; color:#992211;”]I[/dropcap]t is with the eye-roll of the terminally bewildered that we at Trebuchet greet today’s news that the majority of prostitution and pimping has moved into the online realm.

We’d thought that all those grubby men fumbling with their smartphones in dark alleys were just looking for Pokemons.

With the sale of sex shifting online, today’s pimps are avoiding police detection by using underground websites, social media, mobile apps and even by hiding their ads on mainstream sites such as Craigslist and Backpage.

In a first-of-its-kind study, criminologists from Michigan State University and Loyola University Chicago interviewed 71 pimps in Atlanta and Chicago to determine how their marketing decisions are influenced by police enforcement of online prostitution.

The findings, published in the journal Victims & Offenders, suggest pimps are generally thriving by adapting to new technologies and utilizing deceptive online marketing tactics. The pimps reported an average annual income of about $75,000, with more than one third of them making at least $100,000.

“We found that pimps are exploiting the anonymity that new technology and websites allow,” said Mary Finn, lead author of the study and director of MSU’s School of Criminal Justice. “For police, targeted enforcement of the virtual world appears to have very limited potential to deter pimps from managing and advertising the services of sex workers.”

Technology has reshaped the contours of prostitution, with an estimated 80 percent of all sales of sex now occurring online. Law enforcement has focused most of its efforts on monitoring sites used frequently by the public, mainly Craigslist and Backpage.

But most pimps said they still advertise on those sites, albeit deceptively – hiding the solicitation under the auspices of a massage or date, for example. Specialty websites have also taken off, and online-savvy pimps use their own language, symbols and disingenuous photos to advertise their services and communicate with customers.

“They even have mobile apps now so when you’re in a city and you want to know if there is a prostitute nearby, you type in your address and it will give you the locations,” Finn said. “So the technology they are using to market the sale of sex is pretty phenomenal.” 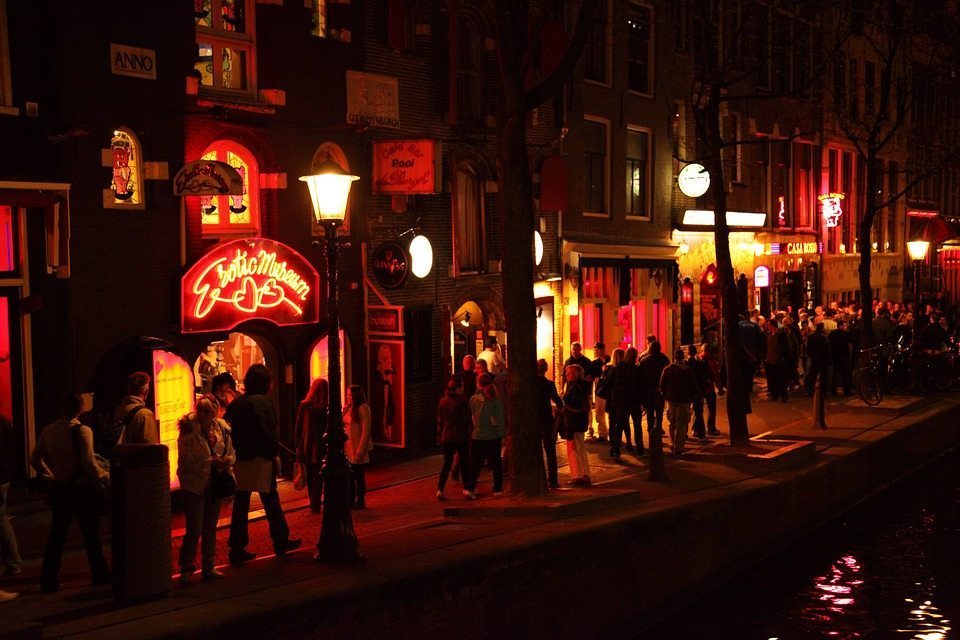 Finn interviewed Atlanta pimps in the conference room of a university building, while her co-investigator, Loretta Stalans with the University of Loyola Chicago, interviewed Chicago pimps in a public teahouse. The pimps were recruited through ads placed on Backpage and paid $60 per interview. Finn noted that pimps not only are used to interacting with strangers, but also to connecting them to an illegal service. “So pimps take greater risks in their business life, and this is just another business risk.”

Ultimately, she said, police can focus only so much on attacking prostitution. With limited resources and personnel, law enforcement generally targets the most egregious cases of exploitation first, such as those involving sex trafficking and minors.

As long as the demand is there for illicit sex services, there will most likely be a market for it, Finn suggested.

“Targeting prostitution is going to have a minimal effect until we decide how we want to regard the sale of sex,” she said. “If our primary concern is the exploitation of vulnerable people, maybe we need to start thinking about why it is that people go into the sale of sex to begin with. Generally it’s because they can make a lot of money, with having very little skill, that they can’t make other places. So it boils down to having creative economic opportunities for people who don’t have other choices.”

Previous Story:
Drugs: The Only Issue In Which Ignorance is a Virtue

Next Story:
Bringing in the New: Cambridge Rock Festival