But what are they saying to us?

What is life and how does it relate to my day to day concerns?

The first scientific examinations of data recorded during a record-setting expedition have yielded new insights about the diversity of creatures that live and thrive in the cold, dark, and highly pressurized habitats of the world’s deepest points and their vastly unexplored ecosystems.

Natalya Gallo of Scripps Institution of Oceanography at UC San Diego will present preliminary findings from the DEEPSEA CHALLENGE expedition, a project led by James Cameron in collaboration with Scripps, and supported by National Geographic and Rolex, on Feb. 22 (GS09: Community Ecology Session, 8:45 a.m. PST) at the 2013 Aquatic Sciences Meeting of the Association for the Sciences of Limnology and Oceanography in New Orleans.

Gallo, a graduate student with biological oceanographer Lisa Levin’s group, analyzed 25 hours of video captured during Cameron’s historic March 26, 2012, solo dive 11 kilometers (6.8 miles) below the ocean surface to the Challenger Deep in the Pacific Ocean’s Mariana Trench, as well as separate dives (also during the DEEPSEA CHALLENGE expedition) to the New Britain Trench and Ulithi, also in the Pacific Ocean. The footage was taken from five cameras equipped on the DEEPSEA CHALLENGER submersible that Cameron piloted to the Challenger Deep. Additional footage came from specialized “lander” deep ocean vehicles developed in collaboration with Scripps engineer Kevin Hardy that captured samples at various depths. 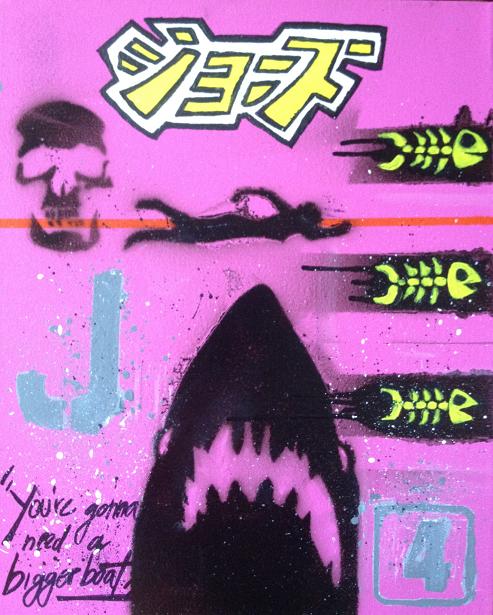 Early results of Gallo’s analysis reveal a vibrant mix of organisms, different in each trench site. The Challenger Deep featured fields of giant single-cell amoebas called “xenophyophores,” sea cucumbers, and enormous shrimp-like crustaceans called amphipods. The New Britain Trench featured hundreds of stunning stalked anemones growing on pillow lavas at the bottom of the trench, as well as a shallower seafloor community dominated by spoon worms, burrowing animals that create a rosette around them by licking organic matter off the surrounding sediment with a tongue-like proboscis. In contrast, Ulithi’s seafloor ecosystem in the Pacific atolls featured high sponge and coral biodiversity.

As the submersible and landers pushed into deeper waters, the variety of species declined, with each depth dominated by a handful of key organisms. At shallow depths in the New Britain Trench, Gallo observed strange rotund but graceful animals called sea cucumbers swimming in the water column. Different species of sea cucumbers were present even in the great depths of the Challenger Deep but appear to have adapted to these depths by decreasing in size, not swimming, and feeding by orienting themselves with the currents. The sea cucumbers seen in the Challenger Deep at approximately 11 kilometers (approximately 36,000 feet) likely represent a new species and are the first recorded abundant population of the animals found in the deepest part of the ocean.

Proximity to land also played a role in the makeup of the deep-sea environment. Deep in the New Britain Trench, located near Papua New Guinea, Gallo identified palm fronds, leaves, sticks, and coconuts—terrestrial materials known to influence seafloor ecosystems. The Challenger Deep and Ulithi, both more removed from terrestrial influence, were absent of such evidence. Gallo also spotted a dive weight in the Challenger Deep footage, likely used as ballast on another deep-submergence vehicle.

“These data add valued information to our limited understanding of deep-sea and trench biology,” said Gallo. “Only a small fraction of the deep seafloor has been fully explored, so this expedition allows us to better understand these unique deep-sea ecosystems.”

Gallo and Ralph Pace, a master’s student in the Center for Marine Biodiversity and Conservation at Scripps, are compiling an image reference collection of all organisms identified during these dives to help expand the scientific impact of the expedition.

“New knowledge about life in the deep sea becomes increasingly important as humans ramp up their exploitation of the fish, energy, mineral, and genetic resources of the deep sea,” said Levin. “Natalya’s observation of a dive weight from a past expedition in the Challenger Deep reminds us that our presence in the ocean is pervasive.”

Gallo noted that her findings were largely consistent with discoveries made in the 1950s, ’60s, and ’70s, the first “golden age” of deep-sea exploration. New high-definition video capabilities used during Deepsea Challenge expand exploration potential by allowing scientists to view organisms in their natural habitat and observe how these unique biological communities function, she said.

“The DEEPSEA CHALLENGE expedition made possible the discovery of the deepest examples of gigantism known thus far,” said Doug Bartlett, a Scripps marine microbiologist and chief scientist of the expedition. “Among the many values of collecting deep-sea samples is the possible isolation of microbes adapted to the extreme conditions of life in the trenches. These microbes inform us of the evolution, diversity, and adaptations of life and perhaps even life’s origins and its possible presence elsewhere in the solar system.”

Next Story:
The Jar Family : Interview