[dropcap style=”font-size:100px; color:#992211;”]R[/dropcap]eaders of the printed version of Trebuchet will know from issue one’s look into street art projects at a Lithuanian correctional institute, that visual imagery takes on a special significance in the lives of inmates.

Researchers at the University of Utah now follow that with the observation that nature imagery and video footage can forge a marked reduction in the violence rates within prisons.

Those glib screensavers which we love to hate out in the civilian world, are a lifeline to those incarcerated. It’s nice to know someone appreciates them.

Sweeping shots of majestic landscapes. Glaciers, forests and waterfalls. Research shows that these images, shown to people deprived of access to nature, can reduce tension, help defuse anger and make some of the harshest environments, like a solitary confinement cellblock in a maximum-security prison, a little easier to bear.

The study, published in Frontiers in Ecology and the Environment followed inmates in solitary confinement in an Oregon prison for a year. 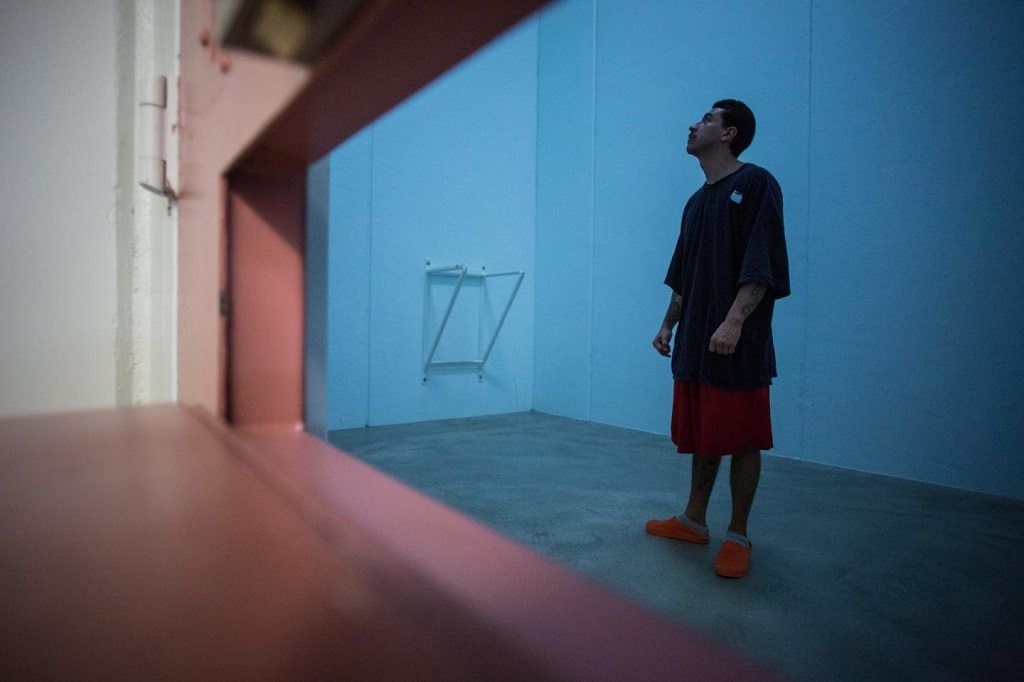 Inmates who viewed nature videos several times a week committed 26 percent fewer violent infractions than their peers. The study’s results will lead to new endeavors that will extend to images of wide-open outer space as well – a welcome sight from within prison walls.

Nadkarni’s colleagues in this study were Tierney Thys, a nature videographer with the California Academy of Sciences, Patricia Hasbach, an ecopsychologist from Northwest Ecopsychology, Emily Gaines, a science educator from the University of Utah and Lance Schnacker, a corrections analyst from the Oregon Youth Authority.