Many beats, no Spreadsheets. Pattern of Excel (Lee Bannon)

Pattern of Excel must qualify as Bannon’s most experimental venture yet.

A strangely uninspiring question, I find. Not because I don’t like discussing music or indeed writing about it (although the famous assertion that ‘writing about music is like dancing about architecture’ is one I’m very aware of). I just find it difficult to summon up a satisfactory answer. I can’t say ‘anything’ because it tells the enquirer nothing. I almost always end up opting for ‘anything that’s good’, which is also a poor reply.

Lee Bannon is steadily building a back catalogue which constitutes a much better response to the dreaded question.

A chameleonic talent, he isn’t satisfied with a new canvas whenever he begins a project; he must also change his brushes and his paint. Listen to ‘Greenbax (Introlude)’, a short instrumental he made for Joey Bada$$’s debut LP – or any of his Pro Era collaborations come to think of it – and tell me it’s obvious that this is the same guy who produced 2013’s ‘Alternate/Endings’.

In the spirit of his career path to date then, Pattern of Excel, his latest offering and last under the moniker, Lee Bannon (he is now to be known as ¬ b), sounds quite unlike anything he has produced before. It is an album of submerged electronica: all fuzzy sonics and blurred edges. As you listen to it, you get the sense that Bannon has a naturally fidgety artistic sensibility.

The LP must qualify as Bannon’s most experimental venture yet. The record sounds not completely unlike the moody, mutated ancestor of the two genres he’s worked with previously – Hip Hop and Drum & Bass. It is stripped in most places of a beat and ambience, but carries its own underlying groove. It also has a melodic conviction yet contains large patches of sound which is better described as noise than tunefulness.

The album’s most memorable moments come when Bannon anchors the contemplative, drifting atmospherics with melodic or rhythmic landmarks, like the combination of organic tones, subtle percussive ticks and sweet vocal draping midway through ‘Paofex’, or the twanging, echoing guitar of ‘Shallowness is the root of all evil’. 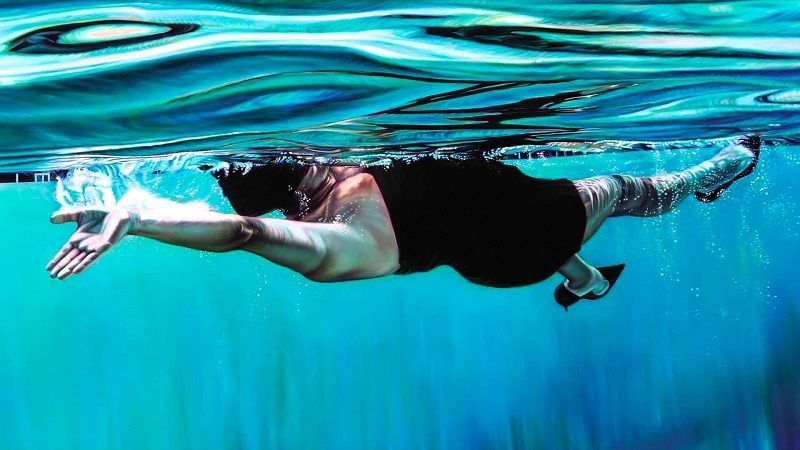 Bannon isn’t scared to let clouds linger and build where he feels like it though. The slow, dream-like soundscape of ‘Artificial Stasis’, coming at such an early point in the piece, is a bold move, signaling his intentions for the album perfectly, and the way the end of ‘Disneµ Girls’ holds its final note to a slow fade – when other producers may have chosen swifter resolution out of concern for the album’s momentum – is tantalising. All these moments provide convincing evidence of a voice which is growing stronger and more confident with every release.

What marks Bannon out is a real gift for sound. In the last third of ‘kanu’ he manages to conjure an almost palpable sense of humidity, not just with the inclusion of what sound like samples taken from a mechanical jungle, but with how he treats those sounds. I could almost see a haze around the speakers.

The distant and distorted pop and crackle that lines the background of much of the album lends a thrilling physicality, as showcased on the track, ‘Memory 6’. This track also stands out for it sense of movement, created by its up-front hi hats and foreboding bass, the latter of which is juxtaposed smartly by cleansing piano and synth lines.

Closing track, ‘Towels’ contains a rare vocal sample. A heavily manipulated voice utters the cryptic line ‘outside of culture and outside of time, in a vacuum…’ before posing the teasing, unfinished question, ‘what happens when you…’

Lee Bannon doesn’t stick around for the end of the question, let alone the answer.

Pattern of Excel was released in July on NinjaTune recordings.

Next Story:
Sunshine on a Rainy Day : Splitting Water Molecules for Clean Energy