Japanese films have retaken the box office in their home market in a major shift not seen since the 1960s. 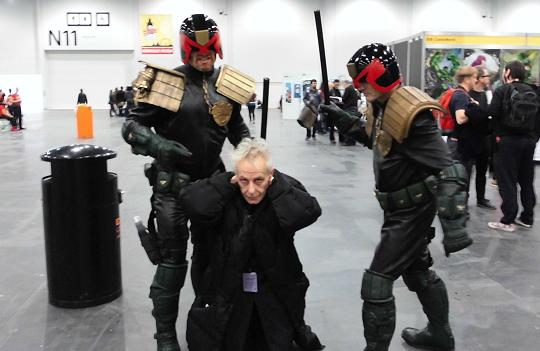 Japanese films have retaken the box office in their home market in a major shift not seen since the 1960s, according to new research by the University of East Anglia (UEA).

However, despite their popularity at home this success has yet to translate into the same kind of popular global success generated for manga (comic books) and anime, with Japan’s film industry remaining locally rather than globally focused.

The findings are from the Manga Movies Project, which has been examining contemporary Japanese manga, anime and films – three of the country’s biggest media industries. Dr Rayna Denison and Dr Woojeong Joo, from the School of Film, Television and Media Studies at UEA, explored the current industries, aiming to offer new insights into their markets and franchising, their success at home and beyond, and how they are responding to a fast-changing global media landscape.

Focusing on the period since 2004, the study also considered the impact of the Tohoku disaster of March 2011 on media production, distribution and consumption. The huge earthquake off the east coast of Japan and resulting tsunami left almost 16,000 people dead and almost one million buildings damaged or destroyed, including more than 100 cinemas.

The study findings are published in two new reports and Dr Denison said one of the clearest trends in contemporary Japanese film production is that many films form just a part of much larger media franchises, many of which begin with manga.

“It is well known that Japan’s film industry is mature and highly diverse in terms of its genres and audiences,” said Dr Denison. “What is less well known is that Japanese films have quietly retaken a dominant share of their home market since 2006 and compete head-to-head with Hollywood’s biggest global blockbusters. The rise in film numbers has happened extremely fast in comparison to the previous decline, suggesting a boom cycle of production that some commentators claim is reaching its limits.”

The researchers found that differences in the budgets for Japanese cinema, plus the huge amounts of capital resting behind the country’s biggest films, suggest a highly competitive marketplace, but also one in which independent cinema is increasingly squeezed.

The “explosion” in films is seen to be the result of changes in production practices, particularly television companies moving into filmmaking, but also the growth in cinemas and screens. Since the late 1990s the numbers and types of screens have changed dramatically. From a largely segregated cinema system in the 1990s, where cinemas were fairly evenly divided between local, imported and mixed films, the situation has now drastically swung in favour of combined showings of domestic Japanese films and foreign imports.

Screen numbers were seriously affected in 2011 following the tsunami, when at least 100 cinemas in North Eastern Honshu were destroyed, and many others lacked power and other facilities that would enable regular screening schedules. By the end of that year, there were reportedly still 30 theatres in the affected areas that had been unable to reopen.

“The expansion in screen numbers has created greater space for Japanese cinema within its own market and multiplexes have created a space where all kinds of Japanese cinema are being release alongside American and other overseas releases,” said Dr Denison. “The success of Japanese films at home over the last decade is strongly linked to this increase in screens and new multiplex cinema construction, which in turn has created new film-going cultures in Japan.”

The study found that the movement of TV producers into films has also brought certain audience groups back to cinemas, in particular Japanese women. This shift in audiences and production strategies has resulted in producers increasing the number of movies aimed at women in their 20s and 30s, while it has also been suggested that the country’s aging population is becoming an expanding target for media such as films.

Dr Denison said that when the global picture for Japanese live action cinema is examined, it is clear that older films still drive the market – particularly those from directors like Akira Kurosawa and Yasujiro Ozu – while J-horror continues to play a significant role. But unlike manga, and anime, which can be translated or over-dubbed without obvious differences between the visuals of the texts and the sounds heard, Japanese cinema is more resistant to change.

“If language remains a major boundary for Japanese media, then it is likely the country’s media markets will remain limited,” said Dr Denison. “However, there is a strong sense that Japanese media producers are themselves becoming more ready for the global media landscape. Japanese companies are becoming much more open to the online, global world around them. Increasing numbers of companies are shifting to dual Japanese and English language, and sometimes Chinese, versions of their websites. This has the benefit of making these industries more open to international exchanges and trade.”

Source: University of East Anglia. The project Manga Movies: Contemporary Japanese Cinema, Media Franchising and Adaptation, was funded by the Arts and Humanities Research Council. Further information and the reports are available at http://www.mangamoviesproject.com/

Next Story:
And Phil Kept Falling