It’s not a full-band recording, but neither is it completely stripped-down and minimalist. The dominant instrumental sounds are acoustic guitar and programmed rhythms, but there’s a lot else in the mix. 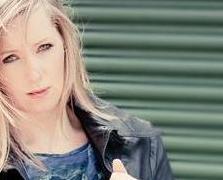 [dropcap style=”font-size:100px; color:#992211;”]I[/dropcap] first encountered the singer-songwriter Lu Cozma supporting Fish on his short May tour of the UK, playing as a duo with Steve Askew on acoustic guitar plus programmed rhythms.

The pair made a very strong impact, such that were invited back to support Fish again later in the year

Their new EP Lockdown follows on from the 2008 album Red, and like that album features Lu Cozma on vocals, and the talented multi-instrumentalist Steve Askew on everything else.

but neither is it

With just four songs with a total running time of a little over sixteen minutes, it’s a varied record, each song having a quite distinct feel. It begins with the heavily rhythmic title track. “Snow White Room”, a dreamy ballad, a seductive vocal and rippling guitar making a tapestry of sound, which for me is standout on the record.

“White Noise” with it’s bass riff is closer to a conventional rock number, complete with a short guitar solo. The EP ends with “Breathing Under Water”, a slow-burning ballad with a nod towards prog-folk territory. 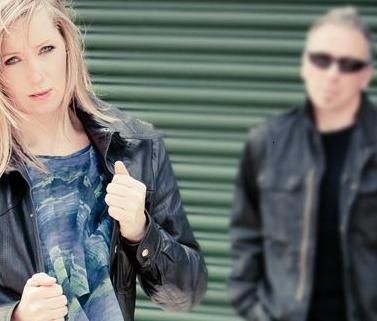 Steve Askew’s guitar playing is also impressive, and his atmospherics and textures with heavy use of effects reminds me a little of Marillion’s Steve Rothery, which makes him a great foil for the vocalist.

This is a record that’s not easy to classify. It’s not a full-band recording, but neither is it completely stripped-down and minimalist. The dominant instrumental sounds are acoustic guitar and programmed rhythms, but there’s a lot else in the mix. There’s a “less is more” feel about the whole thing, instrumentation that adds richness without swamping the vocal.

Despite elements of folk, rock and electronica, it can’t be really be pigeonholed by genre.

The EP is available on iTunes, and can also be ordered on CD from the Lu Cozma website.