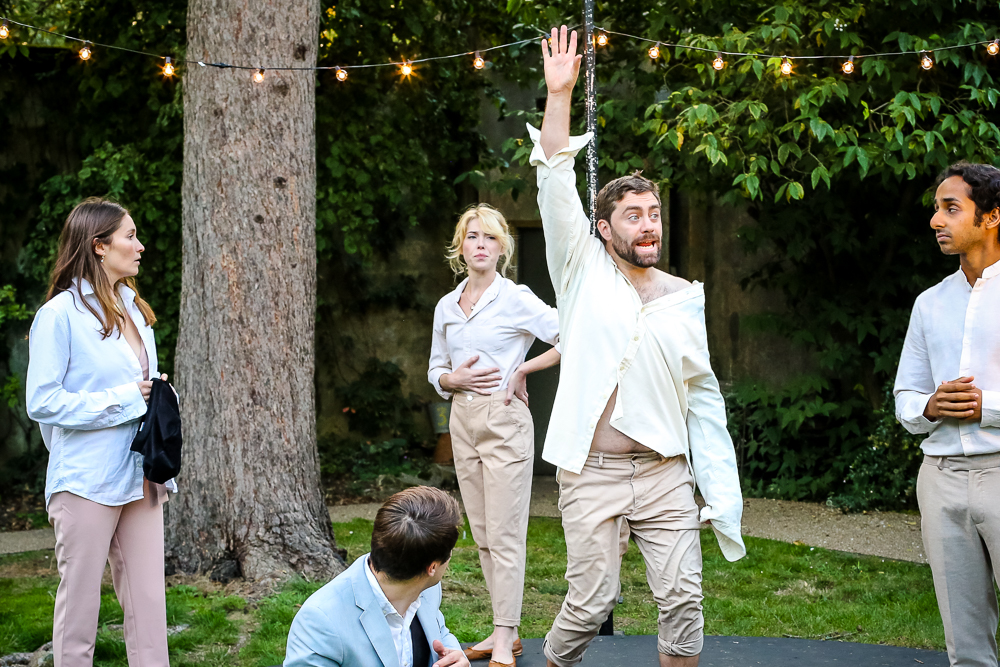 There’s a marvellous statue of Spike Milligan sitting on a bench in the gardens of Stephens House in Finchley, North London. There he sits socially distanced come rain or shine, a brassy twinkle in his eye as if he’s been bemusedly awaiting your arrival. The memorial is called ‘A conversation with Spike’ and you can’t help wondering what he would’ve made of theatre during covid. Would he have enjoyed Renaissance?

When it comes to live theatre at the moment, seldom has the expression ‘suffer for your art’ had more relevance. The obstacles to be overcome by actors, producers and audiences alike can seem immense. But the shows must, and do go on – often outdoors these days for the sake of compliance.

And so it was that we found ourselves sitting outside (a mere stones throw away from aforementioned statue) occupying another socially distanced seat in the garden, to watch the world premier of Renaissance, a new comedy by the playwright Charles Ward.

Maybe it was the birdsong, the golden fairy lights draped over the modest set or the excited pre-show chatter of the theatre-starved audience combined with the short length of the run (it’s only on for four nights) but there was something that made the whole thing feel, well, a bit special. Oh, and the fact that the play itself is exceptionally well written and boasts a cast comprising some of our finest actors – that always helps.

Renaissance is a gloriously funny, erudite romp set in Italy around 1502 – when according to records – for a brief time Leonardo da Vinci, Cesare Borgia and Niccolo Machiavelli all lived under the same roof. In this re-imagining, what ensues is a riot of swapped identities, confusion, chicanery and mayhem that would’ve done both Shakespeare and Edmund Blackadder proud.

In less assured hands a production like this could very easily go off the rails, but Emma Butler’s direction maintains a focus and pace that keeps things miraculously on-track.  Written very deliberately in a ‘high style’ it’s just the sort of toothsome muscular script that actors really love and it’s a joy to watch them unleashed.

Is it a perfect play? Not quite. The slightly lofty, somewhat sombre tonal shift that occurs after the denouement seems a little at odds with the overall piece. Then again, is it a perfect world we live in? Hell no. So, is this then the perfect time in the world for this play?  Absolutely. Art, theatre in particular, quite literally brings people together. It entertains us and allows us to re-evaluate our identity. Never before in living memory has this been more important than right now. Yes, the effort required from both sides of the stage is great, but then so are the rewards. For the time being the mantra has to be: when the going gets tough—leave the little screens inside and get out there and go and do theatre. Who knows what will happen tomorrow, so catch it while you can. After all, while he didn’t applaud too loudly we are sure Spike Milligan gave the effort his puckish approval.

Actor, Playwright, Musician. London based but focused on the future. 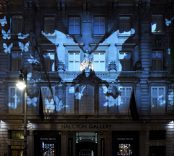 Next Story:
The Artsphere Launch Second Initiative ‘Art for Atzin’