February marks the 27th anniversary of the venue’s inaugural exhibition and also its forced closure if it cannot meet, or successfully contest, a 333% rent increase. 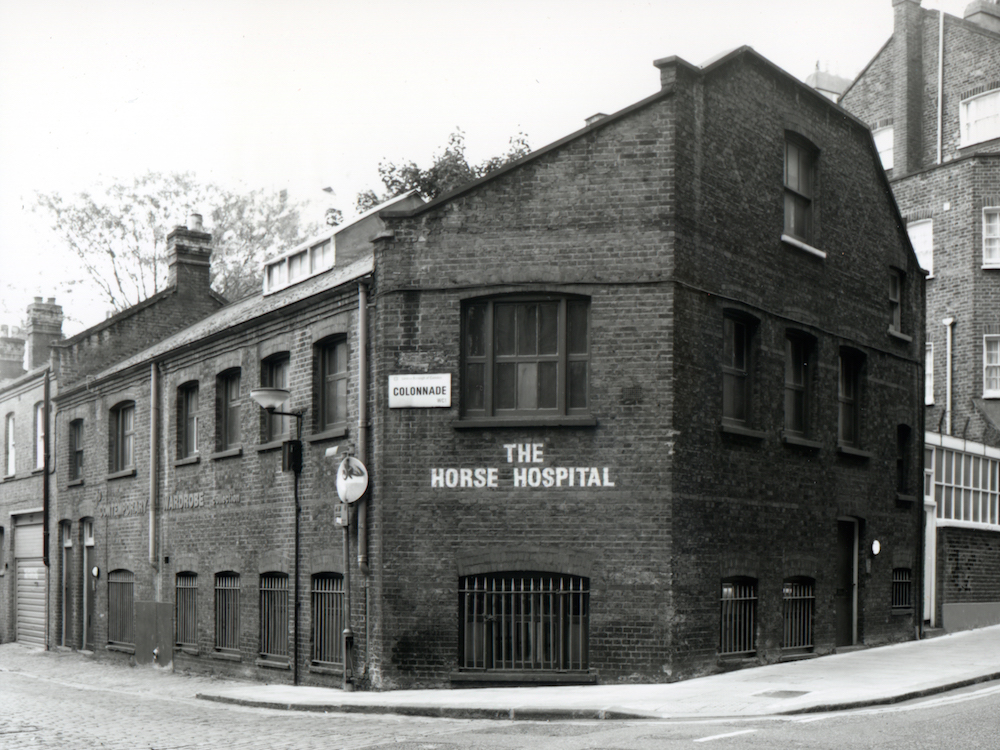 [dropcap style=”font-size:100px;color:#992211;”]F[/dropcap]ebruary 2020 will mark both the 27th anniversary of the Horse Hospital’s inaugural exhibition and also its forced closure as London’s longest running independent arts venue if it cannot meet, or successfully contest, an excessive 333% rent increase.

Set within a Grade II Listed Georgian building, this unique space receives no external grants, funding or sponsorship and is solely supported by its stablemate, the Contemporary Wardrobe Collection, the largest public access archive of post-war street fashion and youth culture in Europe.

From the outset the Horse Hospital’s mission has been to provide the broadest possible access to the arts across a wide range of artistic activity and practice and to encourage risk, innovation and experimentation. Vive Le Punk, the exhibition with which it first opened its doors in 1993, was the first ever retrospective of the designs of Vivienne Westwood and Malcolm McLaren and continued Roger K. Burton’s long collaboration with the pair, having designed and built their groundbreaking shops, World’s End and Nostalgia of Mud. Vive le Punk was equally groundbreaking, not least in redefining how items could be exhibited in museums and galleries, removing protective barriers and cases and initiating ‘interaction’, way before it became a de rigueur concept for shows. In addition the success of Vive le Punk lead major institutions and commentators to reevaluate the cultural importance of the work of Westwood / McLaren and add items to their collections.

The exhibition also, as Burton says, “paved the way for future experimental artists and curators to feel free to improvise with the space here as they thought fit”. Artists, practitioners and performers who have subsequently shown at the Horse Hospital include, among many others: Shepard Fairy; Alejandro Jodorowsky; Laurie Lipton; Marc Almond; Helen Chadwick; Mark Leckey; Bjarne Melgaard; Dennis Cooper; Rob Ryan; Joe Coleman; Lydia Lunch; Franko B; Morton Bartlett; Brian Griffin; Brice Dellsperger; Bruce Bickford; Cameron Jamie; and Morton Bartlett. Plus, Tai Shani, co-winner of the Turner Prize 2019, who was also a curator at the Horse Hospital for 12 years, also the late, celebrated artist and curator, Ian White, who had previously helped shape the space’s hybrid public programme before moving on to the Whitechapel Gallery and LUX.

In 2015 Camden Council awarded the venue Asset of Community Value (ACV) status, recognising how it benefits the social wellbeing and social interests of the local community. This has also been key to the Horse Hospital’s success whilst also building a community that is of local, national and international importance and repute, providing a unique and distinctive arts and artist-led environment in which the arts can flourish for the benefit of local residents, tourists, visitors and practitioners alike. The loss of The Horse Hospital is a loss that would impact far and wide.