Finding tracks by this Californian duo amongst the thousands of Wehrmacht marching songs and film clips can be a hard job. Wrongness is inherently attached to their name: they are hard to find and hard, though not impossible, to define.

The confusion their starkly provocative name generates gives them a certain edge, but as with all names the question is how far it’s appropriate and whether the music embodies the concept (if there is any concept beyond having a distinctive name).

German Army‘s name seems to have done them no harm, with a string of releases on fashionable labels. Like many other contemporary groups, they draw on 1980s influences, especially industrial, but mix this idiosyncratically with diverse other elements including guitars, toy instruments and drones. Anyone inferring from their name and industrial influence that they’re in for a full-on sonic assault is going to confused as much as disappointed.

The guitar element is the oddest part of the formula, as the opening ‘Contemporary Dialogue’ illustrates. It comes across as an off-key, coldwave version of Americana. As with so much present-day (“contemporary” is the wrong word) 1980s-influenced music there’s inevitably an out-of-time quality to the music. This can be uncanny or haunting, but it also runs the risk of simply sounding wrong (and not in any aesthetically useful way). The gothic bassline and muffled vocals of ‘Plastic Canyon’ would have been a cult hit in 1982/3, but appearing in 2015 it’s just odd rather than intriguingly odd in a way that doesn’t always equal authenticity (or even a rejection of authenticity).

Stranded in this temporal and stylistic interzone, both listener and album gradually lose focus in the hazy atmosphere, only to be jolted into a more alert state by the relative urgency of tracks such as ‘Folk Healer’, with its muffled vocals and a sense of greater urgency penetrating the sonic haze. The album flits around from semi-finished studio experiments like ‘Sobek Fertile’ (which sounds like it was rejected from a particularly over-comprehensive compilation of ‘lost’ 80s cassette music) to the more ambient guitar-led pieces. Yet as the last decade has shown, there’s always a future for music without a future, or, more precisely, for music with a lost future from the past.

We’re told that the music originates from the ‘dreary and dilapidated’ outskirts of San Bernardino County, and at times it seems as though it’s being too faithful to this environment, producing ‘dreary and dilapidated’ music. Of course this may well be the aesthetic intention, in which case parts of the album are highly successful in a purely mimetic sense.

The real test is whether the music is interestingly ‘dreary and dilapidated’ and, in its more convincing moments when it does more than wallow in aged atmospherics or self-absorption, it does pass the test. ‘Brought into Age’ is bleakly tribal, haunted by a desolate sonic wind and scratchy, infected details. It’s music turned septic, revealing fascinating and repulsive detail of a type absent elsewhere.

After further stop/start diversions and blind alleys, ‘Jungles of Judgement’ looms powerfully out of the fog. It’s an impeccably gloomy bleakscape and seems, if not contemporary, then appropriate to the present and the creative loss of faith in the future. For those who hope for innovation and progress in music the album’s successes reveal its failures, symptomising its disinterest in forward movement.

It’s when the album gazes most resolutely into its own abyss that it’s at its most persuasive. There are plenty of moments that sound like faded copies of This Mortal Coil works, or superfluously retro sketches, but when on the closing ‘Willowbrook Reporter’ 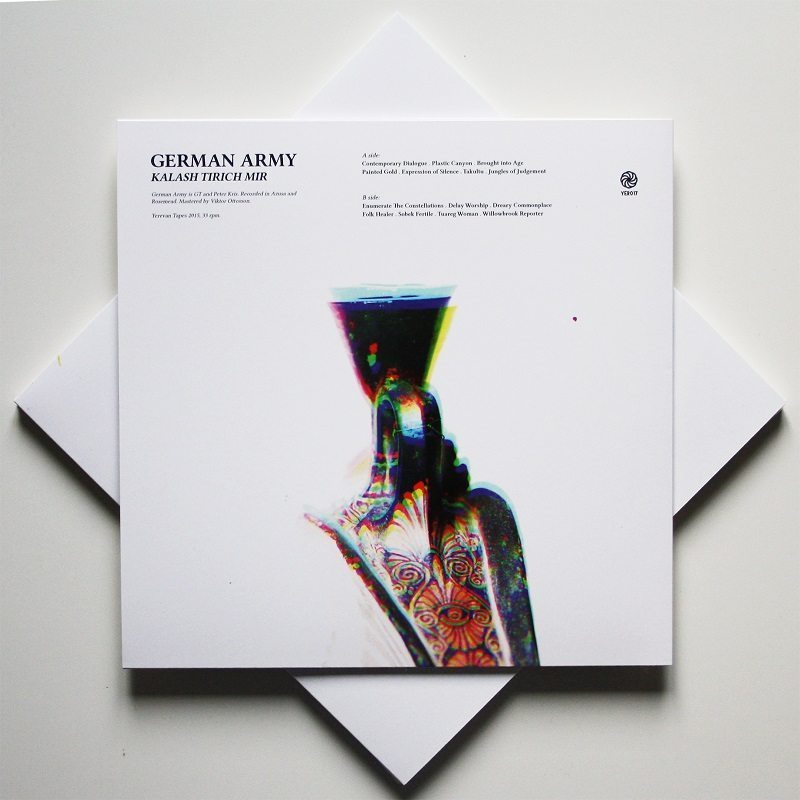 it belatedly hints at a grander (if bleaker) vision, it does have much to say about our zeitgeist and the loss of faith in the future. Its faltering synth drones and brittle percussion seem like a terribly appropriate soundtrack to our cultural stalemate and the fact that for so many artists it now seems to be more fertile to scratch around in the ruins of previous decades than think of building anew.

It could be that their approach is at least subconsciously informed by despair generated by an awareness of the chilling techno-political developments emerging from contemporary California while the ‘real’, physical world goes to rot.

Perhaps though, none of this ultimately matters: in the people zoo it won’t matter how cool you once were in the perpetual neo-1980s.