Smashed beats so metallic you can almost taste the blood. Jon Hopkins kills it with Singularity

For context, the album came at the end of a period of psychedelic experimentation for Hopkins. He moved to LA, began practising meditation, and took regular treks in the desert. You do get the sense that his work here is an attempt to reach for and express the universal human experience, whether physical, visceral or spiritual.

The beginning of lead and title track, ”Singularity”, with it’s giant, yawning drones, distant sounds of thunder and jarring life-support bleeps, sounds like the emergance of a celestial object into the atmosphere of a new world. About four minutes in the track lands and grows legs. A monstrous, garage-influenced beat tails its way across an expanse of raw synth textures before Hopkins drowns it in static until it fails. 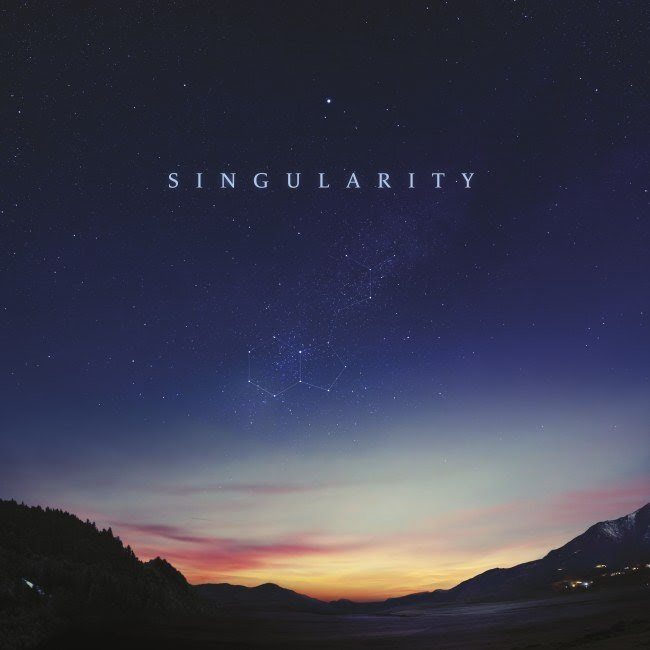 The cleansing, plinky plonk opening of ”Emerald Rush” is both a clever switch-up and wrong-footing set up for the punishing, swinging house rave which takes over the track a couple of minutes in. The drums, programmed by Clark, hit hard but are coloured by Hopkins’ hopeful sounding backdrop of subtle piano, swishing synths and floaty vocals.

Hopkins has a gift for making his music feel physical and alive. The early part of ”Neon Pattern Drum” sounds like it’s failing. It repeatedly stutters and looses breath until Hopkins feeds life back into its veins and the percussion track kicks in; the drums sound so metallic you can almost taste the blood.

The whole first half of the album feels like a living sculpture, like the artful and sometimes brutal shaping of a natural, chaotic energy which would otherwise burst out and overwhelm in all directions. More simply put, it sounds like the refinement of something which was always there, rather than the fashioning of something out of nothing. That is a great achievement.

The fourth track of the opening quartet, ”Everything Connected”, has been hailed as the album’s centerpiece and you can understand why. It is 10 minutes of colossal techno. Having said that, there is a 90 second stretch early on in it which stands out as a slight mis-step. Its ‘angelic’ chord lines and repeating kick drum sound bland and forcefully ambitious; as though Hopkins has reached for something transcendant but for once missed and arrived in no-mans land.

All is soon forgiven though, as he re-introduces the beat. And Wow. It’s ferocious and stunning. The saccharine tones of the first part hang around for a while but are now juxtaposed with menace and it works. The subtley evolving beat is an undeniable highlight of the album, galloping and pummelling across the track’s final six minutes. Its deft shifts in gear are mesmerising and would pulverize any dancefloor.

If the first half of Singularity is the sound of body, raw and wild, the second half is the sound of mind, exhausted but enlightened. It is piano-led, more contemplative and, while ultimately less affecting, still very good.

The strongest tracks here are the ones which keep you on your toes from a narrative point of view. ”Feel First Life”, following the chaos of Everything Connected, is gentle and reassuring. It’s ghostly vocals sound sympathetic for what transpired in the frenetic recent past. ”C O S M” is all childlike wonder and melodic mysticism until a heavy, throbbing bass thrum hovers in under the playful sonics. It excites and threatens in equal measure, before eventually receding and allowing a peaceful coda.

”Echo Dissolve” is the only track on the album which I have found forgettable, even after a number of listens. Its minimal piano fails to evoke strong enough images and emotions. The shortest track on the album, it is simply dwarfed by what happens around it.

”Luminous Beings” re-introduces drums into the proceedings just when you thought they were extinct. Unlike earlier though, they sound well-behaved, less raging. A piano line which sounds like a melodic relative of ”C O S M” hints at re-growth or re-birth and bleeds seamlessly into the final track, ”Recovery”. You really could be listening to the previous song still, such is the subtlety with which the closer gradually grows it’s own melodic identity.

Reminiscent in its naked presentation of the minimalist piano piece which closed Aphex Twin’s 2014 comeback, Syro, ”Recovery” displays the physical nature of Hopkins’ music more obviously than perhaps anywhere else on the album; the audible sound of him pressing the keys of his piano seems as important as the notes it produces.
The opening track of Hopkins’ previous album, Immunity, began with the sound of a key opening a door and footsteps leading in.

Singularity is perhaps the sound of that same person leaving.

Next Story:
No More Casual Sex for Tinder Users!