The culture wars have become so divisive, even the organisation that tolerated Jimmy Savile is obliged now to take sides. 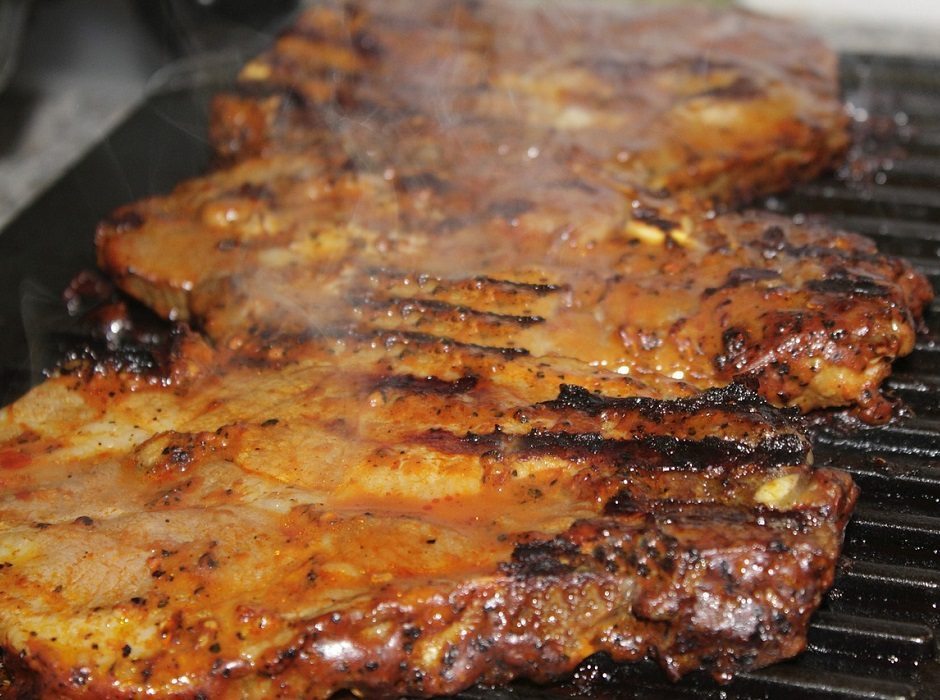 You can never be quite certain of their meaning. At any point in a sentence they can be given a rhetorical flick, or an elevated inflection, or perhaps merely be accompanied by the tiniest pause, before or after, any one of which can entirely reverse the literal meaning. Jeremy Clarkson, despite a reputation for plain speaking, is a master at this. His artistry is inimitable, for no one can describe either a car or the driving of it, quite like him. Whether admiring curves or carburettors, handling or horsepower, jeu d’esprit, or je ne sais quoi, he is always and everywhere, correct. He creates truth about driving through the existential passage of being Jeremy Clarkson. He is a meaning reservoir; a rich seam of verbal and expressive guile that throws light into darkness. Is one suburban run-around superior to another? Jeremy will know. Which minivan? Consult the Jeremy of Delphi, who deliriously mouths the oracular smoke wafting up his anus, into a hierarchy of testosterontic taste.

But something happened, a few weeks ago now, in the semi-secret aftermath of a location-shoot. No one is entirely certain what, but the settled consensus is that Jeremy ‘blew a gasket,’ ‘went on the rampage,’ or just plain ‘lost his rag.’ In any case, there were ‘fisticuffs’ over food, or rather, the lack thereof. ‘Fracas’ became the ‘mot juste,’ begging the question: is that worse than a ‘contre-temps’ or not quite as bad as ‘handbags’? In Australia, ‘real men’ might engage in ‘a bit of biff,’ and in Bill Mclaren’s verbal landscape, prop forwards knocking lumps out of each other were merely ‘a couple of old friends reacquainting themselves.’ The repository of expressions for making light of violent altercations is very deep in Anglo-Saxon culture, but ‘assault’ so far seems to have been avoided. Even the plain-spoken cloak truth in euphemism.

Which is a pity, because the deeper truth is that whatever happened, it was not Jeremy Clarkson’s fault. It could not have been for he was not there. Blame instead resides with his monstrous alter-ego ‘Son of Clark!’ Just as Dr Jekyll had his Mr Hyde, so too – when he drinks the elixir of adulation – does mild mannered, middle-aged motoring enthusiast Jeremy Clarkson become ‘Son of Clark!’ the baritone berserker of bloke-ish bonhomie.

What does a man do when his minions minister no meat? He ‘makes his feelings known,’ ‘tells him what’s what,’ and eventually ‘gives him what for.’ That’s what he does. That’s what he did. ‘And no mistake.’ Which, in turn, caused a split in the space-time continuum, with an inevitable suspension from the BBC – an institution existentially committed to the extinction of the genus Clarksonosaurus – being met by an insta-petition of over one million signatures demanding his immediate reinstatement and enthronement.

But just as Jeremy has his dual nature, so too do we. Therefore it was a ‘fracas,’ a ‘dustup,’ a ‘minor altercation,’ a ‘frank exchange of views.’ Some people saw it in isolation as a gross error of judgement, necessitating disciplinary action. Most others saw it all in a wider cultural context, one to which they themselves have adapted, yet uncomfortably. A new world of carefully worded statements, of politeness at all costs, of always showing outward respect towards others. Never shortness, never bluntness, never – yes – never, real honesty. Smoking is bad for you. Yes we know. Drinking is unhealthy and worse, obnoxious. Yes we know. Driving is bad for the environment. Yes… we know. Middle aged, overweight, white-men should just spend at least half their time apologising for everything. Yes, apparently. You hate us. We know.

Where’s the fun, eh? Where’s the exultation? As the needle creeps over the ton

, do you laugh at death’s shadow, or just await a scolding letter from the rozzers about child-endangerment? The world is nicer now, parts of it, but it lacks those adolescent moments where a man might get his balls out for no reason bar the doing of it. Still, there is always that weekly demi-hour when Son of Clark! can show us the way. Where we can sit in silence and thrill at the exploding caravan, feel the throb of the engine as we ‘see what she can do,’ vicariously steep in the perfectly pitched bully banter and experience a frisson of danger as forbidden national stereotypes are hinted at in a public forum.

Son of Clark! is an avatar of our inadmissible yearnings. He is balm for what we see but cannot say, for the rude joke upon which we fold our evertightening-lips. He reminds us that regardless of social convention, just occasionally, we like to say ‘fuck it’ and do it anyway, hang the consequences. He is a champion and a standard bearer, a V-sign to paranoid non-judgementalism, a shrug-off to earnest drudgery and a rebel yell against the constraining, joyless, shittery of suffocating, post-modern puritanism. Son of Clark! is Fightclub. We don’t talk about him. But he’s there. Deep within our still wild and beating hearts.

The prospect of losing him, then, inspires a revolution, or a petition, at least. He is a fragile bridgehead in a cultural war we can’t even admit we are fighting. He is too precious, too vital, too crucial, and overlooking the bruised face and ego of one deputy producer, is a small price that we don’t really have to pay anyway.

Stewart Lee – an extremely funny comedian – ‘hates Jeremy Clarkson.’ And he hates him because he hates us. Because to be a comedian, you have to be ‘right-on’, you have to be the cool kid from school. The clever one. The one whose comic genius was forged under the oppressive cosh of unpopularity. The one with an ‘own’ to ‘get back’. Eventually becoming the one who can crush with a word. And because Lee has this power, whom he crushes matters. So he crushes Son of Clark!, and his kind. He hates the way Son of Clark! wears denim top-to-toe. He hates his banter. He hates the way he ‘demeans racial minorities … on y[our] behalf.’ And he has a point. But only half a point.

Because, of course, it’s not that simple. Son of Clark! is not real. He may respond to the summons of our darker natures, but this role weighs heavily on poor Jeremy. Living up to the demands of his followers has transformed him from a counter-cultural jackanapes into a scarred and battle weary wash-up. Less Brad Pitt’s Tyler Durden, than Mikey Rourke’s wrestler. Kick him, kick us. Please stop.

And because secretly, although I watch Top-Gear, I also go to art galleries. And I drink wine and read poetry. Son of Clark! speaks to the joyous, carefree vandal I harbour inside me. But Jeremy might even be a nice guy. Someone who would like to help people out, be a gentleman, thank his producer and say ‘it’s no trouble, the prosciutto was delicious’, but he is trapped by the soul of his creation, that he unleashed ‘on our behalf.’

So it is that Jeremy Clarkson has become this century’s Gavrilo Princip, unleashing a vast and latent conflict largely because of boredom, on his own part. He is the antic provocateur who triggered a devastation that has long merely lain in wait. The BBC also, finds itself in a difficult position. Increasingly mistrusted, but with an obligation to its employees not to condone violence against them. It will cost them money. They may even regret it. So be it. They had no choice. The culture wars have become so divisive, even the organisation that tolerated Jimmy Savile is obliged now to take sides.

Unfortunately, we will never actually know much about what happened. Everybody is clearly ‘under orders’ to ‘keep schtum’ until such time as a crack team of HR and PR professionals, filter an agreed ‘version of events’ through an airtight screen of legal advice, sealed by immensely expensive confidentially agreements. All of which ensures that the public will never find out the full details. Instead they will receive a story, cleared of any mitigating complications, and delivered in such a way as to reinforce the ever evolving ideological distinction between ‘appropriate’ and ‘inappropriate.’ They will not be permitted to weigh half-truth against half-truth, as this would be to trust them with judgement. The moral of the story being; don’t think about this, don’t even form your own view; leave it to the professionals. All that will be left is a pantheon of caricatures, ready subjects for Stewart Lee to ‘hate,’ righteously. Because that is what it all comes down to. What, or whom do you hate?

Cultural politics is rooted in opposition and contempt. Son of Clark! channels this contempt very well, but he is by no means alone. He is but one, spewing volcano in an entire tectonic sub-duction zone that marks the slow extinction of a way of being. He is not a hero, although he might be a ‘legend.’ Forced into submission by the modern world of obligatory insincerities, he has become an exaggeration, an altercation, a disjunction between the bad old and the good new. He is the tall tale you can’t stop yourself from telling.

We do not punish actors for the crimes they pretend to do. Nor should we punish Jeremy Clarkson for the acts we demanded of him. Enforcing standards of behaviour on presenters is less about the presenters, than it is about us, about what we allow ourselves to hear, about what views might be ‘legitimised’ by being spoken aloud. Because the truth is, most of us know people like Jeremy Clarkson. Bit of a swagger, seek to defy convention, rude in a plain spoken sort of way, generalise a bit too much, even – maybe – stray dangerously towards a mildly racist joke on occasion. The sort of bloke you suspect might have been in a fight or two, probably been in the wrong, and might have come out of it poorly, but he mostly behaves himself, and is good company even when he doesn’t. The last thing he does is take himself too seriously.

As the red mist began to clear, I imagine the real Jeremy Clarkson might have had an epiphany about the Jekyll and Hyde he has become. If and when this epiphany takes root, perhaps Jeremy Clarkson will grow-up, man-up and apologise sincerely to the only victim in all this: the hapless TV producer who did not deserve it. Perhaps he already has? The rest of us can pretend to be offended if we like, but that would be an abuse of truth and a slick prostration on the altar of self-serving claptrap.

We can keep hating if we like, but we might do better if we just forgive Jeremy Clarkson. Maybe then we can start to forgive each other for ‘sins’ like ‘wearing denim’.

Previous Story:
Only a Few? Smoking and Denial

Next Story:
10x the Speed! Boosting Wifi with Photodiodes