Jazz Powerhouse? It’s all (kinda) in the name (Jasmine Power)

[dropcap style=”font-size:100px; color:#992211;”]S[/dropcap]omething old, something new, something borrowed, something blue… or so the saying goes.

I realise this seems somewhat out of context as we’re not talking marriage, but trust me, these words have their place even in music, it would seem. 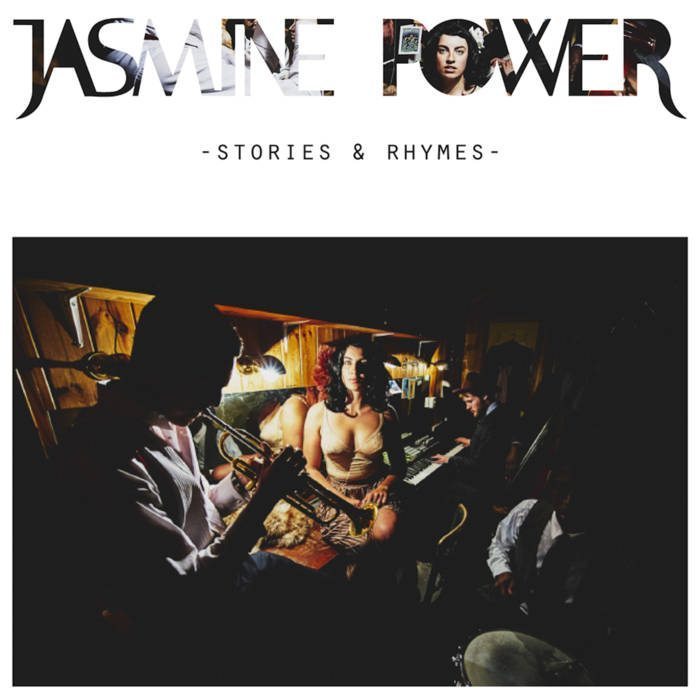 So we begin our story (or review if you prefer) of Jasmine Power’s new EP, Stories and Rhymes. Written between disparate locations over four years, the music, words and vibe seem strangely unaffected. So much so in fact, it can almost be felt as if a single session was sat down for, until the work was complete and ready to record.

Back to that saying…. Listening to the songs, there’s a feeling of familiarity in the sound. Throw back a few decades and it seems to emanate that era, yet still has its place in the present. Musicians with obvious skills, recorded well, arranged beautifully, and still full of the soul that the music deserves.

It’s fair to say that there are definite comparisons to be made with others’ creations. That’s not a bad thing, and far from uncommon. Yet this music still holds its own, and does that without becoming anyone else’s but Jasmine’s. That’s pretty hard thing to achieve for anyone, even more so for a fledgling artist with her first real foray into releasing her work to the world as a whole.

‘Fade to Blue’…. There’s definite melancholy in the songs and words, and this theme follows throughout. In honesty, I’m a sucker for that, when done well. It makes me want to delve into the stories, pick out the history and understand what and why. Isn’t that the goal of songwriting when done well (obviously not including the Justin Biebers and Lukas Grahams)?

In many ways, this is a really great release. My only concerns are that with four songs that took so long to write, will there be a full album, and if so, how long away will it be? Can the stories written be continued into another four, six, eight songs without losing their way, or will it be all change for the style and basis of heir inspiration? I have no answer for this, but I hope to find out one day (even if it takes another four years!).

Next Story:
And then there was just Madame Hillary. Hold the Champagne.