And so it continues. Right now, Israel is bombing the hell out of the Gaza strip while Hamas ‘defiantly’ keeps on firing rockets back.

The usual suspects are gathering behind both sides to give their support. For Israel, or rather, its thuggish right wing government and its even more thuggish right wing electors, there is the dubious honour of being supported by cynical Americans, crazed Christian fundamentalists and the Jewish diaspora’s answer to UKIP supporters and Daily Mail readers.  Also, Paul Staines.

For its part, Hamas has its usual quota of crazed Islamic fundamentalists, cynical oil sheiks and useful idiots hanging around its corner with a wet sponge and an ice bucket. Also, Lauren Booth. It’s like getting into an argument but only drawing support from the most embarrassing and gimpy elements of your social circle. True, anyone with a conscience is horrified by the disproportionate slaughter being visited upon the Gazans. But pity achieves very little in this world. 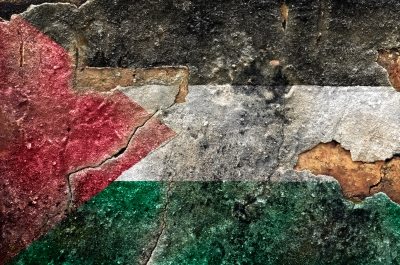 Rather, the hardest thing for all sides to accept is how full of shit they are. Even the language of the debate is often corrupted, with thinly veiled anti-Semitic rhetoric butting heads with thinly veiled Islamophobia and racism. Comparisons to Hitler are hurled about like confetti. (He should charge royalties.) Here ‘whataboutery’ isn’t a logical fallacy; it’s punctuation.

Of course, Israel could deal with Hamas once and for all if it sent in the full might of its military and reoccupied the strip. But this would require political will and very heavy casualties, something a sizeable chunk of the Israeli public would not be able to stomach. They can stomach lots of Gazans getting blasted to pieces, however, so the easy option is chosen instead.

For Hamas’ part, it’s win-win. Asymmetric warfare is a perfect way to wage a war if you’re up against an enemy that’s superior to you in every way except for a willingness to shed its own blood. There is no way in hell a load of out-dated missiles are going to bring Israel to its knees, especially when the Iron Dome reduces them to minor annoyances for the most part. But Hamas benefits from international outrage as Israel’s moronically clumsy response can always be depended upon.

And that’s why Hamas will never give up its charter calling for the destruction of Israel and Israel’s political establishment will never give up its pig-headed heavy handedness and constant building of illegal settlements in the West Bank. They both need the conflict to continue for evermore, because they depend on it to justify their continuing existence. Both are institutions that need to be in perpetual opposition to something. Israel needs to feel like it’s being picked on, and so does Hamas.

Erin Pizzey’s 1982 book, Prone to Violence, explained the scenario perfectly: If a child grows up in a violent, degrading environment, they often become adults who seek abusive, damaging relationships in turn. Why? Because, on a subconscious level, they can’t truly feel anything without that self-same pain. Whether it’s the Nakba or the Holocaust, neither side can let go of their germinal traumas because this means letting go of a core pillar of their beings. And so they continue to seek suffering, conflict and fear because, in a perverse way, it’s the closest they can come to feeling alive.

Naturally, this leads to a perverse logic. I am reminded of one Israeli recounting a story about her grandmother. Whenever the grandkids would moan about being conscripted into the Israeli army, she would remind them of her own tragic youth. Now Jews, like her grandkids, would never fear that dreaded knock on the door in the middle of the night like she did in 1940s Europe. Of course, now Jews, like her grandkids, have to fear being shot at, being blown up, captured, lynched, treated like international pariahs or traumatised by the horrors of the battlefield. Progress! 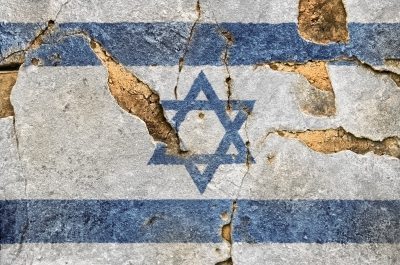 For their part, Hamas simultaneously decries the deaths of Gazans and other Palestinians because that’s a terrible thing, but also glories in the slaughter, pain and suffering; it makes good copy, but also tickles a certain base masochistic urge. Like most violent erotophobes, Hamas exalts death, mutilation and splatter as a substitute for the carnal urge and by extension life itself. The worst thing for either side would be for peace to break out. They simply wouldn’t know what to do with themselves.

After all, how would Bibi win elections if Israel wasn’t under perpetual siege? How would Hamas be able to perpetuate its doctrine of extremist religion if Palestinians were happy, well fed and safe? Extremism needs dysfunction to flower. A real cynic might think both sides do this deliberately, but like all conspiracy theories, this is based on the naive belief that those involved actually know what the hell they’re doing.

No, the best way to see this conflict is like so – imagine you’re back at school. There are two messed up, damaged kids everyone’s vaguely creeped out by. They hate each other and keep fighting. One goes out of his way to overreact and have no real friends, while the other can’t fight so well but is more nimble, and manipulative enough to appeal to the sentimental and his fellow ‘problem children.’

Everything is a never-ending cycle of tit-for-tat, bloody noses and muffled sobs. But they still carry on, because that’s all they know. Besides, admitting their pain would make them look ridiculous in front of the rest of the school. So it carries on, and on, and on, and on. Because, on a certain level, they need each other and the pain they bring.