Isolating the Pain of Sunburn

Isolating the Pain of Sunburn. Now a scientific possibility. Question is, should we?

Next they’ll find a way to neutralise it, so we can broil in the heat without even the body’s warning system to prompt a cover-up. Imagine the untapped potential for skin damage. How badly sunburned could you get without the pain barrier?

Tubby England fans on tour… this is a challenge.

DURHAM, N.C. — The painful, red skin that comes from too much time in the sun is caused by a molecule abundant in the skin’s epidermis, a new study shows.

Blocking this molecule, called TRPV4, greatly protects against the painful effects of sunburn. The results were published the week of Aug. 5 in the Proceedings of the National Academy of Sciences (PNAS) Early Edition online. The research, which was conducted in mouse models and human skin samples, could yield a way to combat sunburn and possibly several other causes of pain.

“We have uncovered a novel explanation for why sunburn hurts,” said Wolfgang Liedtke, M.D., Ph.D., one of the senior authors of the study and associate professor of neurology and neurobiology at Duke University School of Medicine. “If we understand sunburn better, we can understand pain better because what plagues my patients day in and day out is what temporarily affects otherwise healthy people who suffer from sunburn.” 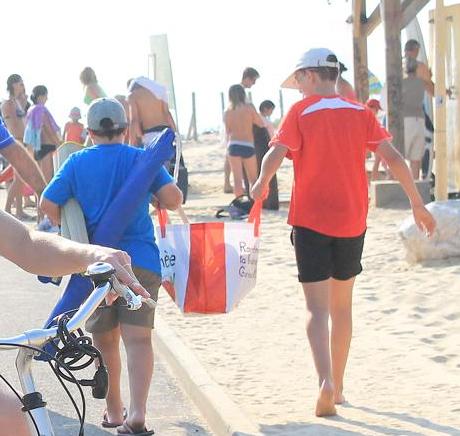 The vast majority of sunburns are caused by ultraviolet B or UVB radiation. In moderation, this component of sunlight does the body good, giving a daily dose of vitamin D and perhaps improving mood. But if people get too much, it can damage the DNA in their skin cells and increase their susceptibility to cancer. Sunburns are nature’s way of telling people to go inside and avoid further damage.

Liedtke worked together with a multi-institutional team of researchers: Elaine Fuchs, Ph.D., a professor at Rockefeller University and an investigator with the Howard Hughes Medical Institute who is a widely renowned skin biologist; and Martin Steinhoff, M.D., Ph.D., professor of dermatology and surgery at the University of California in San Francisco who is well-known for his studies on sensory function of skin in health and disease. Together, they investigated whether the TRPV4 molecule, which is abundant in skin cells and has been shown to be involved in other pain processes, might play a role in the pain and tissue damage caused by UVB over-exposure. TRPV4 is an ion channel, a gateway in the cell membrane that rapidly lets in positively charged ions such as calcium and sodium.

First, the researchers built a mouse model that was missing TRPV4 only in the cells of the epidermis, the outermost layer of the skin. They took these genetically engineered mice and their normal counterparts and exposed their hind paws — which most resemble human skin — to UVB rays. The hind paws of the normal mice became hypersensitive and blistered in response to the UVB exposure, while those of the mutant mice showed little sensitization and tissue injury

Next, they used cultured mouse skin cells to dissect the activities of TRPV4. Using a device engineered by Nan Marie Jokerst, Ph.D., a professor of electrical and computer engineering at Duke’s Pratt School of Engineering, the researchers showed that UVB caused calcium to flow into the skin cells, but only when the TRPV4 ion channel was present.

Further molecular analysis uncovered the entire sequence of events in this pathway, with each event affecting the next: UVB exposure activates TRPV4, which causes the influx of calcium ions, which brings in another molecule called endothelin, which triggers TRPV4 to send more calcium into the cells. Endothelin is known to cause pain in humans and also evokes itching, which could explain the urge sunburned patients feel to scratch their skin.

To test whether these findings in mice and mouse cells have human relevance, the researchers used human skin samples to successfully demonstrate increased activation of TRPV4 and endothelin in human epidermis after UVB exposure.

To see if they could block this novel pain pathway, the researchers used a pharmaceutical compound called GSK205 that selectively inhibits TRPV4. They dissolved this compound into a solution of alcohol and glycerol — basically, skin disinfectant — and then applied it to the hind paws of normal mice. The researchers found that the mice treated with the compound were again largely resistant to the pain-inducing and skin-disrupting effects of sunburn. Similarly, when they administered the compound to mouse skin cells in culture, they found that it stopped the UV-triggered influx of calcium ions into the cells.

“The results position TRPV4 as a new target for preventing and treating sunburn, and probably chronic sun damage including skin cancer or skin photo-aging, though more work must be done before TRPV4 inhibitors can become part of the sun defense arsenal, perhaps in new kinds of skin cream, or to treat chronic sun damage,” said Steinhoff, co-senior author of the study.

“I think we should be cautious because we want to see what inhibition of TRPV4 will do to other processes going on in the skin,” Liedtke added. “Once these concerns will be addressed, we will need to adapt TRPV4 blockers to make them more suitable for topical application. I could imagine it being mixed with traditional sunblock to provide stronger protections against UVB exposure.”

Next Story:
Wings of Wax and a Missed Payday