How to Promote Backyard Bird Diversity 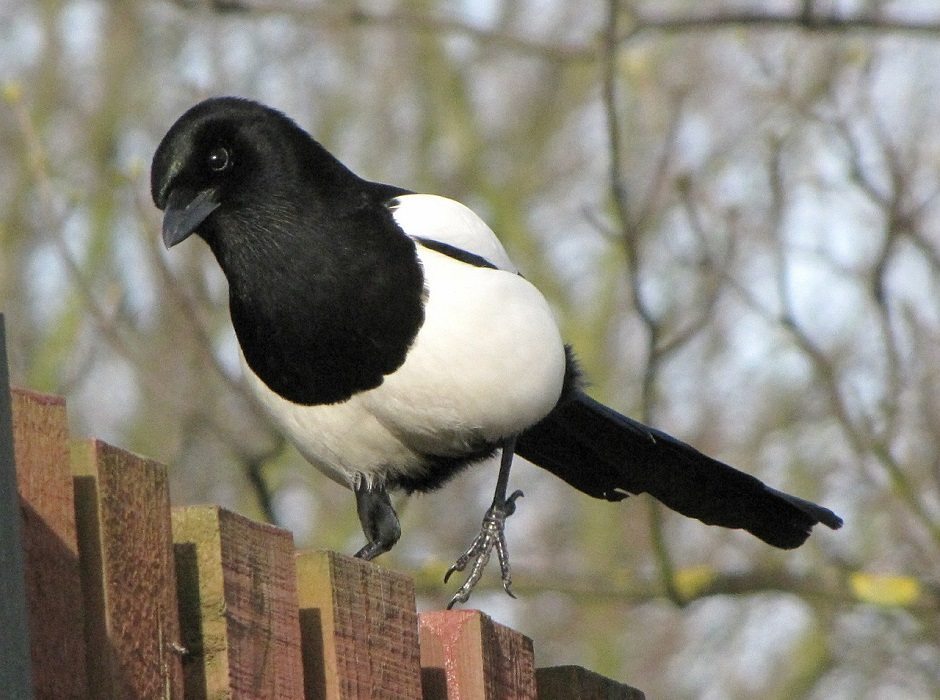 Nice idea. When the magpies start tearing the tiles off your roof, we suggest a twelve-bore.

The landscaping plants chosen by residents for their yards plays a much greater role in the diversity of native birds in suburban neighborhoods than do the surrounding parks, forest preserves, or streetside trees, say biologists at the University of Illinois at Chicago.

Their findings are published in the journal Ecological Applications.

The combined effects of a neighborhood’s small yards has a greater impact on the variety of native birds than larger landscape features, says Amy Belaire, UIC doctoral candidate in biological science, who is first author on the study.

“We were surprised by the diversity of species we found in people’s neighborhoods–36 species in all,” Belaire said. But areas with bird-friendly yards had nearly twice as many species, she said, as neighborhoods whose private yards were less attractive to birds.

The UIC biologists surveyed 25 neighborhoods in the Chicago area, in June’s peak breeding season, scoring the number and type of birds and “bird-friendly” landscaping features, such as berry bushes, evergreens and certain other trees — along with bird feeders, bird-baths or ponds.

Because backyards are private, their impact on bird populations hasn’t been previously studied, said Emily Minor, UIC associate professor of biological sciences and principal investigator on the study.

“The backyards are where people feel more comfortable landscaping things that they think are important,” said Minor. “So a lot of people’s bird-friendly efforts are in the backyards.”

Belaire walked one kilometer down 25 selected streets near forest preserves throughout Cook County, stopping every 100 meters to look for birds and listen for birdsongs. She identified and counted the birds in each area based on these observations.

Going house-to-house, Belaire, along with UIC undergraduate student Hannah Gin, asked people to fill out a survey of their yards, identifying environmental characteristics including bird-friendly landscaping. They also asked if cats or dogs lived outside.

The researchers found that the neighborhoods most attractive to birds were those in which many yards had fruit or berry-bearing trees and shrubs; a mix of evergreen and other types of trees; and, to a lesser extent, other environmental features. They found that the presence of outdoor animals, especially cats, kept birds away.

The research, Minor said, grew from wondering how many birds from the forest preserves flew into nearby neighborhoods. Many do so, they found.

“Birds are really living out in the neighborhood,” Minor said. “We found that there were simple guidelines for people to follow to increase bird diversity in their own backyards.”

Source: University of Illinois at Chicago

Previous Story:
We are watching your culture too. Captured