How to Achieve a Well-Balanced Gut

Healthy bio-flow. Or how to have good poos. In the absence of kale-shakes, Trebuchet news reports. 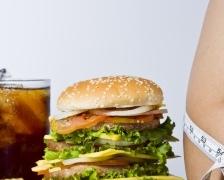 Drink beer with both hands?

Creating an environment that nurtures the trillions of beneficial microbes in our gut and, at the same time, protects us against invasion by food-borne pathogens is a challenge. A study published on August 8 in PLOS Pathogens reveals the role of a key player in this balancing act.

SIGIRR is a protein present at the surface of the cells that line the gut that dampens the innate (non-specific) immune response of these cells to bacteria. The new study, led by Xiaoxia Li (from the Lerner Research Institute in Cleveland, USA) and Bruce Vallance (from BC’s Childrens’ Hospital and the University of British Columbia in Vancouver, Canada), now shows that SIGIRR function in mice (and presumably also in humans) is necessary to protect the gut against “hostile takeover” by bacteria that cause serious food poisoning and bowel inflammation.

The researchers infected mice that were missing the Sigirr gene with bacterial pathogens that cause food poisoning in rodents (either a relative of toxic E. coli or Salmonella Typhimurium). And even though these mice had a much stronger intestinal innate immune response than mice with intact SIGIRR function, they were unable to defend themselves against the pathogens and got much sicker than their normal counterparts.

Examining the underlying mechanism, the researchers looked at the beneficial microbes that normally reside in the gut. Often, these can delay or even prevent pathogens from infecting the gut by competing for space and nutrients, in a process called “colonization resistance”. Consistent with this role, the exaggerated antimicrobial responses triggered by the pathogens in the absence of Sigirr caused a rapid and dramatic loss of beneficial microbes from the infected gut. This depletion seems to reduce the ability of the resident good bugs to outcompete the invading bad ones, leaving the gut highly vulnerable to colonization by the toxic pathogens.

SIGIRR function in the gut therefore reflects a balancing strategy that sacrifices maximal immune responsiveness in order to protect the beneficial resident microbe populations which, when healthy, provide a strong barrier against toxic foreign invaders and thus protection for their host through colonization resistance.

The researchers conclude “Our results suggest our immune system really isn’t very good at preventing food-borne infections, and, through evolution, we have come to rely on our gut microbiota to protect us from many pathogens. If we disrupt this mutualistic relationship (for example, with antibiotics), we leave ourselves highly susceptible to infections.”

While being gentle with your beneficial gut flora is clearly a good thing, the researchers also speculate that modulating SIGIRR function within the gut might one day offer therapeutic potential for gastro-intestinal disorders, such as inflammatory bowel disease.