Hayward Gallery Touring presents the first significant UK exhibition in almost 40 years of work by the group of artists who have become known as the Chicago Imagists. 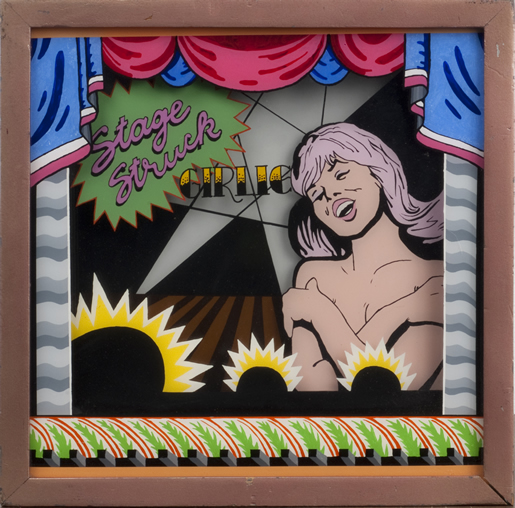 [dropcap style=”font-size:100px;color:#992211;”]S[/dropcap]outhbank Centre’s Hayward Gallery Touring presents How Chicago! Imagists 1960s & 70s, the first significant UK exhibition in almost 40 years of work by the group of artists who have become known as the Chicago Imagists. The exhibition focuses on 14 artists highlighting their individual styles as well as their shared references and moments of connection through painting, objects, drawings, prints, and ephemera. Having mostly studied in proximity to one another at the School of the Art Institute of Chicago throughout the 1960s, the artists in this show share an enthusiasm for Surrealism, Art Brut, comic books, non-Western and ‘self-taught’ artists, commercial advertising and the music, markets, sideshows and architecture of the city they lived in. They learned from teachers at the School of The Art Institute, such as Ray Yoshida, and in turn their teachers learned from them. In 1966, Jim Falconer, Art Green, Gladys Nilsson, Jim Nutt, Suellen Rocca and Karl Wirsum first presented their works together at the Hyde Park Art Center in Chicago under the name of the Hairy Who. Following the show’s success, the Hyde Park Art Center staged a series of similar exhibitions in the years that followed, bringing together new constellations of artists under names such as Nonplussed Some, The False Image, Marriage Chicago Style and Chicago Antigua. The strong bonds developed between these artists during the 1960s and 70s has kept them affiliated under the moniker ‘Chicago Imagism’, despite the diversity of their work. How Chicago! will focus on works produced in those pivotal decades, a vital period in the development of these artists’ practice. 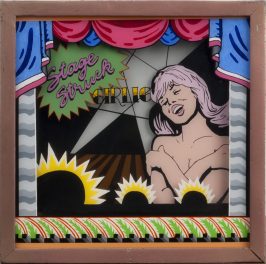 Between 1966 and 1969, the Hairy Who artists self-published four comic books as an affordable way of creating full-colour, printed accompaniments to their exhibitions that were more fitting to the artists’ aesthetic than a standard catalogue. These publications featured hand-drawn reproductions of the works on display, comic strips, fake advertisements and lots of puns, highlighting the humour and entertainment value which is so prevalent throughout How Chicago!

The 14 imagists in How Chicago! are united by humour and fondness for wordplay, bringing to the surface all that is funny, popular and ridiculous, as well as grotesque, vulgar and serious. This exhibition gives UK audiences the chance to see an incredible and hugely influential body of work which has been rarely seen outside the USA. At a moment when many contemporary artists are reconnecting with ideas around imaginative figuration, this exhibition provides a vital and inspirational touch-point for emerging artists and the public alike.

How Chicago! is supported by the Terra Foundation for American Art as part of Art Design Chicago, an initiative exploring Chicago’s art and design legacy. The exhibition is organised by Hayward Gallery Touring in collaboration with Goldsmiths Centre for Contemporary Art and De La Warr Pavilion. How Chicago! is curated by Sarah McCrory, Goldsmiths Centre for Contemporary Art, and Rosie Cooper, De La Warr Pavilion. A fully illustrated exhibition catalogue will be produced by Hayward Gallery Publishing, including essays by the curators and Lynne Warren, Curator at Museum of Contemporary Art Chicago, and texts on each of the artists.

How Chicago! opens at Goldsmiths Centre for Contemporary Art (16 March – 26 May) then at De La Warr Pavilion (15 June – 8 September).

Next Story:
A Timely Review of the Art Market: London Art Fair 2019