A Timely Review of the Art Market: London Art Fair 2019

This year’s London Art Fair focused on the various correspondences between the work of contemporary artists from Latin America and Europe. 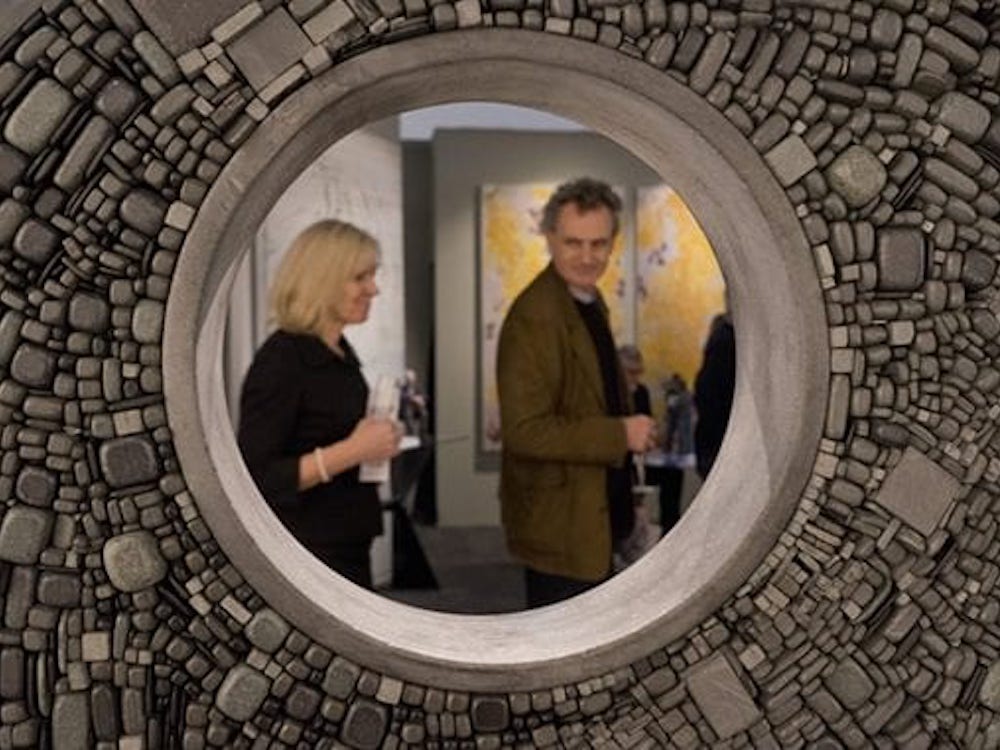 Now on its 31st edition, the London Art Fair was founded in January 1989 as an initiative of the Business Design Centre in Islington, where the event has been held ever since.

Past highlights include sculptures by Sir Anthony Caro and Eduardo Paolozzi, selected works from the infamous Sensation exhibition that launched the careers of Damien Hirst and Tracey Emin at the Royal Academy, and paintings by Turner prizewinner Chris Ofili.

As well as showcasing the best British and foreign galleries, the fair launched Art Projects a few years ago, a new section as a dedicated space for galleries under five years old in order to attract London’s most exciting young artists. A major feature of Art Projects is Dialogues, which invites pairs of galleries to create a shared presentation, encouraging inventive collaborations and new relationships.

Kiki Mazzucchelli curated the 2019 edition, which focuses on the various correspondences between the work of contemporary artists from Latin America and Europe. The re-evaluation of hegemonic art historical narratives has been at the forefront of art historical debates in the past two decades. In this context, the legacy of Latin American avant-gardes has gained unprecedented recognition and has become a major influence in the work of emerging artists worldwide.

The Photo50 section of the fair shines a spotlight on contemporary photography and lens-based media. It also includes a busy programme of talks and discussions and provides a critical forum for examining some of the most distinctive elements of current photographic practice. Who’s looking at the family, now? is an exhibition curated by Tim Clark that engages with some fundamental questions about family life, its dynamics and complexity, as represented by a group of contemporary photographers and artists working in the UK and internationally.

The fair’s programme of daily talks, tours, workshops and performances provide a timely review of the art market today, trends in photographic practice, tips on building your art collection, artists’ presentations and more, curated this year by Merve Sulun. 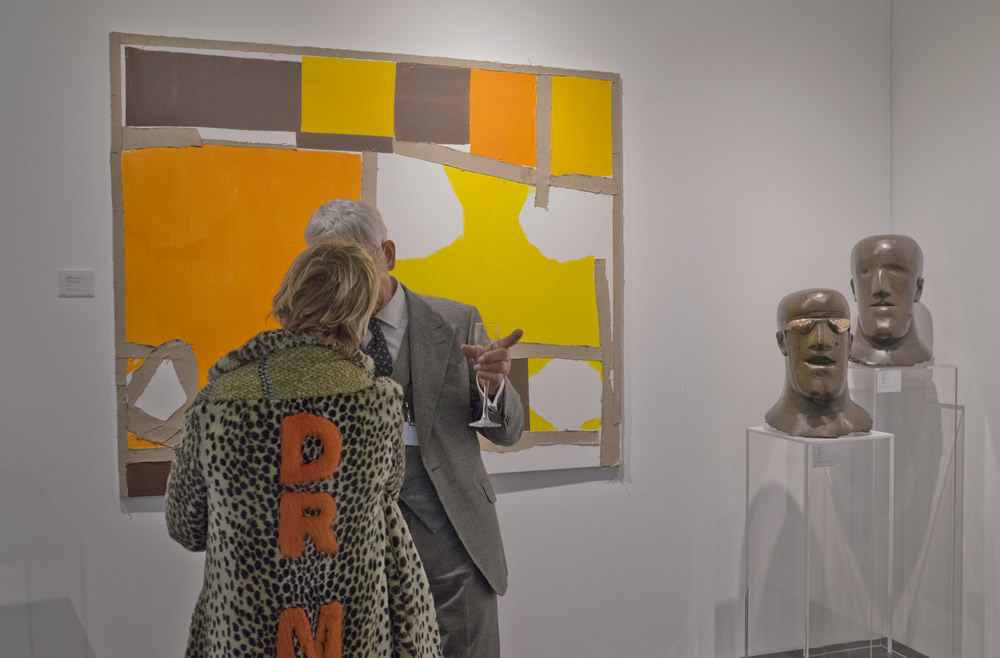 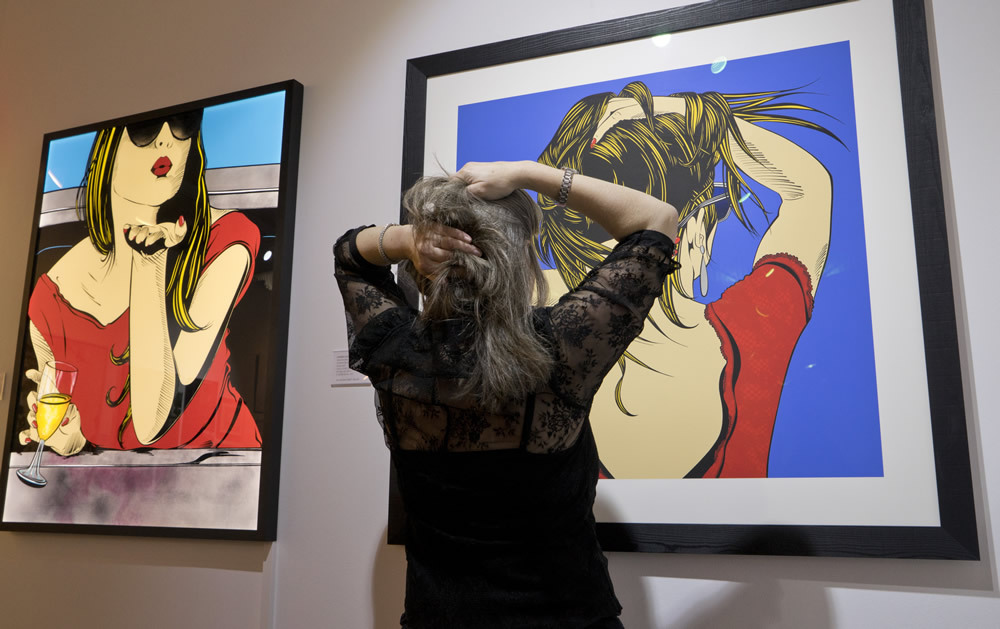 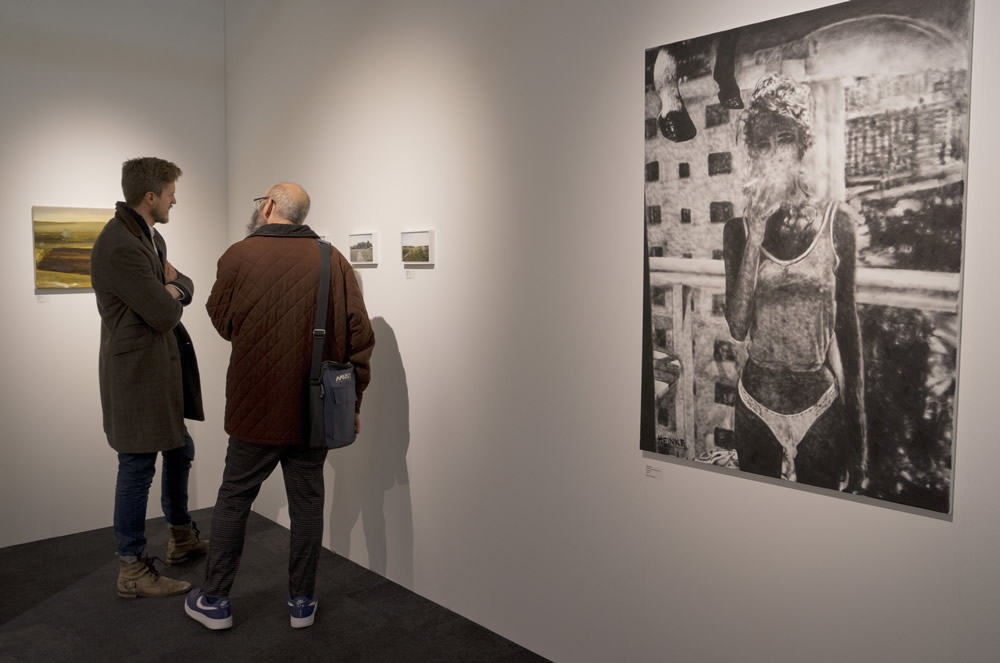 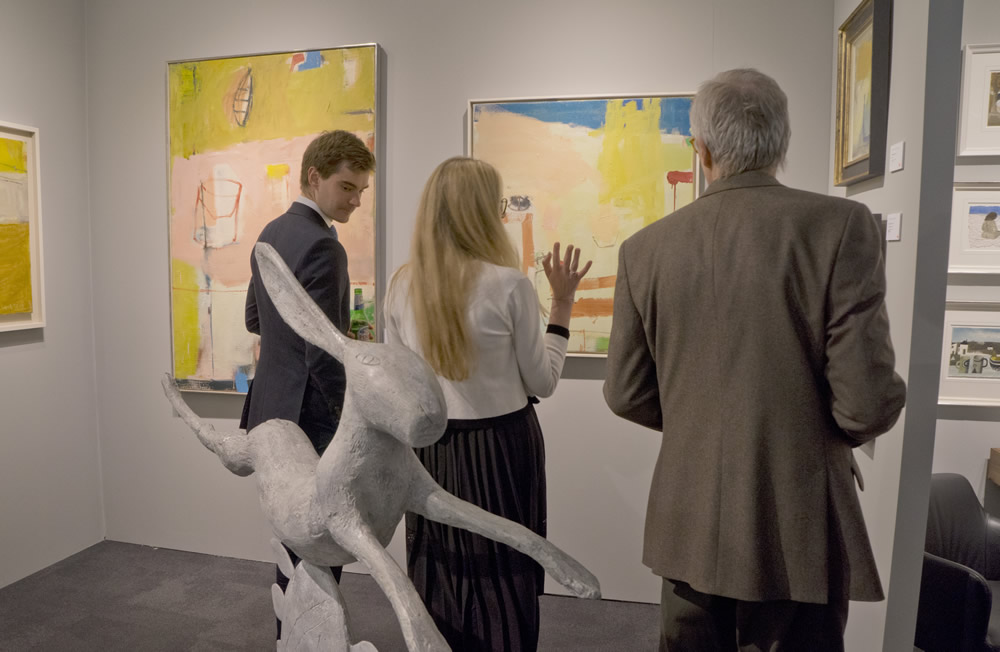 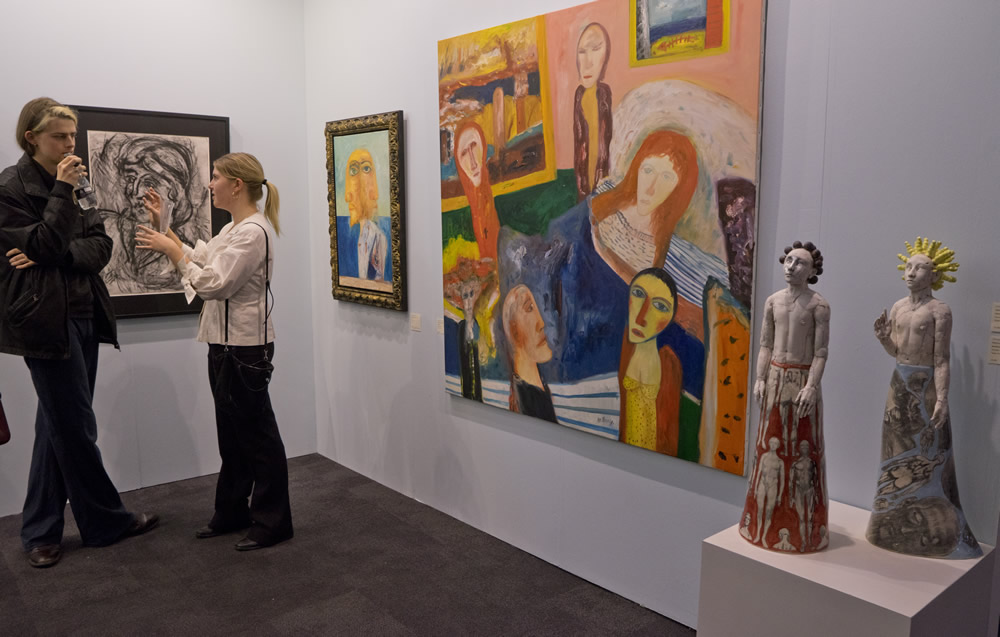 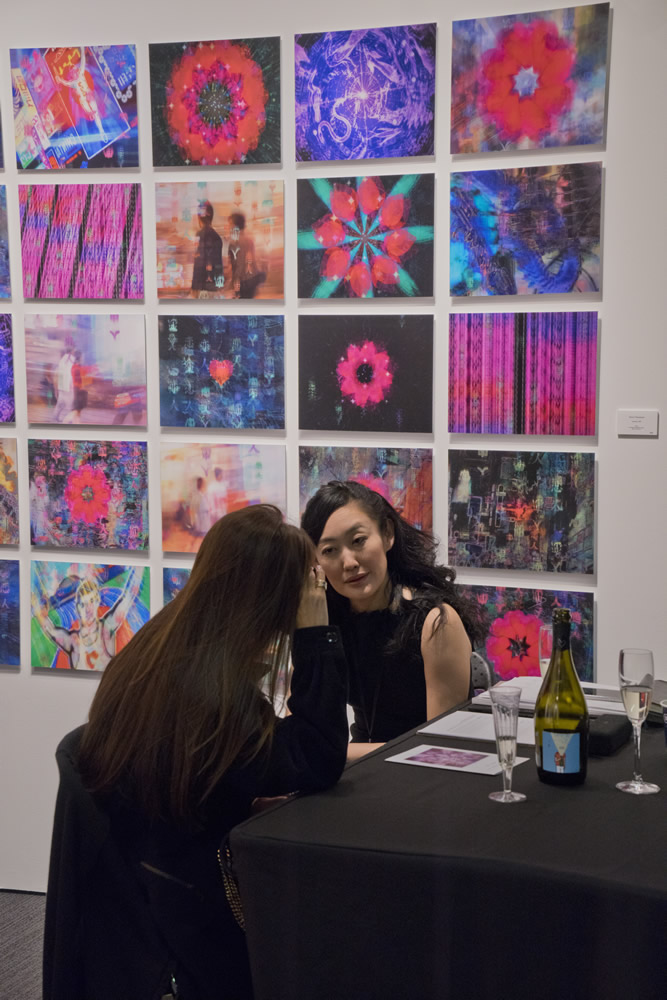 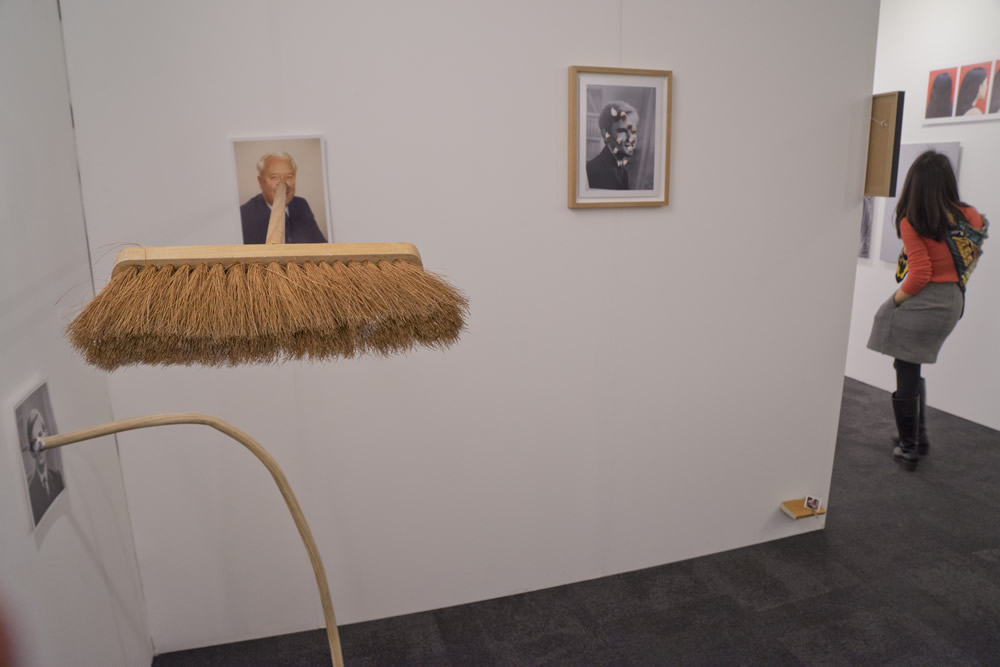 I signed up for ‘Considering new arts models and spaces: popups, fairs and collaborations’, which discussed the role of new gallery and arts venue models and spaces of the future. I also attended ‘Art from Latin America Now: new perspectives in the age of internationalism’, chaired by Mazzuchelli, which discussed the work of several pioneering artists from Latin America who have been widely exhibited in some of the world’s most renowned institutions, and the challenges facing a younger generation who have come up, increasingly working in today’s global circuit.

The Thursday Late programme gave visitors the opportunity to visit the fair during after work hours and enjoy the exhibiting galleries and curated spaces alongside an exciting programme of insightful talks, tours and performances and also allowed them entry to the exclusive after-party at the ACE Hotel’s Miranda nightclub in Shoreditch.

As part of the Museum partner project, Towner Art Gallery, Eastbourne, presented The Living Collection: an exhibition that showcases Towner’s rich heritage of collecting, exhibiting and championing contemporary art for almost a century.

Hosted in the Art Projects Screening Room, is an accompanying programme of collaborative film and new media initiatives curated by Pryle Behrman. The release in 2018 of Ryan Coogler’s Black Panther has provoked renewed interest in the cultural aesthetic of Afrofuturism and in particular the way that its history within experimental filmmaking over the past 50 years has laid the groundwork for both the critical and (importantly, in the field of countercultural movements) commercial success of the film.

Focusing on key works from the 1970s onwards from Africa and the African Diaspora, the films on display explore the past experiences and future possibilities of African communities through alternate and imagined realities. The programme introduces the many different creative reinterpretations of science fiction, documentary, historical fiction, fantasy, straight drama and magic realism that are a feature of Afrofuturism’s innovative nature and which have ensured its continuing influence.

The Platform section of the fair explores the expansive territory of ceramics, which, in the last decade, has been enjoying somewhat of a revival, both amongst the collectors revealing a newfound appreciation of the medium and an appeal of the authentic and bespoke, and a new generation of artists exploring new possibilities and shifting perceptions of the craft.

In the midst of a very busy fair, it is rare to find a sense of calm, but I reached it by experiencing the installation of etched steel and slate, by Tom Stogdon, at the Crane Kalman gallery. His first ventures into sculpture began by making elaborate pieces using fruit and vegetables, and then gradually progressed into using slate and metal. His experiments with stone and the wearing influence of water have very much dictated the direction of his work in the last few years. 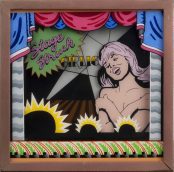