In person, Helmut Newton was downright disarming, innocent and a little boyish. Until you saw the pictures. And then… he morphed into something downright dangerous. 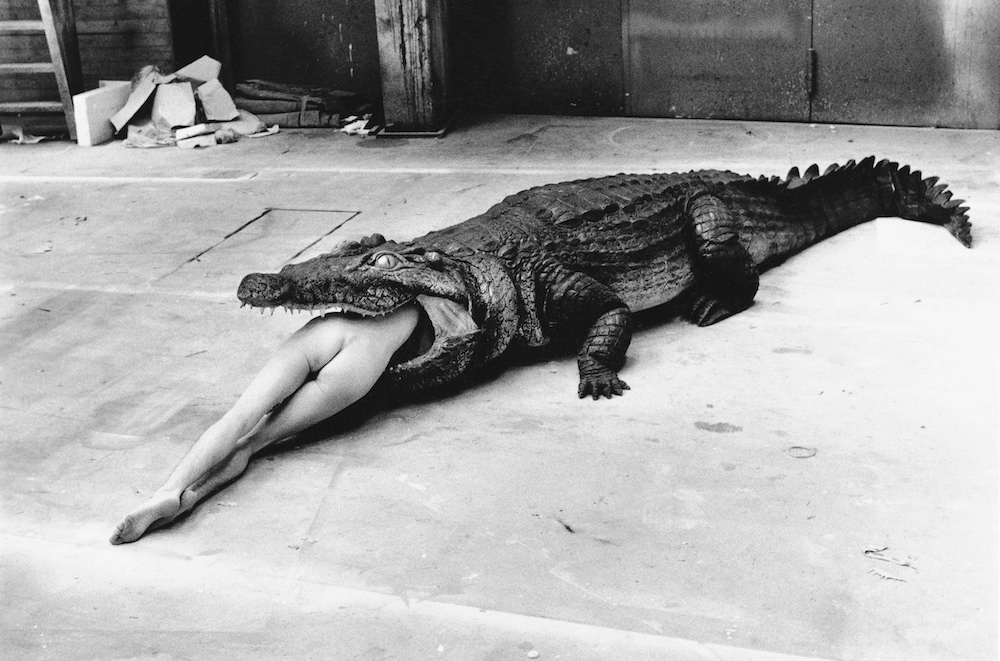 Helmut Newton’s wife of 56 years, June, once asked him if he knew how “deeply subversive” he was, if “the anarchy was intentional”, or was he “just a naughty boy?” Newton replied that he was “a naughty boy who grew up to be an anarchist… but [I’m] still a naughty boy and will always be a naughty boy.”

Mindful of this, viewers of Helmut Newton: The Bad and the Beautiful might expect a right naughty little documentary, perhaps best watched alone and uninterrupted. And it is chock-a-block with striking, strong naked women — nearly 90 minutes of full-frontal, forceful femininity — Helmut’s career-long speciality. Still, the film, as a whole, doesn’t feel particularly naughty. It’s arthouse, not adult, cinema.

However, there IS one particular scene, just approaching the 20-minute mark: Helmut leads a nude, cocktail-carrying, typically Amazonian blonde, hair slicked back and thong-tanned, through leafy undergrowth… to a trash-strewn back alley. She assumes a head-down, kneeling position, shapely derriere cocked skyward, and gazes directly at the viewer while smoking a cigarette. Aggressive yet inviting. Seemingly challenging, “What you gonna do, boy?”

And that’s the intrigue of both Helmut, the film and Helmut, the man. As his wife, models, business associates and even critics/antagonists attest (the latter personified here by Susan Sontag) in-person he was downright disarming, innocent and a little boyish. Until you saw the pictures. And then… he morphed into something downright dangerous.

Newton, himself, was the artistic child of German expressionism and (he wryly acknowledges) Nazi propaganda imagery. Dispensing with objective reality, he favoured raw power, unchecked emotion, wild juxtaposition and brazen innuendo. In 1938, during Kristallnacht, he was briefly interned and, shortly thereafter, fled Nazi Germany. His (also Jewish) mentor, renowned photographer Yva, was not so fortunate. She was murdered in a concentration camp in 1942.

Is it any wonder then, that Newton punctuates his speech with absolute, declarative statements: “opposites are exciting”; “I don’t care if people like it”; and “power is what makes a good subject”. Throwaway lines from some, but not from Helmut Newton. He understood art’s power potential, cherished his freedom to exercise it, and worked without fear.

Beyond Newton, two of Helmut’s most fascinating interview subjects are Night Porter ingénue, Charlotte Rampling, and fashion-club-music icon, Grace Jones. Each in their own way, these two set the film’s tone early on, testifying (through shoot descriptions and the shots themselves) to Newton’s unique combination of technical acumen and artistic courage.

And, so it goes for the length of the film: interviews, conversations, photos, photoshoot video, historical footage and the like. All nicely paced by a more than adequate soundtrack, if leaning a bit heavy on The Cure’s “Pictures of You”. But that’s simply the German expressionism/goth connection creeping in, and it’s only a weakness if one’s goth side prefers, say, Trent Reznor to Robert Smith.

Ultimately, the film comes full circle. Helmut begins with a Hollywood rooftop photoshoot. Hence, it could only end with Newton’s fatal 2004 car crash in the sleazy-elegant Chateau Marmont’s very driveway, his winter home since the early 1980s. In-between, among other jarringly sexy visual oddities, don’t miss the tall blonde in black vinyl minidress and thigh-high red boots. Standing next to a spit-roasted suckling pig.

But only if you’re into that sort of thing. 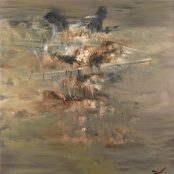