There is no draining the swamp of the collective mind, for the swamp and citizenry are one.

A nation, built on the brutality of slavery and Jim Crow, and perpetual wars waged to maintain economic imperium, and wherein its police state thugs with badges harass, brutalise and murder minority citizens with impunity, and its Prison Industrial Complex incarcerates the poor and powerless in the largest numbers of any nation in history… who could imagine that such a thing could come down?

Encased in the soil of Afghanistan, the graveyard of empires, are the remains of fallen soldiers dating back from the time of the ancient Persians and Greeks. It is a given, the psychopathic clown Trump, the embodiment of the Second Law of Thermodynamics concomitant to over-expanded empires, would order the US Imperial Killer Clown Army to flounce deeper into the blood-sodden morass. 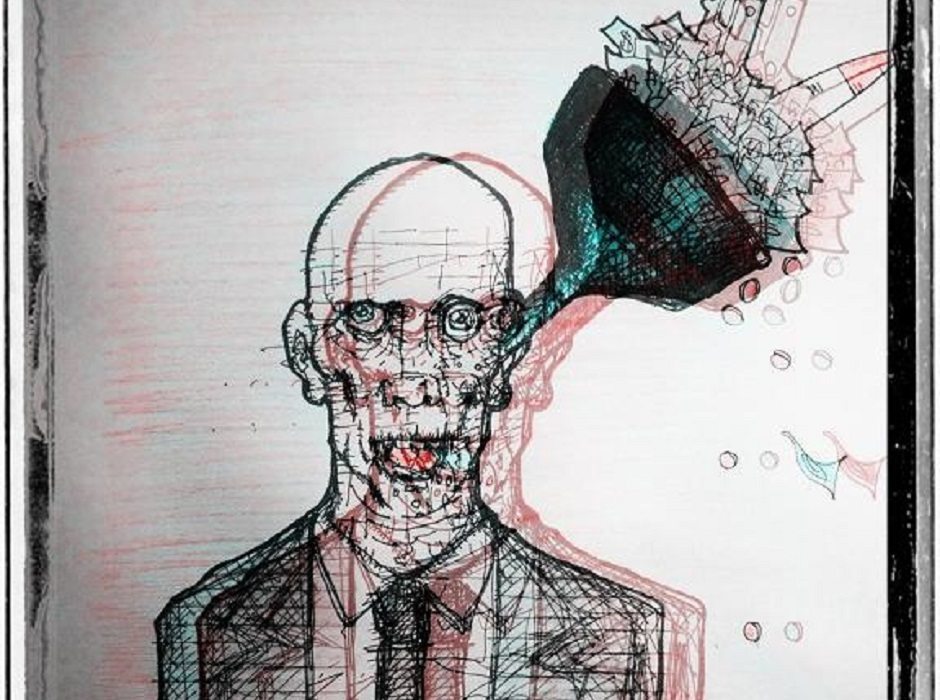 Empires are death cults, and death cults, on a subliminal bases, long for their own death. Paradoxically, the collective mindset of imperium, even as it thrusts itself farther and farther across the expanse of the world, renders itself insular, cut off from soul-enhancing novelty, as all the while, the homeland descends into a psychical swamp of roiling madness.

There is no draining the swamp of the collective mind, for the swamp and citizenry are one. Thus the likes of leaders such as Trump rise from and are made manifest by the quagmire of the culture itself. In a swamp, the gospel of rebirth and redemption is heard in the song of humus. New life rises from its compost.

In the presence of Trump’s bloated, debased carcass, one is privy to arias of rot. While Hillary Clinton’s monotonous tempo was the dirge of a taxidermist — cold, desiccated of heart, and devoid of life’s numinous spark — Trump’s voice carries the depraved cacophony of a Célinean fool’s parade… its trajectory trudging towards the end of empire.

Images by Dan Booth. Not to be reproduced without express prior permission.

One Reply to “Graveyard of Empires: Afghanistan Prepares its Killing Grounds… Again”