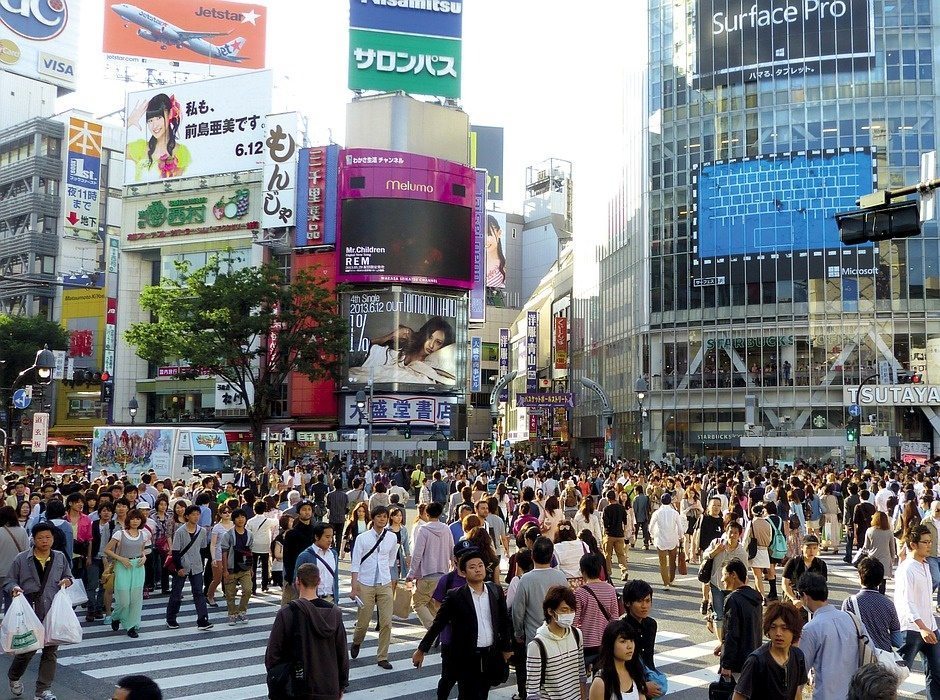 [dropcap style=”font-size:100px; color:#992211;”]D[/dropcap]id we need a research project measuring a general law of how pedestrians interact?

Surely the simple law is : extremely slowly, gaze morosely locked on smartphone screen, directly in front of the person in the biggest hurry.

For the first time researchers have directly measured a general law of how pedestrians interact in a crowd. This law can be used to create realistic crowds in virtual reality games and to make public spaces safer.

People intuitively know how to navigate through crowds in a way that both minimizes distance travelled and avoids collisions. But the ‘force’ that governs human interactions has been previously unknown. If humans behave like charged particles, a simple repulsive force across distance might be appropriate. But simulations based on the distance between pedestrians have failed to fully replicate known crowd behaviors.

Ioannis Karamouzas of the University of Minnesota and his colleagues analyzed video footage of crowds in both an outdoor campus and an indoor bottleneck setting, and found that people interact in a consistent and universal way if their “time until a possible collision” is taken into account. In other words, unlike charged particles, humans can anticipate collisions and this is the key to describing crowd interactions.

Based on the data, the researchers found a simple mathematical law for the interaction force between two pedestrians that depends only on the “time until collision” factor. They used this law to simulate realistic crowds in a range of urban settings.

Familiar crowd patterns emerged from the new simulations: people walking on an on-coming collision course veer well in advance, but people traveling in the same direction tend to walk close together. These real-life patterns were difficult to reproduce with previous crowd models.

This work is at the cross roads of sociology and statistical physics. “It is very exciting to me to think about how psychology affects our motion and how people are different from the systems physicists normally model,” said Stephen Guy of the University of Minnesota and co-author on the study.

The researchers hope their crowd model can be used to foresee potential dangers in sporting events and festivals in order to avoid stampedes. Their simulations might also be used to test the crowd safety of new buildings well before any construction takes place.

“The universality of our law is really surprising, and understanding this can lead to safer building designs and shed some light into the anticipatory nature of human interactions,” said Karamouzas, who will present his work during a talk at the American Physical Society’s March Meeting on Friday, March 6.

Previous Story:
Frankie had them both on the ground and bleeding in two hits.

Next Story:
Yes dear, have another biscuit. Some of us have jogging to do..