In Gaza : The Aftermath of Hell

I fail to see the military value of these targets. It feels more like a terror campaign to beat any notion of statehood out of Gaza’s population. 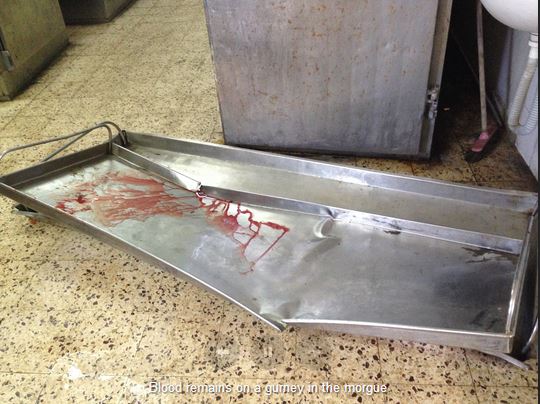 [dropcap style=”font-size:100px; color:#992211;”]A[/dropcap]fter 36 hours stuck in the hotel while bombs fell all around, shaking the entire building, today we made it out for a few hours to survey the damage.

Some time before we left the hotel, a car was attacked on Al Nasra street, the main road from Gaza City to the South.  The two people inside were killed.

This brings the known death toll in Gaza to 54 since the ceasefire broke on Tuesday.  Some of the scenes of death and injury:

This is still ongoing. People are dying up and down the strip, the bombing is relentless.

We visited Al Shifa hospital, ambulances were arriving and dropping off dead and wounded every few minutes.  There was blood everywhere.  A group of women passed me, all of them in tears. A man carried his catatonic son over his shoulder and ran into the hospital.  A man with apparent shell shock wandered around aimlessly with  a vacant expression. The tent city in the ground was notably more full than our last visit just days ago – men with one leg, men with no legs, men with broken legs stretched out in the sun. 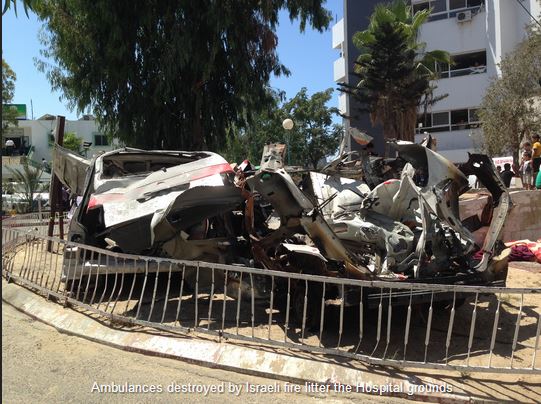 The shells continue to fall, F-16s continue to drop their munitions, drones continue to launch missiles all across the Strip.  I was awoken at 6am by a strike so close and powerful it made the hotel swing forward and back in the blast pulse as if it were made of rubber.

A building on the street, not 100 yards from the hotel, was destroyed.

I fail to see the military value of these targets.  It feels more like a terror campaign to beat any notion of statehood out of Gaza’s population.

Needless to say we were relieved to get back to the hotel without incident.  But this is the scene here right now.

And so it continues with no end in sight for Gaza’s 1.8 million residents, who are under constant bombardment.  Israeli Prime Minister Binjamin Netanyahu told the world’s media, he is “determined to continue the campaign with all means and as is needed.”

“We will not stop until we secure full security and quiet for the residents of the south and all citizens of Israel.” he said

What this means, is Netanyahu will do whatever it takes to quash all resistance to occupation in the Gaza Strip. Given the indefatigable, un-extinguishable spirit of the Palestinians – I fear this means we are in the final days, weeks, and months of reckoning for this beautiful, yet beleaguered piece of our world. 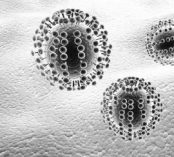 Next Story:
Home is Where the Germs Are