With rice so readily available today, it is hard to imagine that stealing something as simple as a handful of black rice could result in a death penalty 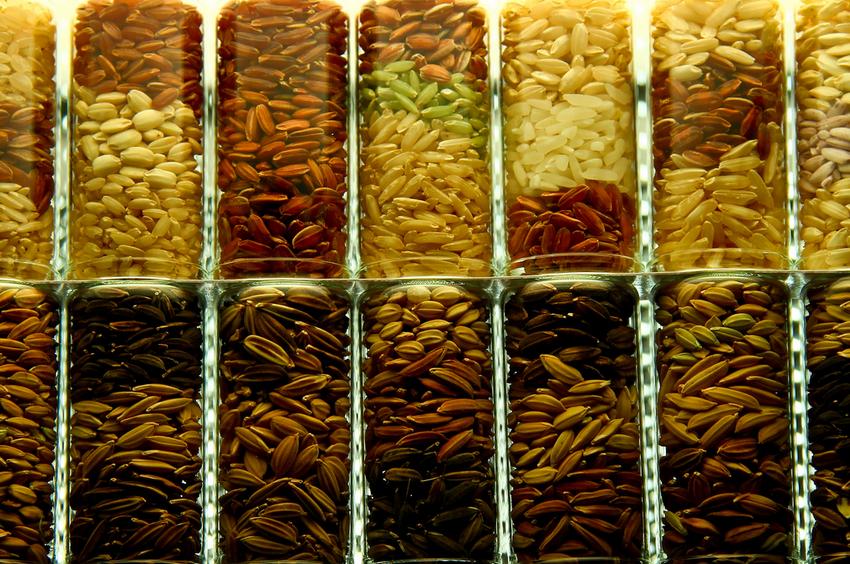 [dropcap style=”font-size:100px; color:#992211;”]’W[/dropcap]ith rice so readily available today, it is hard to imagine that stealing something as simple as a handful of black rice could result in a death penalty.’

Lau Eng Seng sends a final missive from the Edible Art Movement’s recent Urban Paddy Project (in which the group established a live paddyfield in the centre of Singapore), on the talismanic aspect of this ubiquitous grain.

Rice is a widely consumed staple food for the human population, especially in Asia. It also has a long history dating as far back as 8,200 – 13,500 years ago and originating in the Pearl River valley region of China (East Asia), later spreading to Southeast and South Asia. It is through European colonisation of Asian countries that rice was presented to the West. And that is the gist of how rice has expanded to read the rest of the world over the centuries!

Rice has been the basic energy source of the Chinese and Asians for over 5,000 years ever since the invention of Chinese agriculture and domestication of rice. Chinese legends have attributed these to Shennong, the legendary Emperor of China, whose name literally means “Divine Farmer”. The values and importance of rice is exceptionally strong and sentimental to the Chinese, as they regard rice as equivalent to their parents due to the fact that rice has kept them alive and is an essential factor of physical growth and life.

There is even a Chinese saying, <粒粒根深> which means every grain of rice has deep roots back to history. Traditional parents in modern days still teach their children to leave no grain of rice behind in their bowl in accordance to the teachings of the Chinese saying.

Trivia: The notable Hong Kong film director, John Woo, is known for his film in A Better Tomorrow Trilogy. The story is based on the values of loyalty, friendship and brotherhood. In one of the scenes of A Better Tomorrow II, a mafia thug offended the restaurant chef, Ken (Chow Yun Fat) by flipping the plate of fried rice that was served to the mafia, wanting to collect protection fees. Ken then lectured the mafia stating that “rice is like our parents”, and Ken proceeded to eat the rice that was flipped to the floor.

Black rice has gained its reputation from its rich nutritional composition. It is full of antioxidants, Vitamin E, fibre and effective anti-inflammatory properties that possess natural healing abilities, making the strain truly remarkable. In ancient times, black rice was a sacred food and was forbidden to commoners. It was reserved only for the Emperors and the royalties or a few lucky individuals because it was thought that Black Rice would extend their lives (in truth, a fairly legitimate claim!). 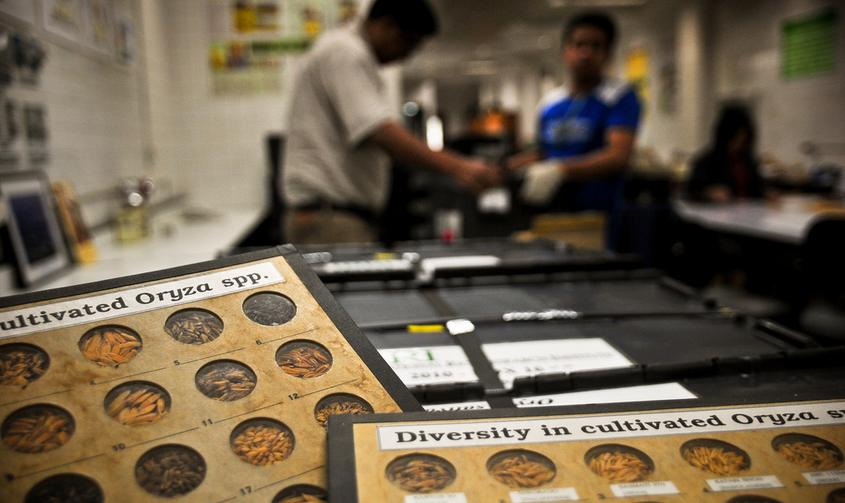 With rice so readily available today, it is hard to imagine that stealing something as simple as a handful of black rice could result in a death penalty. In those days, consuming black rice without the approval of proper authorities could have life threatening consequences for those who were involved in its stealing and consuming.

Luckily we no longer live in a time that prohibits our consumption of black rice. The once forbidden rice is now available to all and its health benefits an open secret credited to the development of science and food researchers over time. So when you are having a bowl of black rice, you will know that it was once a luxury food reserved for royalty.

Lau Eng Seng (b. 1988, Singapore) is a photographer and artist graduated from Nanyang Academy of Fine Arts in 2012. Much of his work concentrates on the current period with research interest in anthropology, sociology and identity. His art practice is driven by research-based methodology and presented through various languages of art. Lau has had another feather in its hat by clinching 2nd Prize in Advertising Category at the International Photography Awards 2013, USA.

Lau is also an independent curator and a mentee of Raymond Yap, alumnus of Royal Academy in UK (2001).

Next Story:
The Taste of Moonshine