This is brooding jazz with an electronic twist or, if you prefer, brooding electronica with a jazz twist. 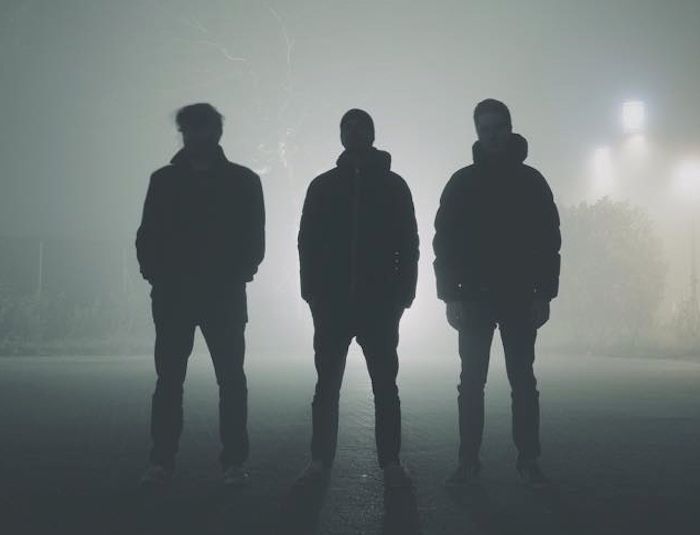 For those who have not had their fill of austerity, Fogh Depot‘s eponymous debut clings tightly to the dark of a Kremlin winter.

So far, so glacial. And evocative of the grandeur and sheer heft of a Moscow February. Initially, this album of textured electronica could be a complement to Nils Frahm’s Wintermusik, taking a similar approach in the way it layers element upon element of pristine upper-mid chimes and clinks onto a bed of modulated keyboard drones.

There the comparison stops though, as the album traces its own narrative arc into rhythm-driven territory as a growing presence of drums, bass, and hard-blown woodwind increasingly asserts its presence. The effect verges on the synaesthetic, almost conveying bodily a cocoon of human warmth – chaotic and daunting in itself, but at least human – in the midst of a sonic landscape at once barren and hostile.

Where human-powered instrumentation meets electronically generated/sequenced elements, it is natural that there be some compartmentalisation in the listener’s interpretation of what they hear. At times (as in ‘Orphan Drug’) the effect is predictable enough – quasi-industrial beats introduce the main melodic motif (the latter a simple six-note hook) and grow in presence as the melody is quantised and distorted into screeching electrical feedback.

Volume and intensity increase until the piece is on the verge of unbearable. Abruptly, the tack changes and at about two minutes in, becomes a languid brushed-snares and alto saxophone meander. Although the clarity distorts and breaks down towards the end, Disintegration Loops-style, there is a feeling on listening that the point is being laboured a little. Yes, there is the inhuman harshness of the Russian winter (the band does actually hail from Moscow), and there are oases of human creativity and warmth scattered therein, but we could perhaps do with a little less signposting. style=”border: 5px solid black; margin: 15px;” src=”https://www.trebuchet-magazine.com/wp-content/uploads/2015/02/foghdepot_stm.jpg” alt=”Fogh Depot” width=”90%” />

Elsewhere the juxtaposition is better-coalesced. ‘Tattoo’ is a compelling beats ‘n’ arabesques jam reminiscent of the flute solo on the Beach Boys’s ‘Feel Flows’ whilst following track ‘Dark Side of the Monk’, despite what may be a reference to the good Thelonious, draws more deeply on John Coltrane’s treatment of ‘Every Time You Say Goodbye’ (without being any the lesser for it).

Which may be laying the claims on a little thick, but isn’t far off the truth. This is brooding jazz with an electronic twist or, if you prefer, brooding electronica with a jazz twist. Not especially convention-breaking in either genre, as a meeting point for both, Fogh Depot fills a niche nicely. A tundra-jazz filmic soundscape without the saccharine predictability of actual focus-group sci-fi soundtracks. Distopia at a distance, intensity without upset.

If you like your jazz uncompromising and anarchic, Dead Neanderthals would fit better on your ‘to check out’ list, or Trioscapes for that matter (whose jazz/hard rock fusion achieves many of the same flavours as Fogh Debut but with different sonic ingredients).

If, however, your gamut of musical experiences is missing cold urban sophistication in Phrygian mode  woodwind/D’n’B grooves, search no more.